Talleen Abu Hanna, who won Israel’s first Miss Trans competition in May, has spoken highly of her home country. 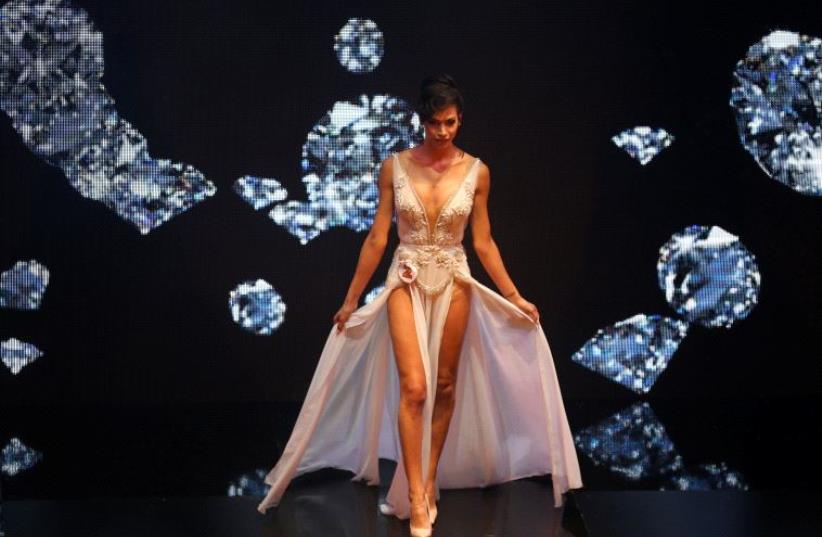 Talin Abu Hanah walks on stage.
(photo credit: REUTERS)
Advertisement
Israeli Talleen Abu Hanna came in second place at the Miss Trans Star International Pageant. But for the 21-year-old, the possibility to compete already felt like a win.“Here all of us are winners already, we won our life,” Abu Hanna said, according to AFP.Abu Hanna, a Christian Arab from Nazareth, was among the 25 transgender women who competed for the Miss Trans title this weekend in Barcelona, Spain. At the end of the event, the judges crowned Brazil’s Rafaela Manfrini the winner.The Israeli representative hopes her experience can inspire other Arabs, who may feel trapped “inside a cage.”“I became a woman and I found peace between my body and my soul,” she said.Abu Hanna, who won Israel’s first Miss Trans competition in May, has spoken highly of her home country.“Our country allowed me, a Christian Arab from Nazareth, to end the war between my soul and my body. So if it made peace for me, our country is only a country of peace,” Abu Hanna said in May, according to Haaretz.
Talleen Abu Hanna, Miss Trans Israel 2016
The pageant runner-up also works as a model and is starring in an ad campaign for Desigual.