Calexico returning to Israel in July

One of America’s most accomplished bands, Calexico, is returning in July for its fourth visit to Israel next month, in support of their new album El Mirador. The concert will take place on July 30 at the new Kav Rakia outdoor venue at Park Ariel Sharon, near Ben-Gurion Airport.

For over 20 years, multi-instrumentalist Joey Burns and drummer John Convertino have led a sprawling musical adventure that has used its rustic desert base to springboard into everything from lo-fi rock and Springsteenian Americana to spaghetti western noir, mariachi and Portuguese Fado.

The band has collaborated with like-minded artists, from Neko Case to Iron & Wine, and played integral roles in the soundtrack to the 2007 film on Bob Dylan, I’m Not There.

Speaking to The Jerusalem Post before the band’s last show in Israel in 2016, Burns talks about his affection for Israel and what he’s learned from his prior visits.

“We have our own examples of tragedy and violence, and we’re involved in several conflicts around the globe. And that’s part of why we want to come to Israel – to talk to the people and to see and encourage other artists who are perhaps doing something to better the situation,” he said. 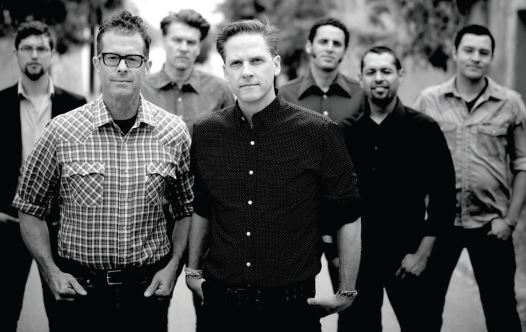 According to the Post’s review of the band’s 2009 show at Tel Aviv’s Barby Club, the band managed to transport a packed bar, full of Israelis, into a world right out of a Cormac McCarthy novel that combined jazz, Mexican folk, old country, Americana, southern rock and psychedelic rock, but it relies mainly on a trumpet duo, traditional Mexican folk influences and twangy steel guitar.