‘Rabin, the Last Day’ focuses more on the PM’s death than his life. 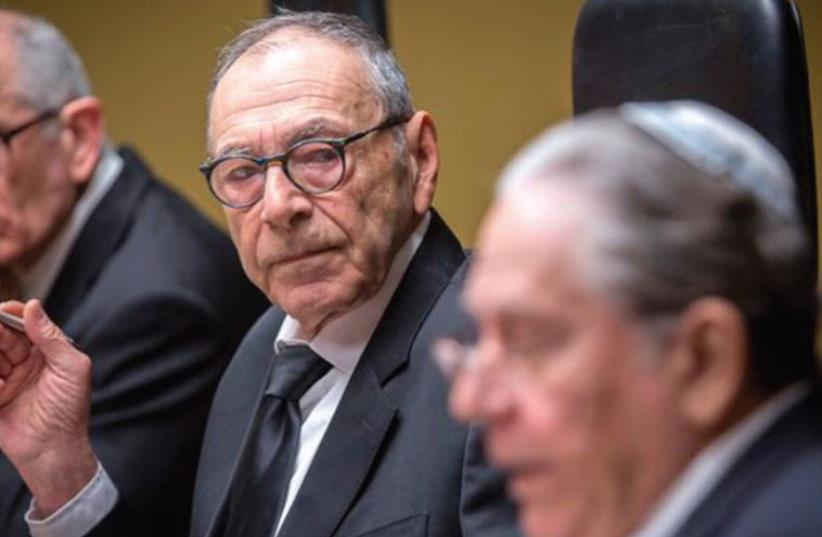 ‘Rabin, the Last Day’ movie
(photo credit: PR)
Advertisement
Rabin, The Last Day
Hebrew title: Rabin, Hayom Ha’aharon
Directed by Amos Gitai
Written by Gitai and Marie-Jose Sanselme
Running time: 153 minutes.
In Hebrew. Check with theaters for subtitle information.This month marks the 20th anniversary of the assassination of prime minister Yitzhak Rabin. Rabin was many things in his life, but only in the final 10 minutes of his 74 years was he a victim. However, much of the coverage of him has focused on his victimhood, and the latest of these is Amos Gitai’s film Rabin, the Last Day.Using reenactments and archival footage, it details the efforts of the Shamgar Commission to delve into the circumstances leading to his death and investigate the incitement against him in both public and private settings.At times, the film devolves into a kind of political pornography, zeroing in on Rabin’s helplessness during his last moments, particularly in gruesome reenactment sequences where he is shoved into a car after being shot, and at the hospital where doctors try to revive him. It reminds me of a television documentary marking the 10th anniversary of his assassination, which went into great detail about his injuries and whether doctors could have done anything differently to save him. There’s nothing wrong with examining these moments in Rabin’s story, but it misses the point of why we still care about him and his legacy.Although Gitai is a committed Leftist – there is no mistaking his point of view here – this emphasis on the last minutes of Rabin’s life seems to turn Rabin into an object.One of the few Israeli leaders who ever significantly changed direction out of conviction (most politicians only change their ways when they are about to lose an election or be indicted), Yitzhak Rabin was an intriguing and charismatic leader, not to mention a true hero.Focusing on the bloody chaos of his last few minutes seems reductive, a victory to those who incited against him.Because of Gitai’s prominence abroad, this movie has been widely shown, including at the Venice and Toronto international film festivals.For those outside of Israel, it is most likely the only movie they will ever see about Rabin. That’s unfortunate, since all they will learn is that the Right demonized him, security was sloppy at that rally, and he was shot and killed.I recently saw the documentary Rabin in His Own Words, and it was just that. Using clips from interviews, press conferences, home movies and letters, a layered portrait of Rabin emerged: a man who was at times surprisingly playful and affectionate but who also was willing to face unpleasant facts head on. Years ago, many journalists were indignant over Rabin’s general impatience with the media. Now it’s refreshing. He spoke only when he had something to say, and that’s why many of his interviews seem so prescient today.That leader is almost entirely absent from Rabin, the Last Day.There are a few clips of Rabin, but much more time is given to reenactments featuring Yigal Amir, his killler, who is portrayed by Yogev Yefet. Amir has gotten a lot of screen time lately. He features prominently in the recent documentary Beyond the Fear, which looks at his marriage while in prison, and was the focus of controversy this summer when Minister of Culture and Sport Miri Regev threatened to withdraw government funding from the Jerusalem Film Festival if it was shown.Watching that film and this one, I have exactly the same insight into Amir that I had when I read news accounts of him after the killing: He comes off as a small-minded narcissist. Gitai’s movie adds nothing we don’t already know about Amir and those who incited him.As I watched the commission delve into the minutiae of which security guard stood where on that fateful night, I wondered what someone who knew little about Rabin would make of this movie.It’s certainly important that the Shamgar Commission made its inquiry, but it’s so rare that a movie about recent history gets made and shown, that this seems like a wasted opportunity. Could the security have been better? Of course. Were the inciters hateful? Definitely. But there is a gaping hole at the heart of this movie where Rabin should be. His death, rather than his life, is the star of this film.