Baba Joon will be the official Israeli selection for consideration for one of the 5 nominations for the Oscar for “Best Foreign Language Film.” 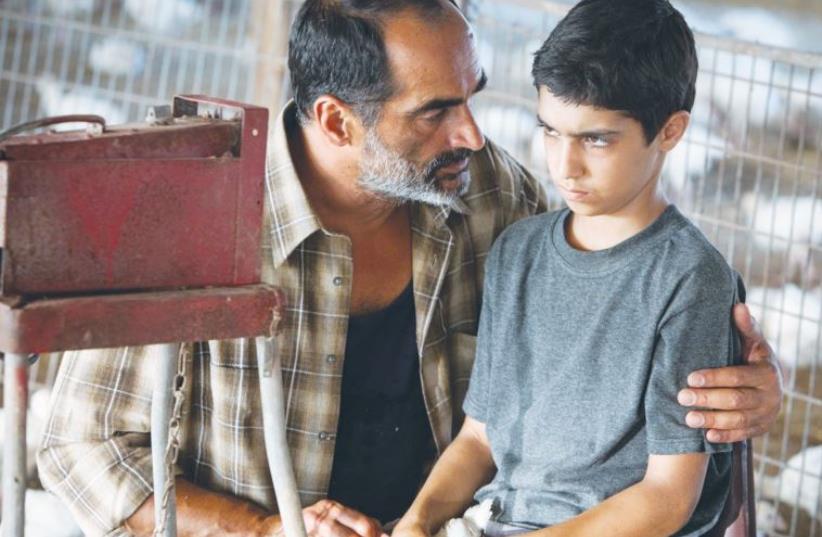 ACTOR NAVID NEGAHBAN puts his arm around Asher Avrahami in a scene from ‘Baba Joon,’ the Ophir Awards Best Picture winner
(photo credit: Courtesy)
Advertisement
Baba Joon, the story of a father-son conflict in a family of Iranian immigrants living in the Negev directed by Yuval Delshad, was awarded “Best Picture” at the Ophir Awards prize ceremony in Ashdod Monday night.The Ophir Awards are the prizes of the Israeli Academy for Film. The award means Baba Joon will be the official Israeli selection for consideration for one of the five nominations for the Oscar for “Best Foreign Language Film.”Baba Joon, Farsi for “Dear Dad,” stars Navid Negahban, the Iranian actor who played Abu Nazir in the US television series Homeland (which is based on the Israeli series Hatufim (English title: Prisoners of War).The “Best Director Award” went to Erez Tadmor for Wounded Land, the story of police officials coping with a terrorist attack that affects their families.“Best Screenplay” went to Elad Keidan for Afterthought (aka Staircases), about two men and their wanderings through Haifa.Moran Rosenblatt, one of the rising young stars of the Israeli film industry, won “Best Actress” for her performance as a mentally disabled woman in Wedding Doll.Roy Assaf received the “Best Actor Award” for his performance as a troubled police officer in Wounded Land. Assaf was also nominated for “Best Actor” for Wedding Doll and for “Best Supporting Actor” for The Kind Words. In 2012, he won “Best Actor” for God’s Neighbors.Two veteran actors won in the supporting categories: Dvora Kedar for Fire Birds and Norman Issa for The 90 Minute War.Censored Voices, by Mor Loushy, about soldiers’ experiences in the Six Day War, won “Best Documentary.”Israeli feature films have been nominated for the “Best Foreign Language Film” Oscar 10 times, including four times in the past eight years, but none has won. The short list of potential nominees for that prize will be released in early January.Culture and Sport Minister Miri Regev announced at the ceremony that the government would be adding funds to its film-development budget.