Keeping their word, Backstreet’s back in Israel

The Backstreet Boys will meet and greet fans in Ra’anana. 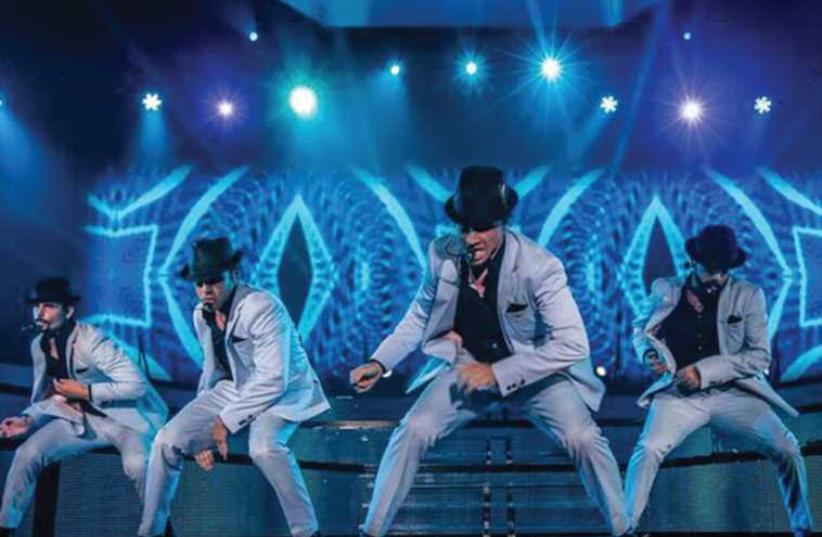 The Backstreet Boys
(photo credit: PR)
Advertisement
It could have easily have been a polite brush-off.After Operation Protective Edge was launched by the IDF last summer, many of the season’s visiting musical artists had to decide whether to cancel their shows or head to what appeared to be a war zone, with Hamas-fired rockets falling on Jerusalem and Tel Aviv.American teen sensations from the 1990s, the Backstreet Boys did what any reasonable act would do – they backed out of three sold-out shows slated for the end of July at the Ra’anana Amphitheater. In a statement, the group wrote, “This is a major disappointment for the band and fans, as this was to be our first visit to Israel, and we looked forward to meeting our fans. We’re already working with the producers on new dates during spring 2015 and will notify everyone about this as soon as possible. Sending lots of love to everyone.”Yeah, sure. That was never going to happen.But true to their word, less than a year later, Backstreet’s back! The dapper vocal quintet have honored their pledge and will be appearing at the same venue in Ra’anana on May 19, 20 and 21 as part of their In a World Like This global 2015 tour.Beyond their evident talent and crowd-pleasing music, loyalty like that has kept the Backstreet Boys in the limelight and in their fan’s hearts, even as they’ve transitioned from boys to men with receding hairlines and slightly bigger middle-age waistlines.The Florida-based boys – A.J. McLean, Howie Dorough, Nick Carter, Brian Littrell and Kevin Richardson (who rejoined the group in 2012 after a multi-year hiatus) – answered an ad in 1993 that was looking for members to join a singing group with “a New Kids on the Block look with a Boyz II Men sound.”However, within a short time, thanks to smooth, ear-friendly pop and r&b hits like “I Want It That Way,” “Quit Playing Games with My Heart,” “Everybody (‘Backstreet’s Back’),” “Shape of My Heart” and “Unbreakable” and a natural onstage chemistry, they quickly surpassed their boy band antecedents.The multi-generational fan base that propelled the harmony-heavy tunesmiths into the stratosphere – more than 130 million albums sold worldwide; seven consecutive albums in the top 10 of the Billboard Top 200 – won’t mind a few signs of age.Because, according to recent reviews, maturity fits the Backstreet Boys as snugly as their matching suits.A review of their sold-out show in the Philippines last week described the middle-aged audience evoking teen-like hysteria in greeting the group, who went on to provide a visually riveting, musically satisfying career-ranging overview of their upbeat and heartfelt repertoire.“They did prove to everyone why they are, in fact, the best-selling boy band to date,” wrote the reviewer, citing their ability to channel various styles from doo-wop to hip hop with ease, praising their synchronized dance steps undiminished by time and lauding their turns behind instruments where they displayed their musical prowess.Local fans are champing at the bit to step back into the 1990s for an evening. Sharon, a 55-year-old Jerusalem resident will be attending one of the shows with her 26-year old daughter.“We loved them back in the day, and their music is still upbeat and fun to listen to,” she said.Backstreet fever will officially be launched next week when the YES Docu channel broadcasts the BBC documentary Backstreet Boys: Show ‘Em What You’re Made Of on Sunday, May 17, at 10 p.m.And if taking the fedora out of the closet and shimmying at the Ra’aanana Amphitheater isn’t enough of a Backstreet fix, there’s even more available. Die-hard fans will have the opportunity to meet the group at an after-party taking place following the final concert at the trendy Morfium Club at the London Mini-store in Tel Aviv. For prices ranging from $150 to $250, fans over age 18 can meet and greet the band and pose for a group photo with them on a red carpet. And party like it’s 1999.The Backstreet Boys will perform at the Ra’anana Amphitheater on May 19, 20 and 21.