‘Bieber fever’ expected to once again hit Israel next year

Beiber's 2011 visit to the Holy Land prompted major traffic jams that put half of Tel Aviv in gridlock and thousands of teenage girls gathering at Park Hayarkon. 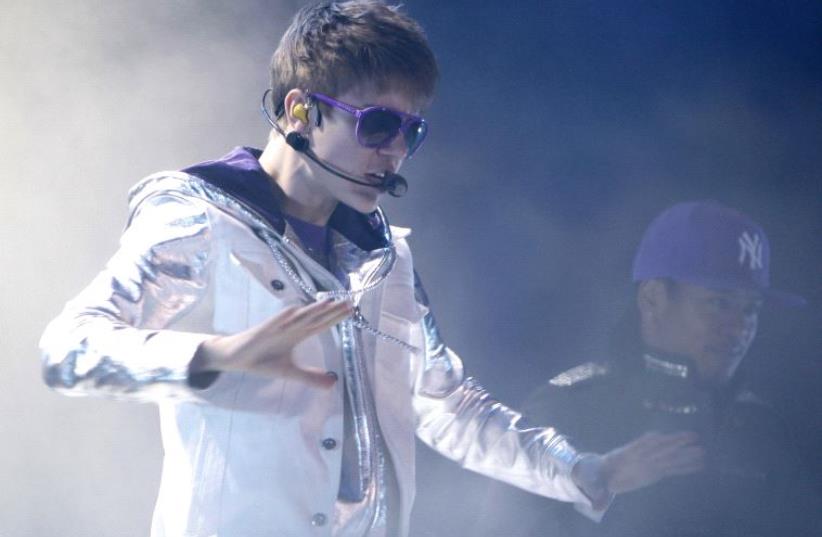 Justin Bieber performing during his 2011 concert in Tel Aviv
(photo credit: REUTERS)
Advertisement
Canadian pop idol Justin Bieber is expected to return to Israel to perform at Park Hayarkon in May of next year. Bieber last performed in Israel in 2011. Bieber released his fourth album, Purpose, in 2015, and is supporting it with the Purpose World Tour, which will likely include Israel.
Bieber was barely into his teens when he released his 2009 debut, My World, and became one of the youngest success stories in contemporary pop when it went either platinum or double platinum in several countries. Over the last few years, the 22-year-old Bieber has tried to shed his teen heartthrob status, collaborating with hip hop artists such as Diplo, Major Lazer and Drake.
Ticket information has not yet been announced.Beiber's 2011 visit to the Holy Land prompted major traffic jams that put half of Tel Aviv in gridlock and thousands of teenage (and younger) girls gathering at Park Hayarkon to scream at the top of their lungs, wave signs and beg their moms for a poster or a T-shirt featuring the object of their affection.Security at the concert was beefed up, presumably to keep the masses from trampling each other in an attempt to get closer to the well-coiffed Canadian singer – and as Bieber flirted with the crowd, it seemed like there would be a stampede of lovestruck teens.Judging from Bieber’s Twitter account, though, the security may have been meant mostly to keep the ravenous press at bay.Once the 17-year-old pop star arrived in the Holy Land, the paparazzi were never far behind, leading Bieber to tweet to his nearly nine million followers: “You would think people would have some respect in holy places. All I wanted was to walk where Jesus did here in Israel.”Bieber also lamented via Twitter that he was being “pulled into politics,” after a rumor was spread that he canceled a meeting with Prime Minister Binyamin Netanyahu because children from towns near the Gaza border planned to attend.Press from around the world reported about a “Bieber-Bibi Summit,” that according to official sources, was never on the agenda.Lahav Harkov contributed to this report.