“I have everything from Brazil, the colors, the joy from Brazil. I think I am more Brazilian than Israeli.” 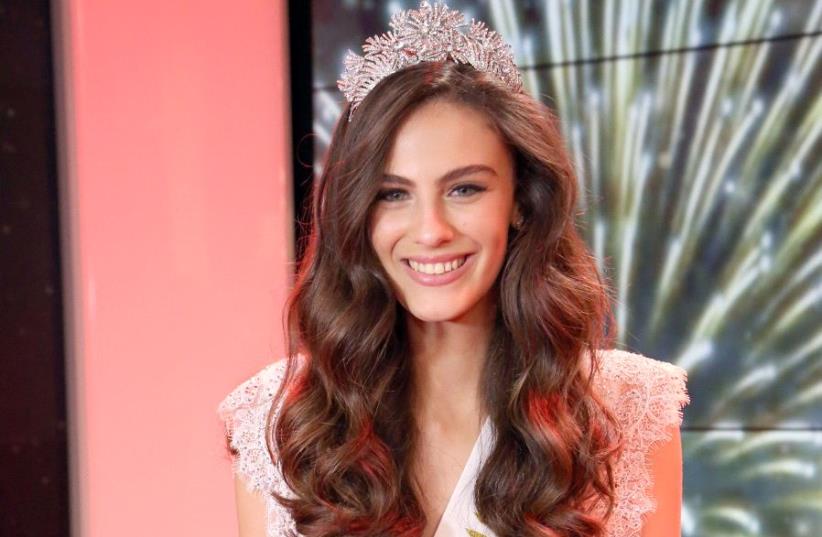 Miss Israel 2017 runner up Adar Gendelsman
(photo credit: MOSHE SASSON/COURTESY 'LA-ISHA')
Advertisement
RIO DE JANEIRO — An Israeli beauty queen’s Brazilian roots, which have been cited as a differential to her winning the upcoming Miss Universe pageant, put her in the spotlight in local media.


“I have everything from Brazil, the colors, the joy from Brazil. I think I am more Brazilian than Israeli,” this year’s Miss Israel, Adar Gandelman, said in accented but fluent Portuguese during an interview with Record TV channel at her home in Israel’s southern coastal city of Ashkelon.Gandelsman, 19, was born one year after her Brazilian-Jewish parents Azril and Ana moved to Israel in 1997 from Recife, the Brazilian city that is home to the oldest synagogue of the Americas, the Kahal Zur Israel.
The crowning of Miss Israel 2017, Rotem Rabi (credit: YNET STUDIOS)

Night out in Vegas⭐️ Outfit by- @galita_fashion Jewelry by- @kerenwolf
A post shared by Miss Universe Israel (@adar_gandelsman) on Nov 15, 2017 at 8:09pm PST


“She will represent Israel, but her DNA is Brazil’s,” Gandelsman’s father declared.Jewish website Alef News referred to Gandelman not as an Israeli native but as the “daughter of pernambucanos,” as those born in Brazil’s Pernambuco state are called.

Today! Its our national costume fashion show and contest!!! Wish my amazing Wonder Woman costume will win thanks to the best design @aviadarikherman
A post shared by Miss Universe Israel (@adar_gandelsman) on Nov 18, 2017 at 4:38pm PST


Brazil’s largest news website UOL highlighted Gandelman’s family origin and unveiled some personal details including the fact she is currently serving her second year of Israel’s mandatory military service and dreams about running a fashion brand.Gandelman, who is currently in Las Vegas to participate in the Miss International Beauty Pageant on November 26, made headlines last Tuesday for posing with Miss Iraq, Sarah Idan, in photos on their respective Instagram accounts.


“Peace and Love from Miss Iraq and Miss Israel,” she wrote, adding that Iraq’s beauty queen was “amazing.”