The multi-platinum, Grammy-winning star was spotted by fans at the Western Wall before her first-ever Israel gig. 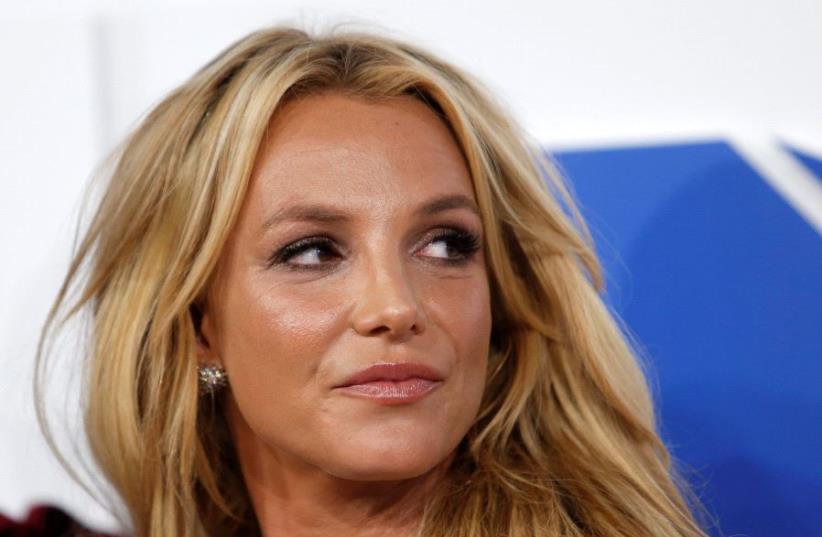 Singer Britney Spears arrives at the 2016 MTV Video Music Awards in New York
(photo credit: REUTERS)
Advertisement
Pop music sensation Britney Spears was spotted at the Western Wall on Sunday, ahead of her much-anticipated Tel Aviv concert that wraps up her summer Asia tour.Pictures showed up quickly on Twitter of the megastar at the holy site in Jerusalem.


Photos also surfaced of Spears touring what appear to be the tunnels underneath the Western Wall.

Prime Minister Benjamin Netanyahu's office refuted an earlier report by Ynet that Spears was supposed to meet the premier and visit children at Hadassah Hospital, but after being mobbed by fans at the Western Wall, she decided to reschedule the visit. The Prime Minister's Office told The Jerusalem Post that no such meeting was ever confirmed. Spears arrived in Israel early on Sunday morning and fans could not stop playing paparazzi and snapping pictures of the pop-diva on her hotel balcony.


More than 50,000 people are expected to brave the scorching temperatures when Spears takes the stage Monday in Hayarkon Park for one of Tel Aviv's hottest concerts this summer."I’ve had such an amazing time performing in Asia over these last few weeks!! One final stop in Tel Aviv on Monday!!" she wrote on Twitter on Saturday before departing for her first-ever concert in Israel.

I’ve had such an amazing time performing in Asia over these last few weeks!! One final stop in Tel Aviv on Monday!! pic.twitter.com/vd5QfjipMC
— Britney Spears (@britneyspears) July 1, 2017


Last week, the bombshell posted a video to social meeting addressing her awaiting fans in Tel Aviv. "Tel Aviv here I come!" she wrote in the caption to a short recording addressed to Israeli entertainment reporter Guy Pines. "Hi Guy, we're getting super close to the show now - July 3 at Park Hayarkon - I can't wait to see you all there and hope you're all ready to party," she said in the clip.


Born in Mississippi and raised in Louisiana, the the multi-platinum, Grammy-winning star gained worldwide fame in the late 1990s and 2000s with hits such as 'Oops!... I Did It Again,' 'I'm a Slave 4 U,' and 'Crazy.' Hailed as the 'Princess of Pop,' Spears has sold nearly 150 million records worldwide.  Spears's performance in Israel will be the latest among a star-infused summer lineup that has already seen sensations such as Justin Bieber and Aerosmith and will later see Radiohead and Guns N' Roses.