Laura Jurd is a young artist to be marked and followed. Tenderness of age notwithstanding, the 25-year-old British trumpeter already has a burgeoning discography to her name. 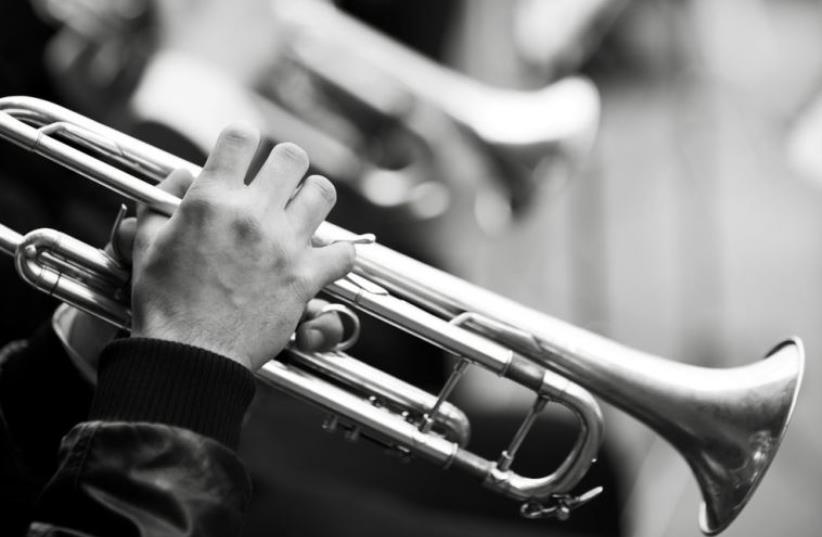 Laura Jurd is a young artist to be marked and followed. Tenderness of age notwithstanding, the 25-year-old British trumpeter already has a burgeoning discography to her name, and has just released her third album, as part of the Dinosaur quartet.Her debut showing, Landing Ground, which came out in 2012, was an impressive inaugural showing and showed her to have a fine grasp of rich compositional purpose. She had a string quartet in tow for the occasion, but the other three members of the Dinosaur band – keyboardist Elliot Galvin, bassist Conor Chaplin and drummer Corrie Dick – were on board back then too, and Dick was also around to keep things solidly and inventively anchored on Jurd’s sophomore recording, Human Spirit, which came out early last year.Together, As One provides incontrovertible evidence that the young Brit is certainly going places, and possesses a good nose for adventuresome turns of sonic exploration. There is a ne’er a dull moment on the eight-track record. The opener, “Awakening,” is a good intent signaler and Jurd is clearly a fan of Miles Davis, and particularly his late Sixties-early Seventies fusion period. It doesn’t take a jazz archivist to get the nods to In a Silent Way or Bitches Brew, released in 1969 and 1970 respectively.The fray slips deeper into Davis fusion groove on “Underdog,” with Galvin laying down reverb-enhanced lines of which Davis’s sidemen, over four decades ago, Chick Corea and Joe Zawinul, would have been right proud. Meanwhile, Jurd ups the Davis resemblance ante on muted horn.The quartet members aren’t exactly averse to a modicum of contemporary, more commercially oriented sounds either, and there is plenty of distortion in the mix on “Living, Breathing.” Dick works up a storm, which is nicely offset and complemented by far more laid-back trumpet and keyboard lines, while the bass nimbly trips the betwixt domain. And, if you’re in the mood for the odd ethereal departure, that is well addressed with the album closer which, despite its position in the track order, is idiosyncratically called “Interlude.”Possibly the quirkiest part of Together, As One, from an Israeli perspective, is Robin. There is a tendency among quite a few of our fine jazz-playing boys and girls to serve up what is generally – and somewhat denigratingly – known as “falafel jazz.” That refers to numbers with a pretty main melody with, generally, a distinctly Jewish and/or Israeli tinge to it. Robin incorporates something akin to that, but Jurd leads from the front as the four-pronged effort takes all manner of intriguing turns.

GERARD PRESENCER – DANISH RADIO BIG BAND
Groove Travels
Edition RecordsLondon-based Edition Records naturally focuses primarily on British jazz artists, but also takes in some interesting Scandinavian endeavor, such as bassist Jasper Hoiby. While Hoiby – who benefited from Laura Jurd’s sideman skills on his latest album, Fellow Creatures, relocated to London a few years ago, British trumpeter Gerard Presencer moved the other way and, for his latest release, enlisted the formidable support of the Danish Radio Big Band.Groove Travels, too, is a multifarious offering, and a finely crafted one. It opens with “Another Weirdo” which has the leader blowing mellifluously tender lines on flugelhorn, with the 21-piece ensemble fully in synch, engaging some “i” dotting and “t” crossing. It is a deftly balanced effort that ebbs and flows almost imperceptibly.Presencer explains in the liner notes that the titular “grooves” come from all kinds of places, cultures and temporal slots in his 25-year working life to date. They take in Middle Eastern riffs, bluesy trails and Latinesque material, all adroitly mixed and seasoned to produce a tasty spirited and textural brew.The leader clearly has an expansive zone of reference, and the arrangements are watertight, and just equally fascinating, throughout. On “Blues for Des,” Presencer and the gang ramp up the energy level, before matters take a more gentle turn on “Ballad” or “Tango for the Misunderstood.”Things move in a decidedly more down-and-dirty direction with “The Devil’s Larder,” somewhat mitigated by Presencer’s trumpet top lines, but there’s generally a snarl in there somewhere.And the Fab Four would, no doubt, applaud the trumpeter’s Latin- leaning scoring of the Beatles’ “Eleanor Rigby.”

KERSTIN HABERECHT
Essence
Double Moon records Kerstin Haberecht is another young horn-playing leader to watch out for. Essence is the 28-year-old German saxophonist’s debut album, and she clearly has a mature head on her young shoulders.This is a quartet effort, with compatriot sidemen Nicolas Hering on piano and Fender Rhodes, Bastian Weinig on bass and Mathis Grossman on drums. Haberecht paid her dues before getting down to putting out her own work – she penned all nine tracks – and her big-band experience plainly stood her in good stead for this project.The leader alternates between gossamer lines, such as on “Lullaby for M,” and shows she is not afraid of dishing out more robust stuff, as exemplified by a dynamic solo on “The Machine.” Things get a little dark on the more amorphous “Schlafloser Februar,” as one would expect from a number the title of which translates as “Sleepless February.”Haberecht knows where her jazz comes from, and is evidently fully conversant with the roots and confident enough to take them with her on her own journey. Essence is a fine debut.
Advertisement
Subscribe for our daily newsletter