Singer arrives after performance in Hong Kong with large entourage. 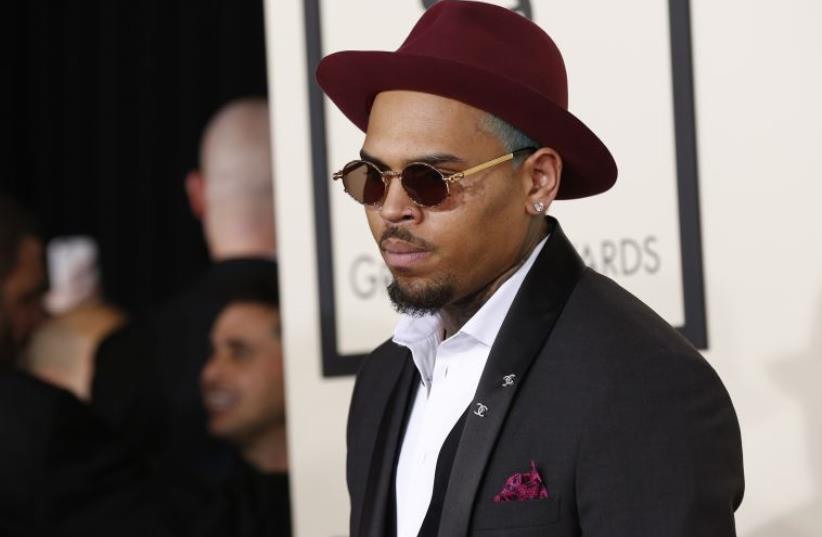 Singer Chris Brown arrives at the 57th annual Grammy Awards in Los Angeles, California February 8, 2015.
(photo credit: REUTERS)
Advertisement
American entertainer Chris Brown landed in Israel early Monday morning ahead of his evening show in Rishon Lezion.Brown and his entourage, which includes six bodyguards, checked into Tel Aviv’s Dan Hotel. The group had intended to tour religious holy sites in Jerusalem, including the Western Wall, but their late arrival in Israel forced a scheduling change and they stayed in the hotel until leaving for last night’s performance.


On Monday morning the singer and dancer performed acrobatics on the Tel Aviv beach to the amazement of passersby.Brown came to Israel following a tour stop in Hong Kong. His next scheduled show after Israel is in Cyprus.
Advertisement
Subscribe for our daily newsletter