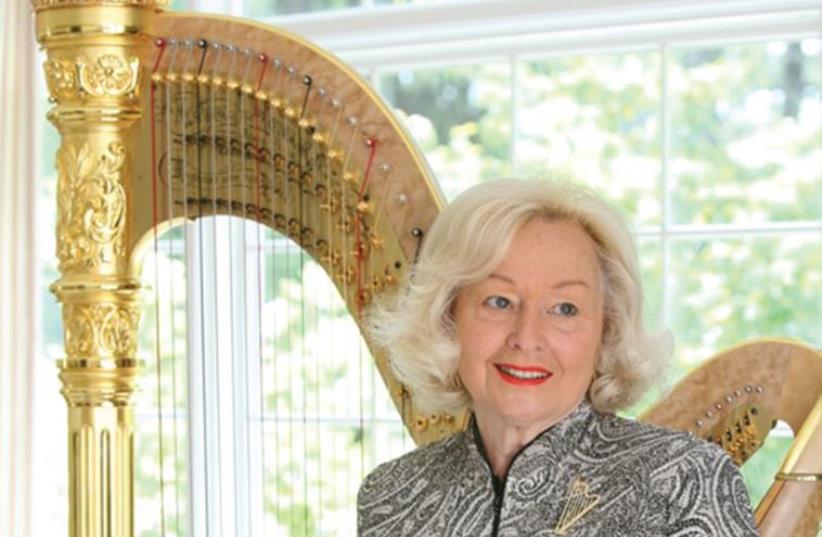 Heading the panel of judges is Susann McDonald
(photo credit: PR)
Advertisement
The 19th International Harp Contest takes place in Acre from November 23 to December 3. This is the first time that the historical city in the North is hosting this triennial event. Established in 1959, the contest is considered the most important competition for harp players in the world.The competition in Acre will host 26 aspiring musicians under the age of 35 from all over the world. A concert of the Haifa Symphony under Doron Solomon, featuring award-winning French harp soloist Anaïs Gaudemard, opens the contest on November 23 at 8 p.m. at the Acre Auditorium (24 Giborei Sinai Street).The three first stages take place at the Knights’ Halls in Old Acre. For the final, when the harpists perform with the orchestra, the competition returns to the auditorium.The winner of the first prize, in addition to a monetary prize, will receive a gilded harp.Susann McDonald of Indiana University Bloomington will head the panel of judges.An American harpist, teacher and music life organizer, she is regarded as one of the most important personalities in the field of harp music. A graduate of Conservatoire de Paris, she won first prize at the Israel Harp Contest. Since then, she has been performing worldwide, in addition to her other music-related activities.“My mother played the harp in her teens in California, inspired by seeing my grandfather, who would take a harpist along to prisons to lead the inmates in singing hymns. So it really is due to my grandfather that I play the harp,” McDonald recounts.For a non-musician, the harp probably looks exotic.“I think the size of the harp is quite imposing in itself, but perhaps the most compelling aspect is its sonority, the special quality of sounds it produces, or rather, is produced by the player,” she says. “How beautiful to suddenly hear the harp emerge in the mélange of sonorities in a symphony.Its liquid, warm, sweetness tone quality is unique. A famous harp teacher once remarked, ‘The harp is to music what music is to life.’” McDonald goes on to say, “There in an enormous amount of music being written for the harp. The US International Harp Composition Contest is held every three years. This year, they have received 119 solo pieces from over 30 different countries! I think contemporary composers are fascinated by the variety of colors and sounds of the harp. The new piece written for the 2015 Israel Contest uses many techniques of plucking the strings, including requiring the harpist to sing, as well as play many different sonorities.Audiences find it very compelling.”She adds, “There is a proliferation of solo harp competitions throughout the world, so young harpists have many opportunities to hone their skills and to become wellknown artists. This has also encouraged harp soloists to appear more frequently with major orchestras and concert series.”

For the full contest schedule, visit www.harpcontest-israel.org.il.
Advertisement
Subscribe for our daily newsletter