Directed by Claudia Isabel Martin, some of the work’s difficulties were solved by simply deleting several of the most significant elements. 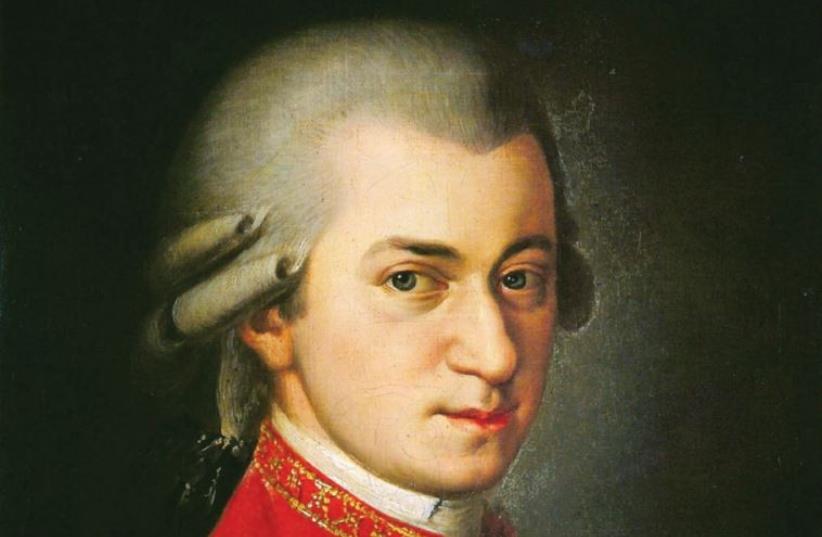 Wolfgang Amadeus Mozart
(photo credit: Wikimedia Commons)
Advertisement
A performance of Mozart’s opera The Magic Flute is an ambitious undertaking for the International Vocal Arts Institute’s master classes.Although quite like a fairy tale, this opera is one of the most demanding from both a technical and musical point of view. It therefore can hardly be expected to be rendered satisfactorily by singers who are, after all, still students, even if advanced ones.Operas by Haydn, Puccini, Offenbach or Humperdinck, for example, no less appealing but more manageable, would stand a greater chance of being performed perfectly.Substituting a piano for the orchestra is an amateurish procedure for “master classes” that pretend to professionalism, though pianist Tohar Gil did his best to make the piano sound orchestra-like. Without an orchestra, attendants could hardly have gotten a taste of what real opera is like. Watching Adi Bar waving his arms, conductor-like, at the solo piano playing the overture bordered on the ridiculous, especially as the pianist was too busy to cast a glance at the conductor. If an orchestra was unavailable, a lieder program would have been preferable instead.Directed by Claudia Isabel Martin, some of the work’s difficulties were solved by simply deleting several of the most significant elements.Thus, Tamino’s most important aria, “This picture is enchantingly beautiful,” was conspicuous by its absence.Absent also were Monostatos’ seduction aria without the presence of the seductee, Pamina, and the Queen of the Night and Monostatos’ attack of Sarastro, and more.Among the singers, Shira Patshornik’s clear, naturally charming soprano, as Pamina, sounded appropriately cute. So did Nevena Djokovic’s friendly soprano in the role of Papagena. As Tamino, Klajd Xama, deprived of his first aria, did not have much chance to display his appealing tenor. As Papageno, a comic role, baritone Aviram Freiberg made serious efforts to sing and act comically. Or Bennatan’s bass, as Sarastro, sounded hollering rather than dignified.His intonation was tentative, and he seemed unable to reach the lowest octave at the end of his aria “In these sacred halls,” climbing to the higher one instead. As Queen of the Night, it was unfair to sopranos Antonia Regis and Maya Cohen, still students, however advanced, to burden them with this, one of the most difficult coloratura roles, a stumbling block even for accomplished singers. Their intonation was fairly accurate, though the strain on their voices was audible.On the whole, this performance was a well-meant production of a high school-level event.