Cream of the crop

MEZZO, the popular TV channel dedicated to classical music, jazz and ballet, celebrates its 20th anniversary in conjunction with the IPO. 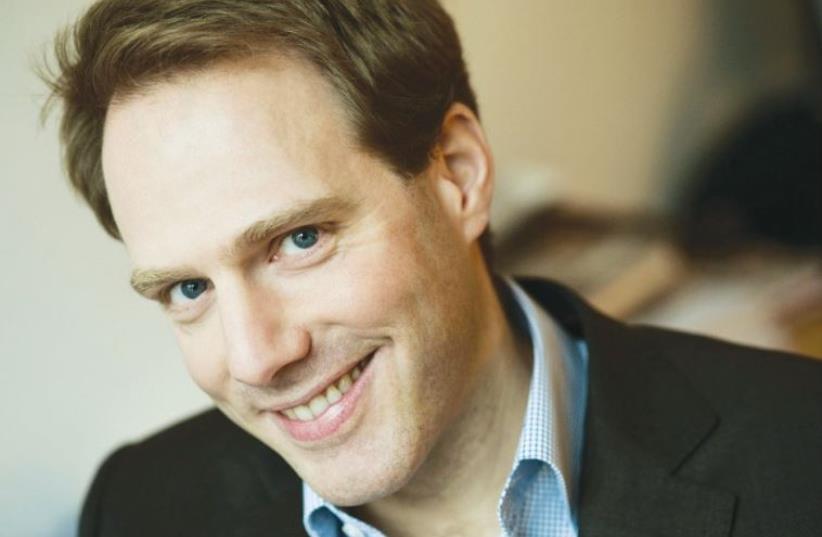 ‘WE TRY to think of ourselves like sports, in the sense that what we must offer to our customers is a kind of premier league of classical, jazz and ballet,’ says MEZZO CEO Christophe Winckel.
(photo credit: JEAN-BAPTISTE MILLOT)
Advertisement
MEZZO TV is accomplishing the nearly impossible in today’s world of streaming and downloading; it is an incredibly successful, subscription-based TV channel dedicated to classical music, jazz and ballet.Now in its 20th year, MEZZO is doing better than ever. Tonight, MEZZO will film the Israel Philharmonic Orchestra in Tel Aviv’s Heichal Hatarbut for an evening of Russian repertoire. Talit Communications represents MEZZO in Israel, which is carried on both HOT and YES. MEZZO’s CEO Christophe Winckel sat down with The Jerusalem Post to discuss the channel’s history, the concept of a premier league, and the longstanding partnership with Israel’s Philharmonic Orchestra.I know that MEZZO is in its 20th year. How did it all start?Two companies started in the beginning: the first was called Muzzek, and another parallel channel was launched called MEZZO. This was at the very beginning of paid TV. It was a project carried by French public broadcasters, who still own 40 percent of our capital. Finally, they merged in 2001 and became MEZZO. Another important date was April 2010 because that was the launch of the new channel MEZZO Live HD.What was the impetus to launch MEZZO Live?
The idea behind it was to offer something quite different; a new experience with the additional value of bringing high definition and the ability of sharing the emotion of performing arts, almost as if you were in the concert hall. Sometimes helping you to catch details that you wouldn’t be able to see even if you were in the best seats of the venue. This is why we decided to launch MEZZO Live; focusing on performing arts as a direct link to the greatest stages all around the world. Therefore, we are filming an average of 150 performances every year.We constantly refresh the filming of new events. We have a strong live events policy, which means we offer an average of 30 live events every year. MEZZO Live is really the ultimate concert hall, and is complementary to MEZZO itself because they are discovery channels. MEZZO is dedicated to classical, jazz and ballet. We have documentaries, short programs, master classes and clips featuring the most well known masterpieces of the repertoire. The purpose is to invite everyone to discover this world.It must be accessible to everyone.A few years ago, we were available in less than 40 countries with a subscriber community of less than 16 million. Whereas today, we are in almost 60 countries with nearly 30 million subscribers. We have really developed the channel and expanded the brand. Our goal is to share the passion.What is your connection personally to MEZZO’s content: classical, jazz and ballet? It has always been part of my life. I’ve been studying piano since I was a child. I used to sing as a child as well. My grandfather was a professional violinist. I’ve always been working in the field of classical music.I worked in the record industry previously with labels such as Warner Classics, and after that for media dedicated to classical music in France. But being part of MEZZO has been quite an enthusiastic adventure.It’s not easy in this day and age to have a successful subscription-based TV channel. How do you do it?We try to think of ourselves like sports, in the sense that what we must offer to our customers is a kind of premier league of classical, jazz and ballet, in terms of the most exclusive and greatest content coming from the greatest theaters and artists.This is why it has value. People are ready to pay for it because if you compare to the price you’d have to pay to attend a performance at the Metropolitan Opera for instance, it’s well worth it.What are some of the highlights that MEZZO will be featuring this summer? This summer, we have a line-up of the greatest jazz festivals. We will film some of them live, such as Gregory Porter at the Montreal Jazz Festival. This fall on MEZZO, we are celebrating the legend of classical music with black and white pictures, and famous artists. For the 20th anniversary, we are inviting all subscribers to go online and select the programming for the very last week of 2016. Meaning that they will have a short list of what we consider the most striking programs, and out of these, they will select the one they want to watch. It’s interactive and a good way for us to measure what they really like.In terms of the concert in Tel Aviv, you’re attending in person? Yes, I’m coming to attend and MEZZO is filming it. This will be filmed in 4k, which is a new format. We’ve had a longtime partnership with the Israel Philharmonic Orchestra. We often film maestro Zubin Meta, but this particular concert is a Russian program with maestro Vasily Petrenko and pianist Danil Tirfonov. It offers Rachmaninov’s 2nd Piano Concerto and Tchaikovsky’s 4th Symphony. These are two major masterpieces with great soloists and, of course, a great orchestra. The Israel Philharmonic Orchestra really belongs to the premier league. This is the reason why we are so proud and delighted to come every year to film them.For more information on MEZZO, visit http://www.MEZZO.tv/en.