The latest exhibit at the Hermann Struk Museum in Haifa examines the relationship between Israeli art and three generations of German Jewish artists. 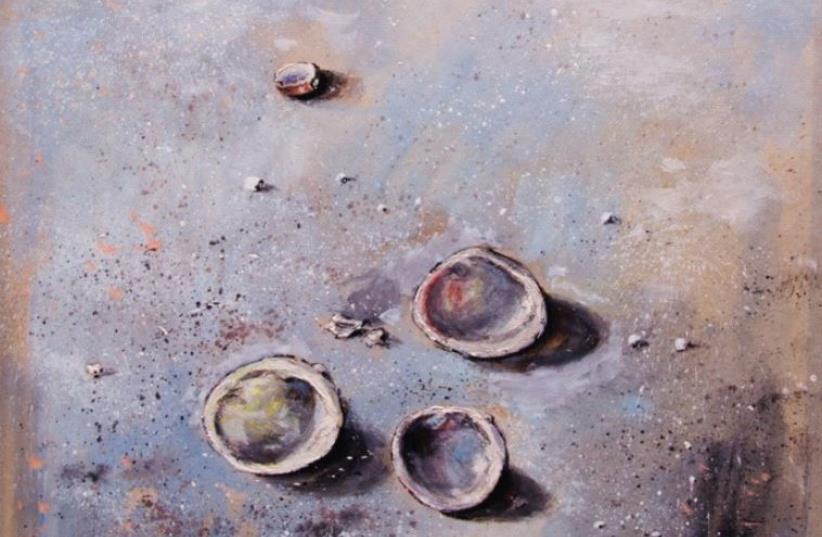 JOSEPH BUDKO ‘Village at Night.’
(photo credit: COLLECTION OF HAIFA MUSEUM OF ART)
Advertisement
The Israeli art scene owes a great deal to the German immigrants who came here, beginning in the 1930s, and infused the culture with European sensibility. The current exhibit, “New Bezalel: The German Influence in Israeli Art” showcases this under-appreciated relationship between Israeli art culture and German Jewish artists.The exhibit shows the artwork of three generations of German immigrants, including such famous names as Leopold and Greta Krakauer and Anna Ticho in the first wave; Jacob Steinhardt, Joseph Budko, Ludwig Schwerin, Jacob Eisenscher and Isidor Ascheim, who arrived in the second wave after the Nazis gained power; and the third wave, which included Joseph Hirsch, Jacob Pins and their followers. The exhibit runs through to November 16 at the Hermann Struk Museum in Haifa. Curator Irit Salmon spoke with The Jerusalem Post about the exhibit.

Can you talk about the backstory of this exhibit?
In the 1930s, many newcomers came from Germany and they were largely artists and photographers. They came here and had a shock because of the weather, and the culture, which was not what they were used to. They were accustomed to German expressionism. The previous aliya was Russian and Polish. In this country, no aliya accepts warmly the next aliya. It’s always like that. People are not nice to the olim. Anyway, the Germans came here and they did what they could.Some of them had been philosophers, and here, they cleaned the streets. The artists also did whatever they could; some painted houses, some worked as carpenters.More than that, the art community in Tel Aviv didn’t accept them so well because they were more abstract and had been heavily influenced by the French.So most of them found their way, slowly but surely, to Jerusalem. There were many Yekes (Jews of German descent) living in Jerusalem at the time, so it was a better fit. Now, the Bezalel Art School had opened in 1906 and closed in 1929.They needed a good school for art in Jerusalem at this time, so they founded a new school and called it The New Bezalel.The German olim joined the school and started creating art. They heard about the war and what was happening to the Jews in Europe, so that made it into a lot of the artwork. You can see the fear of World War II, and also the fear of what was going on in Palestine with the Arabs. The colors were minimal; there were a lot of drawings and prints in black and white.The artwork also reflected the dry, desolate mountains of Israel that were in stark contrast to the greenery of Germany.

This exhibit showcases the artwork of three generations of olim (new immigrants)?
Yes, three waves of olim who came from Germany to Israel, and how they affected and were affected by the New Bezalel art school shows in their work.New Bezalel opened in October of 1935.The students who studied there created quality and quantity. There was a wide range of artists creating. From this, they established new departments in the New Bezalel: graphic design, printmaking architecture, ceramics and photography were all new departments. They reflected the marriage of the European tradition with the Israeli culture. There is a special section of the exhibit dedicated to photography.Photography developed quickly during the time of WWII in Germany, and it was completely new in Israel. They used it in the newspapers, journals and of course, art. Many of the German olim who were photographers were women, and they did a lot for documentation and communication in Israel at that time.Many of them worked for institutions such as Keren Kayemeth [LeIsrael-Jewish National Fund] and Keren Hayesod [United Israel Appeal]. The German olim artists gave so much to this country.What differences in style can be seen among the artwork from the three generations?
First, it’s important to mention that the younger ones were students of the older ones. Every artist kept his own character; that’s very important. The artists were a product of where they came from, and also what was going on in Israel at the time when they were in school. The Arab riots were going on from 1935-1939, so that was a big influence on the first wave of olim. But it’s important to note that the professors at the New Bezalel were instrumental and outspoken in their belief that peace was possible and necessary. It was called “Brit Shalom.” It wasn’t so successful unfortunately, but they tried.How many pieces are featured total?
I think it’s about 40, so not such a big exhibit, but people have told me it’s very impressive.

So the response has been positive thus far from those who have attended the exhibit?
People said that they didn’t know it would be such a wonderful, creative body of art. They’ve really been very impressed. The exhibit is open for four months because it’s a museum, not a gallery. On the second level is where the photographs are exhibited. They are also making black and white prints there. So you can go and see the printmaking, as well as take a guided tour through the entire exhibit.For more info about ‘New Bezalel’ exhibit visit www.shm.org.il
Advertisement
Subscribe for our daily newsletter