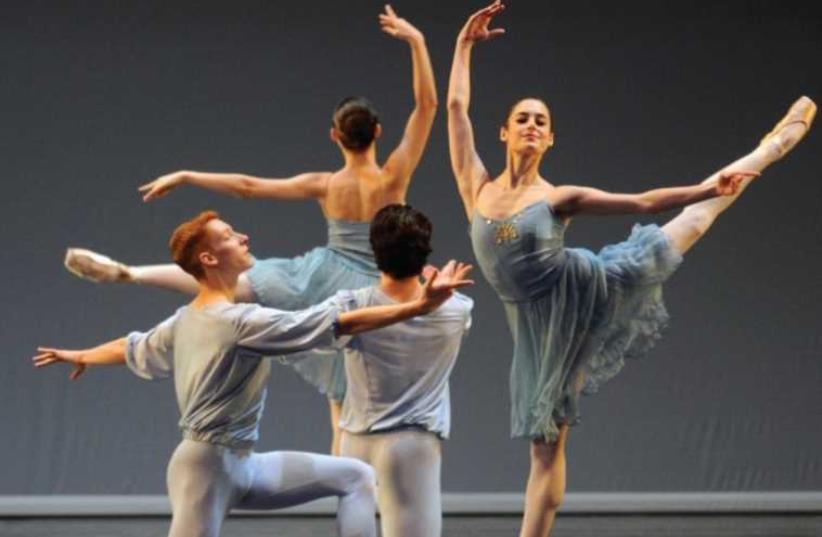 The Bavarian State Ballet
(photo credit: WILFRIED HISEL)
Advertisement
If you want to learn a bit about the history of ballet, you can audit a university course or buy a ticket to see the upcoming performance of Forever Young by the Bavarian State Ballet (also known as Munich Ballet) in Israel.The title hints at the timelessness of the ballets that comprise the program. As part of the Herzilya Performing Arts Center’s 2015 dance season, 18 dancers of the celebrated German troupe will present an evening consisting of six of the most important ballet works of all time. The style ranges from traditional classical ballet to neoclassical or contemporary dance.The evening features works created in the span of more than a century by men from across the globe. The oldest work entitled Le Corsaire (The Pirate), which premiered in January of 1856 with choreography by Joseph Mazilier.Following its Paris opening, Le Corsaire made its way through many countries, being restaged dozens of times. All modern versions of this ballet are based on the restaging done by ballet legend Marius Petipa.After Le Corsaire, the Bavarian State Ballet program jumps ahead by almost 100 years to American choreographer Jose Limon’s The Moor’s Pavane. Based on Shakespeare’s Othello, this quartet premiered at the American Dance Festival in 1949. Limon based each of the four dancers’ characters on one of Shakespeare’s main characters: The Moor (Othello), Iago, Desdemona and Emilia. Limon is one of the founders and pioneers of American modern dance. To this day, his movement technique is studied and practiced by dancers around the world.Next in the chronology belongs to the father of American ballet, George Balanchine. In 1956, Balanchine created Allegro Brillante, which was, in his words, “everything I know about the classical ballet in 13 minutes.” The piece is quick, dynamic and virtuosic in both its musicality and composition.Six years later, South African choreographer John Cranko revealed his take on Romeo and Juliet. Cranko’s version, which was originally choreographed for the Stuttgart Ballet, was quickly recognized as a stand-out work and went on to be performed by various companies throughout the world, including the Joffrey Ballet of Chicago.In 1978, American choreographer John Neumeier created a ballet based on Alexandre Dumas’s The Lady of the Camellias. The three-act ballet has been performed by many renowned troupes since, such as the Paris Opera Ballet, the Bolshoi Theater and American Ballet Theater.The newest in the program is Nacho Duato’s Jardi Tancat, or Shut Garden. This work was created in 1983, while the Spanish dancer/ choreographer was a member of The Netherlands Dance Theater. The ballet went on to win awards and acclaim for Duato, serving as a precursor to the international success he would enjoy a few short years later. Though Duato has choreographed dozens of ballets in the 30-plus years since, Jardi Tancat is largely considered his finest work.Principal dancers and off-stage couple Lucia Lacarra and Marlan Dino will star in many of the sections. The duo recently celebrated the birth of their first child and is thrilled to return to the stage in Israel.