They showed exceptional and passionate identification with the emotional content, which seems to ignite their overt expressiveness, particularly in Search for Humanism. 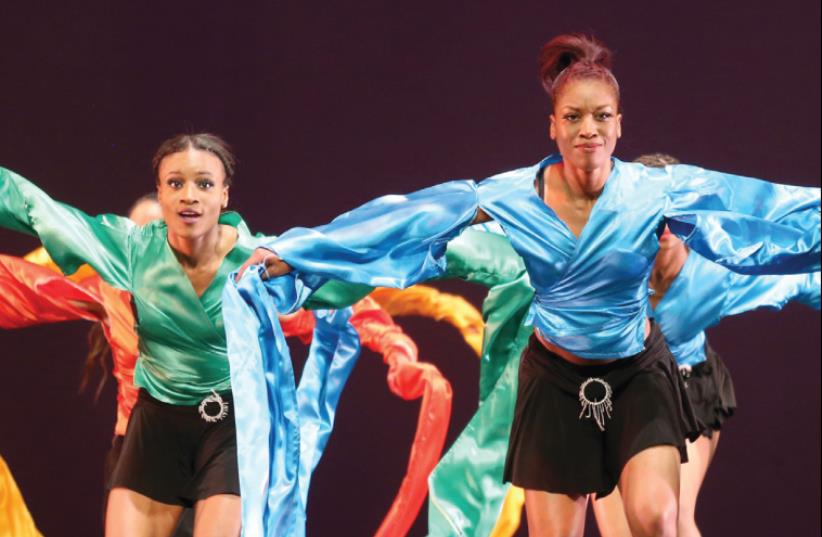 Lula Washington Dance Theater
(photo credit: Courtesy)
Advertisement
The combination of dancing for pleasure and the promotion of social agendas, airing of pro-life slogans, showing concern and protesting against wrongdoing is an important message promoted by the peppy Lula Washington Dance Theater.Washington was obviously inspired by the prominent black American choreographer Alvin Ailey, who became a role model for a line of Afro-American artists, who draw their materials from their own culture. Like them she looks for ways to modify ethnic African moves within modern and contemporary dance matrix.The group is composed of the dancers, who are dedicated to the social causes displayed by movements, gestures and verbal messages. They showed exceptional and passionate identification with the emotional content, which seems to ignite their overt expressiveness, particularly in Search for Humanism.Washington is inspired just as much by stage musicals and TV shows, concerned with more commercial entertainment which translates as dance made to please. It’s hard to bridge and pacify between those two paths without becoming didactic, or using simplistic slogans, which did happen in some numbers that night.At the end, their forte as a group is their incredible energy, fast moves, high jumps and the pleasure of dance they convey so well. They made great effort to communicate with the audience, ultimately getting the audience on their feet and responding to the dancers, dancing in sync with them for long moments.