Dance review: One. One & One

Like all of her pieces, Vertheim’s new creation is very aesthetic and fashionable. 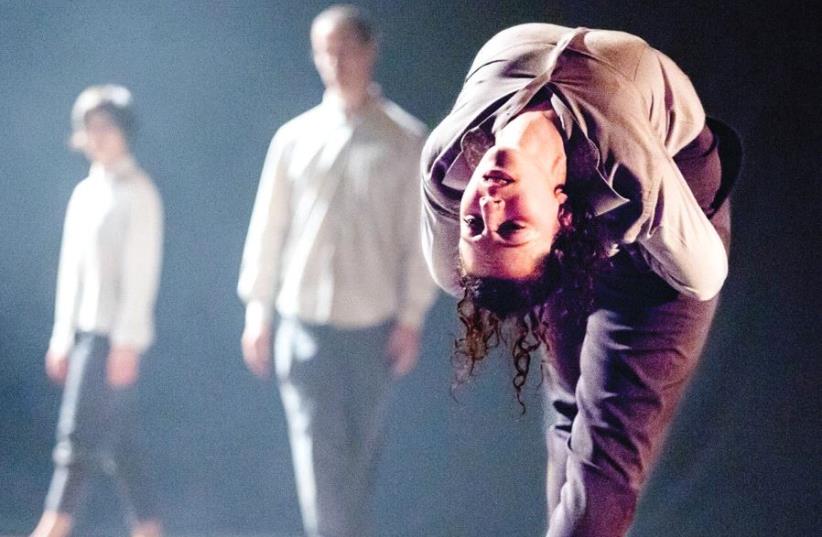 VERTIGO DANCE COMPANY’S ‘One. One & One.’
(photo credit: RUNE ABRO)
Advertisement
ONE. ONE & ONE
Vertigo Dance Company
Suzanne Dellal, February 15On its 25th anniversary, Vertigo Dance Company releases a new work, One. One & One by co-founder and choreographer Noa Vertheim. The piece sums up her artistic journey, which started with a down-to-earth, individualistic duet and ended with her being the artistic director of the fourth largest dance company in Israel, and is a spectacle, danced on earth-covered floor.Like all of her pieces, Vertheim’s new creation is very aesthetic and fashionable. Outfits by designer Sasson Kedem have a cleverly styled look in neutral and earth tones, capturing precisely the promoted image and basic essence of the company; an earthly spirituality.This new creation is freer and fresher than ever. It shows off new energy and an assured hand, perhaps partly to do with the spirited Israeli-Spanish choreographer Sharon Fridman, who was invited to work with the company two years ago.The production enjoys a strong cast of eight dancers, and as expected maintains that sleek, well-polished touch of trained hands and established artistic perception, and less indoctrinated rhetoric of spirituality. We savored a few exceptionally beautiful scenes, including Tamar Barlev’s solo, which ended with three men pulling her long hair and braiding it while they changed positions behind her. Also, the prolonged duet of Tamar Barlev and Shani Licht, which displayed a delicate intimacy and poetic quality. The clever, seamless way in which the choreography integrated this duet back into the ensemble showed high craftsmanship.Earth, as mentioned, was central element here, both metaphorically and in actuality. First it was spread in parallel furrows, then poured all over for all to breath. By the end, the sweaty dancers looked like vagabonds.This, and materials like sand, water, leaves, grass, etc., are highly effected visually, and sometimes functionally as well. Stages covered with such materials pop up periodically ever since Pina Bausch’s Rite of Spring used peat as a conceptual statement. 40 years later, the effect had lost its luster.