Dance: Up close and personal 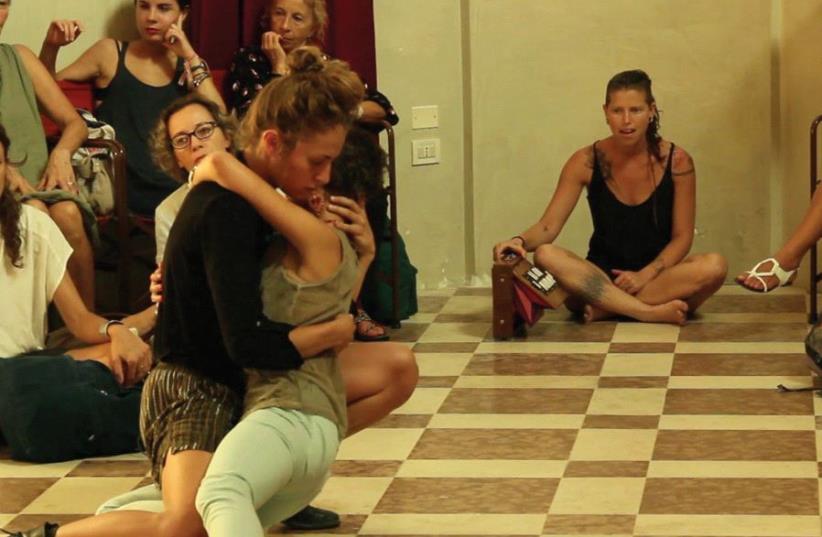 Yasmeen Godder’s ‘Simple Action’
(photo credit: PR)
Advertisement
Yasmeen Godder is an artist capable of selling out enormous theaters. For the past 15 years, she has toured the world, playing the biggest dance venues in New York, London and Paris, drawing in hordes of viewers.While many choreographers of her status would worry about expanding further, Godder is increasingly interested in downsizing. Her most recent shows, including Climax and Common Emotions, peeled back a few layers of performance, allowing the audience to get close to the performers physically and mentally. Her newest production, Simple Action, which will premiere next week at the Mandel Cultural Center in Jaffa, invites audiences of 40 into Godder’s studio to watch, feel and connect with the dancers.Simple Action was inspired by the Christian hymn “Stabat Mater” (Sorrowful Mother). The performance is part of the Opera and Dance Series at the Mandel Cultural Center, which is curated by Ingy Rubin. On stage, musician Tomer Damsky will perform a hypnotic interpretation of “Stabat Mater.”Simple Action emerged from a collaboration between Godder’s company and Theater Freiburg in Germany. Over the course of several months, Godder, her dancers and a team of scientists, physicians and choreographers came together to explore the application of dance for individuals living with Parkinson’s disease. At the time, Godder was in process on Climax, a three-hour performance for six dancers.Working in the studio with a combination of able-bodied and impaired people largely influenced Godder’s creative process.Continuing this line, Godder created Common Emotions, which took the element of audience-dancer interaction to a new level.Again, she worked with a cast of six and offered the spectators free rein to watch the choreography from whatever vantage point they chose, be it backstage, up close or from a distance.Simple Action is a natural next step in this ongoing research in that by limiting the number of viewers, Godder ups the ante. Audience members will not only be able to easily see the performers, but they will also observe one another at close range.Though smaller in scale, Simple Action is as rich esthetically as any of Godder’s previous works. She enlisted visual artist Gili Avissar to design the space and the costumes and brought renowned lighting designer Omer Sheizaf on board to ensure that the studio space would be transformed into a performance arena.The cast is comprised of Godder’s regulars, many of whom performed in the previous productions. Ofir Yudilevich, Uri Shafir, Dor Frank, Shuli Enosh, Ari Tepperberg, Tal Adler Arieli and Edu Turull Montelles will rotate in and out of action throughout the performances.Following these performances, Godder will go to London, where she will take a step further into this ongoing research. She will make a new work for veteran British ensemble Candoco Dance Company, a mixed troupe of disabled and non-disabled dancers.The piece, which is meant to span 30 minutes, will fit into Candoco’s repertoire. Several company dancers will travel to Tel Aviv in June to work with Godder and dancers in her studio.‘Simple Action’ will be performed on March 9, 10, 17 and 18 at the Mandel Cultural Center in Jaffa. For more information, visit www.yasmeengodder.com.