We discovered that the most interesting part of "You Look Like You" was the audience. 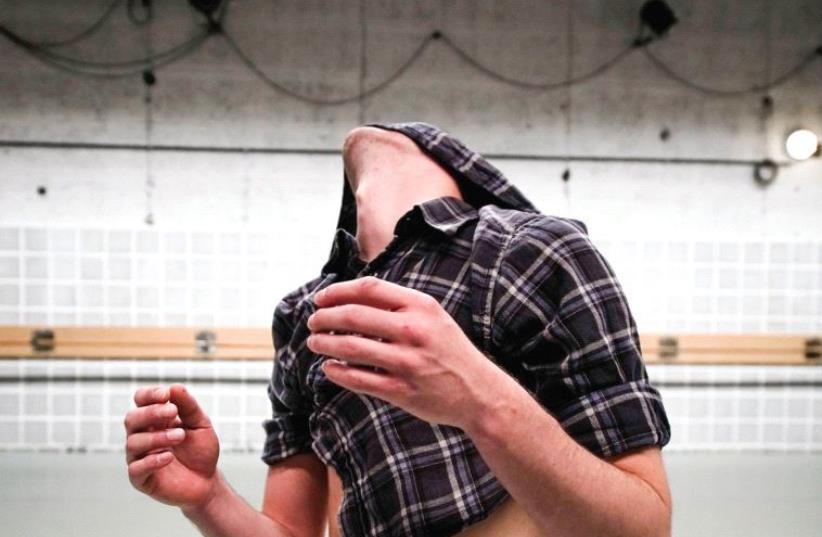 Yaniv Cohen's ‘You Look Like You Look’
(photo credit: PR)
Advertisement
‘When I get stressed, I do this thing with my mouth,” says Oslo-based choreographer Yaniv Cohen. He demonstrates this by contracting the muscles of one cheek, which results in a slight grin on one side of his mouth.This small tic is one of the many things that Cohen has discovered about himself over the past several months.The information came to him by way of a new performative interface that he devised as part of the creation process of his newest work, You Look Like You, which will premiere next weekend at the Mandel Cultural Center in Jaffa.It is morning, and Cohen, 38, is seated at his desk. Baby-faced and kind-eyed, Cohen speaks very candidly about his work, his upbringing in the south of Israel, his move to Norway and the differences between his two home countries.Born in Kiryat Gat, the dancer, choreographer and photographer has spent the past decade in Norway, has danced and created there, has married and brought a daughter into the world there.“Growing up, there weren’t any dancers from Kiryat Gat. I saw my first dance performance when I was 19,” he explains. “It was Moshe by the Batsheva Dance Company. I remember the way there, the show, I remember the performers who are today my friends. I was in the army. I liked it a lot, but I didn’t really grasp what I saw.”From Kiryat Gat, Cohen moved to Tel Aviv, where he danced with independent choreographers such as Sahar Azimi and Yasmeen Godder.Having cut his teeth on the Israeli dance language, Cohen tried his hand abroad. His talents were quickly recognized by choreographers in the UK, Sweden, Iceland and Norway. In 2005, he joined acclaimed troupe Carte Blanche, where he worked with choreographers such as Ohad Naharin, Sharon Eyal, Orjan Andersson and Hofesh Shechter.“I get a lot of information from Israeli dance,” he says. “Even though I’ve been in Norway for many years, I’ve worked with a lot of Israelis here and I’ve been strongly influenced by them. My work has directness, practicality, things that are more common to find in Israel than in Norway.”The decision to premiere You Look Like You in Tel Aviv is a bold one, and Cohen is certain that it will impact the trajectory of this production. In this work, which he describes as a joint endeavor of audience and performers, viewers are asked to comment on what the dancers are doing.“We did a lot of research on what it means to comment on dance. It can be positive, descriptive, reflective; it can be requests of the dancers… We checked one by one what it means to the performer to get this information.When we did it, it went to very hard places. You start to watch very detailed things about the performers,” he says.It was during one of the initial sessions that a viewer pointed out Cohen’s tendency to turn up the side of his mouth while dancing. Being scrutinized in this way was at times funny for the participants, at others emotionally taxing and even angering.“This format forces the dancers to deal with themselves,” he adds.Until now, the work in progress has been tried out on audiences in Germany, where Cohen received a residency to begin the work, and back in Norway.“My excitement comes from the differences between the audiences. The audience in Germany was very different from the people in Norway. And I know that the Israeli audience is also very different from these two. In Israel, in dance and not, people say exactly what they think,” he smiles.To Cohen, the audience members are as much responsible for the success and quality of the performance as the dancers.“It is making something live with the audience. In the beginning, the concentration was on the performer; he gets music or text he reacts or not. But along the way, we discovered that the most interesting part of You Look Like You was the audience. What they choose to say, how they use their power… The performer can sit and do nothing, and it will still be really interesting. We are playing with the fourth wall but not breaking it. We aren’t taking the audience on stage at all, not making them do things they don’t want to do. But they need to make a choice to be responsible for what they are going to see,” he says.Another important element of You Look Like You is that there is no set cast. In each city that the piece is performed, the cast will be comprised of local dancers/choreographers. For the premiere, Cohen invited Sahar Azimi, Ronit Ziv, Dror Liberman and Osnat Kelner to try their hand at what he refers to as “response ability.”“The method is that the piece works better if you know something about the performers in advance. In this case, most of the audience will have some knowledge of these performers before they see the show, and they will be able to work with that knowledge and those thoughts during the performance,” he says.Yaniv Cohen will present You Look Like You on October 7 and 8 at 7 p.m. and 9 p.m. at the Mandel Cultural Center in Jaffa. For more information, visit www.y-to-c.com.