Dining: New kid on the block

Cheers to the Passerella restaurant and cocktail bar 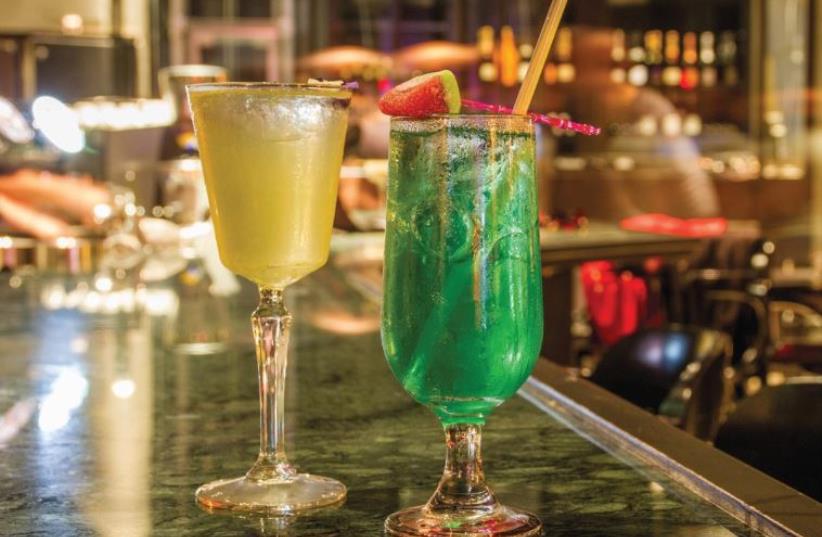 Passerella restaurant and cocktail bar.
(photo credit: GADI DAGON)
Advertisement
Opened just over a month ago, Passerella on Tel Aviv’s bustling Nahalat Binyamin Street truly embodies everything I could ask for in a go-to spot: incredibly creative and well-crafted cocktails with a molecular twist, a simple yet diverse and well executed food menu, friendly service, and a chill vibe.Vodka aficionado and owner Roi Cohen adds a lot to the atmosphere, gliding between tables, chatting to the patrons at the bar, all the while checking on everything and everyone. The downstairs dining area is open plan, while upstairs there is a beautiful bar with a large TV screen, perfect for fashion parties or sport events.I didn’t know what to order, so Cohen asked about a few of my favorite things and proceeded to make me something that was perfect. He did this for me and my dining partner for all our drinks (all cocktails are NIS 49), each one better than the last.We began our cocktail journey with the Red Carpet and the Gold Digger B***. Both were super interesting and well balanced. I also appreciated how artistic the cocktails looked, with the thin layer of foam up to the rim, simple elegant garnishes and a large ice cube curiously floating pointy side up. The Red Carpet, which consisted of vodka, midori, melon, egg white, kiwi and lime, was light, a bit fruity and made for a good start. I loved this cocktail because it reminded me of summer. The Gold Digger B***, which consisted of vodka, patron cutrange, litchi liqueur, maple and lime, was delicious. Not only was it very well balanced, but it didn’t have that harsh alcohol taste that many mediocre cocktails have.To try to absorb the alcohol in our systems, we dug into some hearty appetizers. First up was the corvina carpaccio (NIS 49). The mixture of anchovies, red onion, cashew nuts and black yogurt got my taste buds dancing. Alongside it, we also ripped away at the tasty house bread.Next was a beef carpaccio (NIS 49) with Parmesan cream, balsamic vinegar, caviar and olive oil. This proved a refreshing mix of flavors and was delicious. This was followed by a ceviche de corvina (NIS 39), which was equally as good and filling.In-between, Cohen invited us to taste vodka shots that he infused with hazelnut. Poured out of a glass skull, they were all delicious.For the main course we were treated to corvina fillet (NIS 69) served with beans and peas. The fish was cooked perfectly, with crispy skin, and I could really taste the meatiness and freshness of the corvina. It’s great to see a chef using ordinary ingredients to produce such a wonderful plate of food.This was followed by lamb kebabs served with tahini paste. This was absolutely delicious. The kebabs were perfectly seasoned and tenderized, which gave them great flavor.Before moving on to dessert, we decided to try some more cocktails. First up was the Coco Cafe – rum, Kahlua, espresso, coconut, vanilla and cream. This was followed by the Upside Down – vodka, watermelon, pear and lime. Both were flavorful, fresh and delicious Passerella is a classic after-hours place to go, no matter what angle you look at it. All the drinks we had were marked by attention to detail, and from the initial description on the menu and the care with which the drinks were made, you know you will be getting a unique and enjoyable drink. That is exactly how cocktails should be – full of intricacies and bursting with multiple flavors with every sip.

The writer was a guest of the restaurant.Passerella Not Kosher 52 Nahalat Binyamin, Tel Aviv Tel: (03) 613-1302
Advertisement
Subscribe for our daily newsletter