The Norman hotel’s Dinings serves authentic sushi that is second to none. 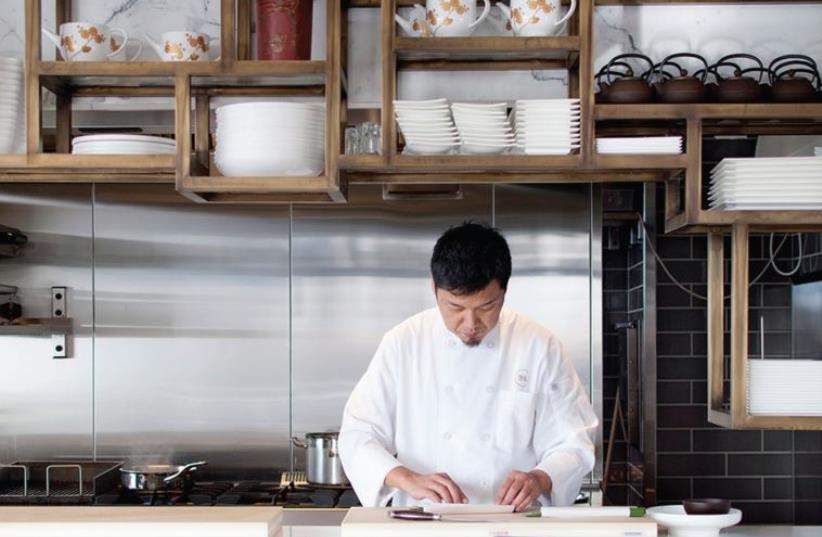 The Norman hotel
(photo credit: PR)
Advertisement
Dinings, the famed restaurant at The Norman boutique hotel in Tel Aviv, continues to set new sushi standards.Located on the top floor of the award-winning Norman hotel, it began to serve business lunches last winter. For sushi lovers, as I am, this is a real treat.Good sushi is not easy to come by in Israel. There is very little to hide behind – the fish needs to be of the absolute best quality and very fresh; and the rice must be made to perfection, which is no easy task. Ask sushi chefs who train for years, making rice day in and day out until they get it right.In most sushi places, the cooks – usually from Thailand or the Philippines – can prepare sushi that is okay, but once you’ve tasted the real thing, it’s hard to go back to okay sushi.Dinings is a branch of the worldrenowned London restaurant of the same name, which offers a unique fusion of traditional Izakaya-style Japanese tapas and modern European cuisine, presented with flair in an informal setting.The Japanese chef comes to Israel a few times a year to check on the kitchen, leaving behind him a few of his most trusted chefs. The result is the finest sushi available in Tel Aviv.Tel Aviv’s Dinings welcomes its patrons with a long, massive marble sushi counter, where one can sit and marvel at the wizardry of the Japanese sushi master or choose from two seating areas: inside, next to the semi-open kitchen or out on the shaded terrace.The place is run smoothly and professionally, from the polite greeting at the entrance to the helpful and knowledgeable English-speaking staff.The décor is modern yet classic, the tables laid with linen tablecloths and napkins, and there is no music to interfere with the experience.The business lunch menu opens with Japanese spinach salad with sesame vinaigrette, weed salad and white miso soup. The three appetizers are light, perfectly prepared and stimulate the appetite.The price of the meal depends on the main dish. There are six options: salmon and tempura vegetables on rice (NIS 90); shrimp (NIS 120); Shabu Shabu beef served with rice (NIS 130); a sashimi combination served with rice (NIS 140); and a sushi combination of 13 pieces (NIS 150) or a Bento box with tastings from all the different dishes (NIS 160).We chose the sushi and sashimi combinations, which were perfect, but we were a little sorry that we hadn’t realized that the two were very similar. Still, the fish was very fresh, the rice made to perfection, and we loved every bite.With the food, I had a glass of wine; and my partner had his favorite, the local sake martini.The dessert menu is thankfully not limited to Japanese desserts.There are great choices on offer, with touches such as green tea ice cream, in keeping with the Asian cuisine.The writer was a guest of the restaurant.Dinings Japanese Tapas
Not kosher
25 Nachmani St., Tel Aviv
Tel: (03) 543-5444
Open 7 days a week d
[email protected] thenorman.com
Business lunch is served daily from noon to 3 p.m. The evening menu is served from 6 p.m.