One filmmaker uses her medium to showcase women. 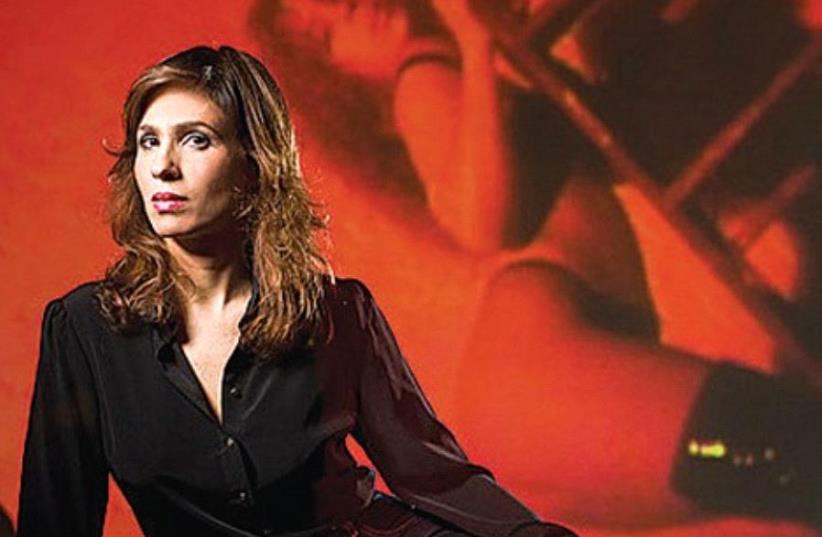 CInematographer Zohar Wagner
(photo credit: Courtesy)
Advertisement
When Yael Silman started making her first film, she was plunging down a career path she knew nothing about, besides the fact that her family and community did not support it. Silman, a haredi (ultra-Orthodox) woman from Ramat Shlomo in Jerusalem, had been slated by her family to become a religious teacher.Her first project received overwhelmingly negative responses, stemming from the fact that she included a man in the film.“I had gotten approval from my rabbi, but then the responses were terrible, and he called me and asked me not to say his name in having given approval.I lost a lot of money that I had earned in my teaching position,” Silman told the audience at the Jerusalem Film Festival’s conference, Documentary Cinema: The Female Gaze.The conference, held on Tuesday July 18 at the Hansen House in downtown Rehavia, featured lectures by many Israeli female filmmakers and discussed how documentaries can be an outlet for the female voice. The first of the four panels discussed how this is especially true within the ultra-Orthodox community despite the obstacles filmmakers like Silman have to overcome.“Every day I battle with myself and [ask] if I made the right decision,” she said. “I continue to choose to live with my parents, in our own religious community in the holy city of Jerusalem. But every day I work in Tel Aviv, and it’s very isolating. I’m still experiencing culture shock three years later.”Silman is now working on a television documentary show about sexual abuse, and describes this as a very difficult time for her. The stories she hears are emotionally haunting, and her religious upbringing makes her question whether she is approaching the issue properly.“I grew up on sanctity and holiness. It’s not modest to talk about [sexual abuse]. Am I allowed? It’s like lashon hora, bad-mouthing someone.I keep thinking I’m going to ruin someone’s family,” she confessed to the crowd of 60 people.Haredi filmmakers still struggle with the possibility of their films being forbidden, and they require all sorts of approval from rabbinical councils. On the upside, however, women have a clear advantage in the haredi film industry. According to Ziv Naveh, director of the Gesher Multicultural Film Fund, when a few rabbis ruled that men should not partake in filmmaking because it takes away from their ability to study Torah, the field was left wide open for women, and is now used for their own creative self-expression.“They are made by women for women about women,” said Naveh.The business is a risky one: the women generally have little educational background and funding. A movie that does not draw a large audience digs a hole in the filmmaker’s own wallet. These films are not widely advertised other than by a Facebook post and word of mouth, said Naveh, and are shown on projector screens in private or rented rooms around Jerusalem. But because they have such targeted audiences, they can make a decent profit.“They charge 50 shekels for a show or even 100, and they can sell tickets at this price because they have loyal followers,” she said. “Maybe the ultra-Orthodox industry has cracked what we are trying to achieve: creating film that’s profitable and economic.”They do not draw much, if any, of the secular crowd, but engaging with this demographic might be key to further success, especially to combat the negative feedback they receive from some members of the ultra-Orthodox community.Naveh reminded the audience that the style of film made by a haredi woman is very different from the well-known secular approach.“When we judge this kind of filmmaking we need to remember the cultural differences,” she said. “Ultra-Orthodox women and their films have their own boundaries and laws that they’re following.”Zohar Wagner is challenging these boundaries in a big way with her documentary films, which cover topics such as sexuality and body image issues.She often uses nudity in her films, but always her own.“There is a power relationship between the person being filmed and the one making the film,” Wagner told the crowd.“Maybe the feeling changes if the person is both behind and in front of the camera.”Her movies are very controversial for their nudity and their subject matter. In Stretch Marks, Wagner reveals her pregnant body to explore how sexuality is transformed when a woman takes on a maternal image. In Doll: Why did you dance naked?, she plays 20-yearold footage of her younger self as a stripper to explore what sexual freedom really means.In creating this film, she discovered that while sexual freedom can be euphoric, as she says, it could also contain a darker, dangerous reality when not in control of the camera herself.She became wrapped up in a legal battle to obtain the copyright to use this footage. While she did not film it herself, she played a large creative role, and more so, she had exposed her whole self on film.“It’s my naked body, I didn’t understand how women can be revealed in such an intimate way and not have any ownership over it,” Wagner said.Instagram has changed a woman’s ability to freely explore her body, said Wagner, as it frees women of the power relationship she experiences when a cameraman is involved.“Women can take nude pictures of themselves, and they are responsible for them and own them,” she said, crediting this for having changed the world and opening up a woman’s venues for self-expression.While most female religious filmmakers are not pushing the boundaries to this extent, they too are finding freedom behind the camera, and are able to introduce to their audiences a female approach to seeing the world.