Resistance is the theme of this year's intimadance Festival. 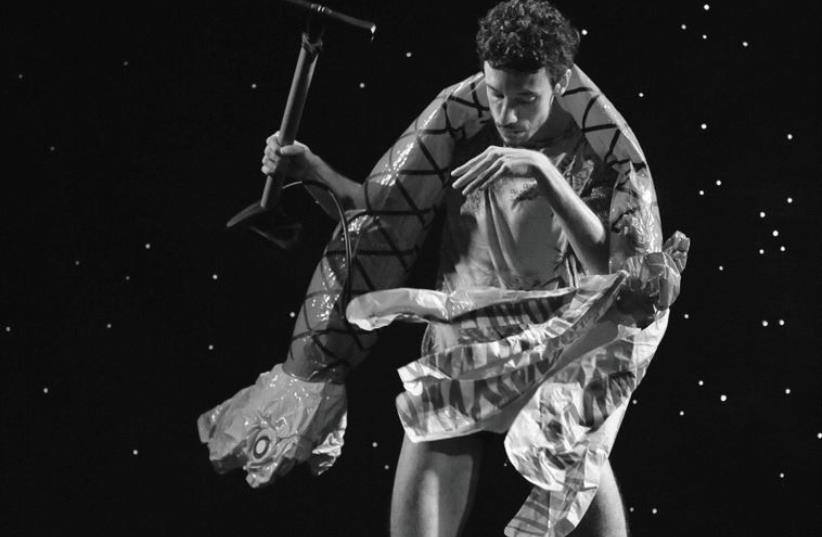 Trop by Andrea Costanzo Martini
(photo credit: GADI DAGON)
Advertisement
We strive for peace, for calm, for quiet. We attend rallies, sign petitions, have impassioned discussions over dinner all to promote a common goal – to end war and bring about political stability. And yet, looking back, instability is one of the great catalysts in life. No period is a better example of the prosperity fostered by unrest, particularly for Jewish scientist and artists (Albert Einstein, for example), than the 15 years that the Weimar Republic stood. Of the era, Marcus Bullock, professor emeritus of English at the University of Wisconsin-Milwaukee, wrote, “Remarkable for the way it emerged from a catastrophe, more remarkable for the way it vanished into a still greater catastrophe, the world of Weimar represents modernism in its most vivid manifestation.”In Israel, political instability is just about the most consistent element in daily life, other than the heat. And while this fact is clouded in loss and angst, it is undoubtedly a driving force in the creative life of Israeli artists. It was with this notion in mind that artistic directors Yair Vardi and Tal Yachas began their work on the annual Intimadance Festival at Tmuna Theater. The annual event will begin next Thursday and will present four days of dance and performance at the south Tel Aviv location.Every Intimadance Festival starts with a topic. In the past, artistic directors have presented the participating artists with a word, a phrase or a sentiment from which they were free to draw inspiration in whichever way they liked. This year, Vardi and Yachas chose “resistance.” Over the course of the four-day program, 40 artists will present 13 new works that all begin with the seed of resistance. Esteemed choreographer Roi Assaf will give the opening performance with Boys . This work follows Assaf’s 2013 creation Girls, in which five female dancers enacted classic and stereotypical images of women. Assaf went back to the studio with five men to look at the way society perceives men and to cast a critical eye upon it. Also opening the festival is Lee Meir and Roni Katz’s Witch’s Kitchen . Inspired by the cabaret style of German Jewish dancer and performance artist Valeska Gert, Witch’s Kitchen (the name of a bar Gert opened in Berlin in the late 1940s) invites audiences to drink, be entertained and discuss social and cultural issues. The performance, which will be danced by a cast of nine strong women, is a one-time event. The rest of the works are divided into two programs. Program A consists of Idan Cohen’s Si Fuggire ; Shiran Bibi’s This Has A Voice ; Ido Feder’s Which Dance; and Andrea Costanzo Martini’s Trop . Program B includes Stav Marin’s I Am Just a Question ; Shuli Enosh’s Hora Ecstasa ; a new work by Michal Samama; and Olivia Court Mesa’s What Does It Mean? Also on the program is a special evening with dance writer and historian Gabi Eldor entitled “Komm, hier ist das Paradies.” In this unusual encounter, Eldor will weave together her personal history with that of the opening of the first dance studio in Tel Aviv in 1921.

Over the course of the following two decades, several key figures in the budding Israeli artistic community devoted themselves to importing what was then called “new dance” from Germany to Palestine. These influences continue to resonate in today’s dance community. The Intimadance Festival will take place on July 30, 31, August 1 and 2 at the Tmuna Theater in Tel Aviv. For more information, visit www.tmu- na.org.il
Advertisement
Subscribe for our daily newsletter