“You hear about all those important protests and it made me think why can’t we protest about less important things?”

The cast of the American TV sitcom Friends
(photo credit: REUTERS/RUSSELL BOYCE)
Advertisement
When it hasn’t been your day, your week, your month or even your year, why not protest in Rabin Square?With tempers ablaze and homemade signs held high, around 100 young Israelis did just that on Saturday night outside Tel Aviv City Hall.Were they protesting racism, soaring housing costs or the rabbinate? No, these protesters dared to go against the grain and stand up for Ross Geller from the iconic TV show Friends. 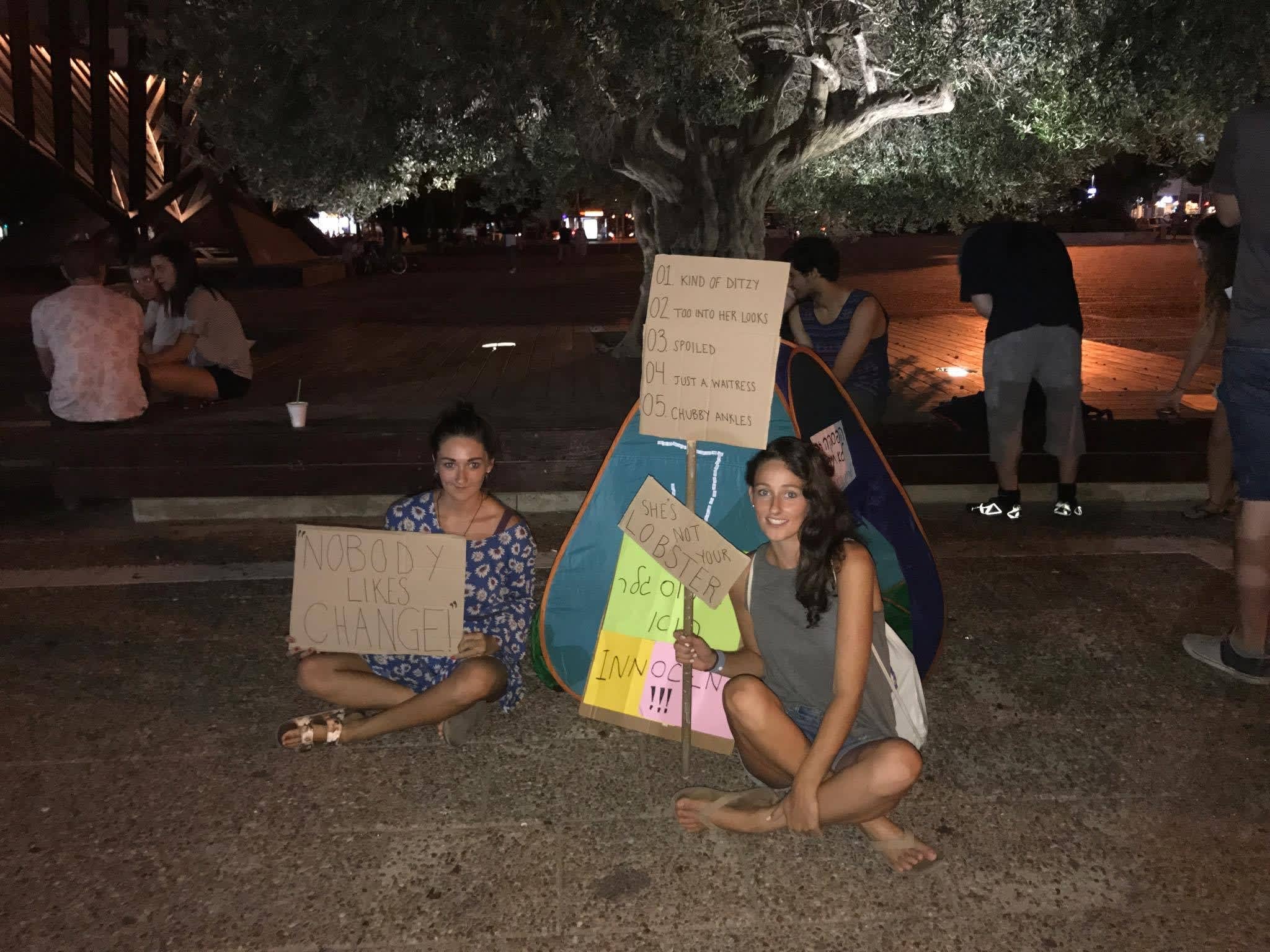 Protesters show support for Ross Geller from Friends in Rabin Square (credit: PAIGE WILSEY)According to these valiant folks, Ross was treated badly by his girlfriend Rachel Green in the episode “The One with the Morning After,” in which Ross cheats on Rachel.Or did he? The story goes that Ross and Rachel, one of TV’s greatest couples of all time, were on a break when Ross “cheated” on her. So how could she be angry with him? 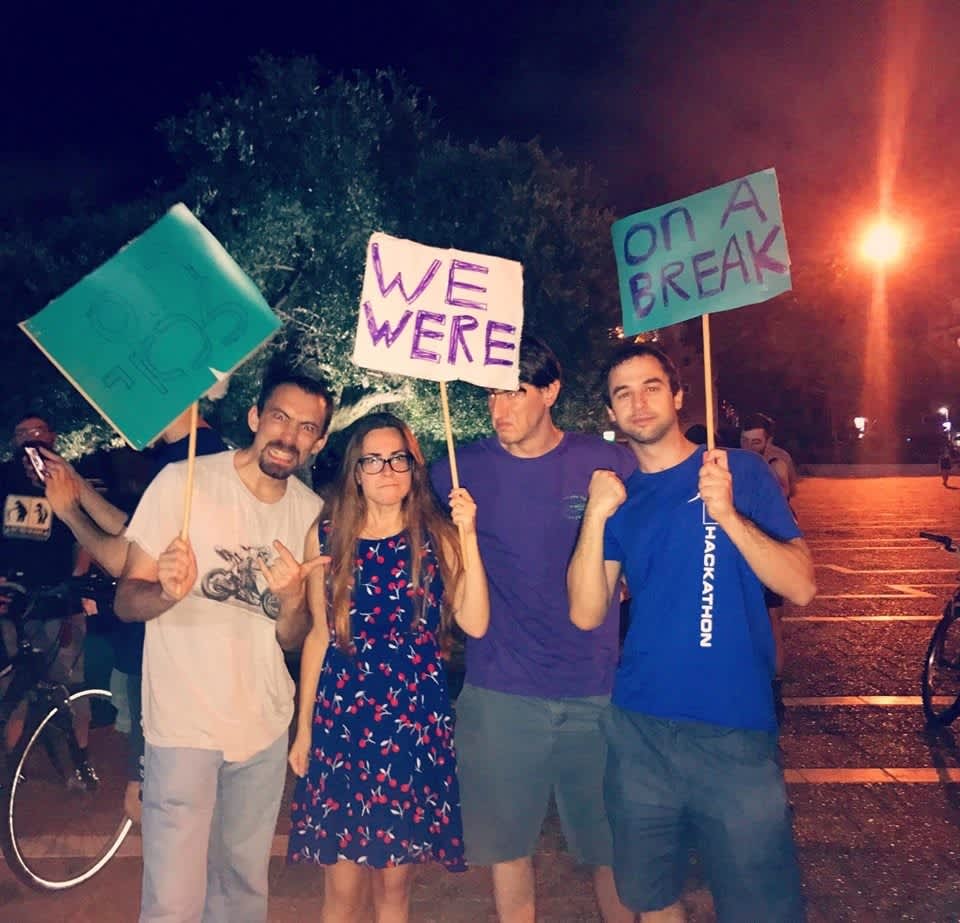 Protest held in favor of Ross Geller in Rabin Square (credit: PAIGE WILSEY)Amir Barkol, the originator of the protest, told The Jerusalem Post that what began as a joke on the satirical news Facebook page Am;lek (a play on the Hebrew acronym for “too long; didn’t read”) took on a life of its own with hundreds of thousands of reactions and followers on social media.“We’re living in a crazy time. We have this loony in the US with a strange haircut that rules the world and that crazy guy in North Korea and ISIS and [Likud MK] Oren Hazan, so we all want to come back to the past, to a simple time,” Barkol told the Post. “Everyone loves nostalgia."“You hear about all those important protests and it made me think why can’t we protest about less important things?” Barkol continued. “I didn’t have a clue that it would become such a big thing. It was just a joke.”
With chants of “Rachel, Rachel be ashamed, he came out of it unscathed!” and “One, two, three, four – they were on a break!” (Trust us, it rhymes in Hebrew), the protesters made their stance on the subject clear.Paige Wilsey, an American who now lives in Australia, was visiting her sister in Tel Aviv when she heard about the protest. Taking the satirical protest more seriously than most, Wilsey canceled her flight back to Australia just to attend.“I seriously saw this Facebook event and just said, ‘Looks like I’m staying in Tel Aviv for another couple days.’ I changed my flight and all – well worth it – and we met the absolute best people there and had so many laughs.” 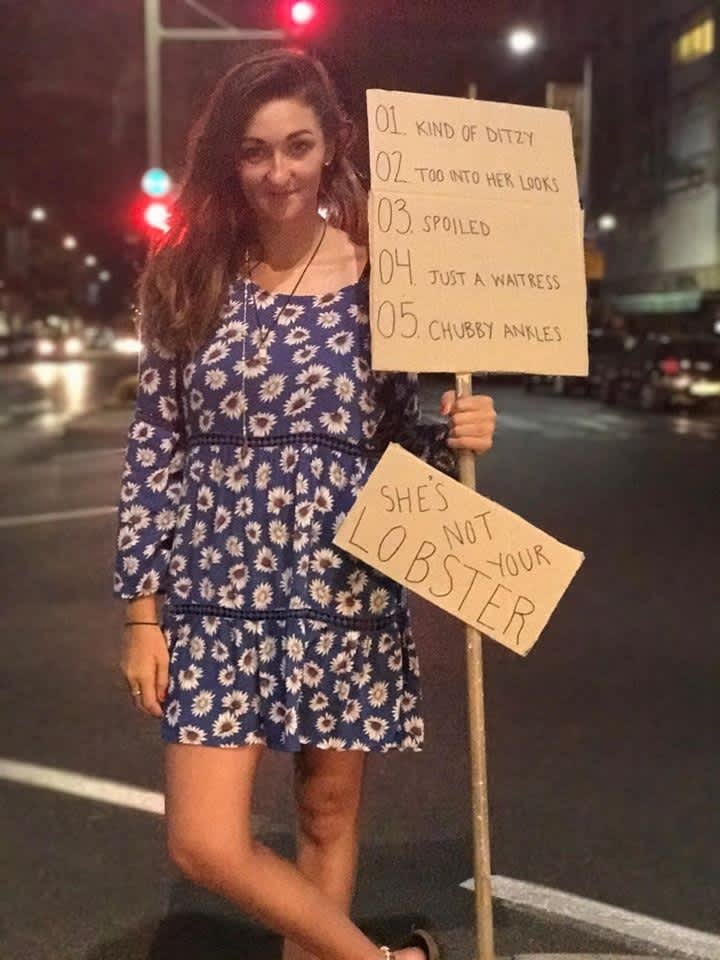 Protester holding an anti-Rachel Green sign in Rabin Square (credit: PAIGE WILSEY)Another protester, in a Galgalatz radio interview, said: “This is a demonstration for freedom; for the sons of Israel who left Egypt, to watch Friends, and find out that Rachel is angry with Ross because he was with somebody else, while they were on a break!” Adi, an administrator of the Am;lek page told the radio show: “I can’t believe people actually came here. They should go home. There’s nothing to do here, really, this isn’t really a demonstration. It was a joke.” What’s next for the protesters? Barkol intends to keep tackling the big issues.“Hmm, Chandler was always my favorite. Maybe we should do a protest so Monica won’t be so hard on him. He’s a good man and he loves her, although he can be an idiot from time to time.”These Tel Avivians prove that a friend in need of a protest is a friend indeed.