Drama at the opera 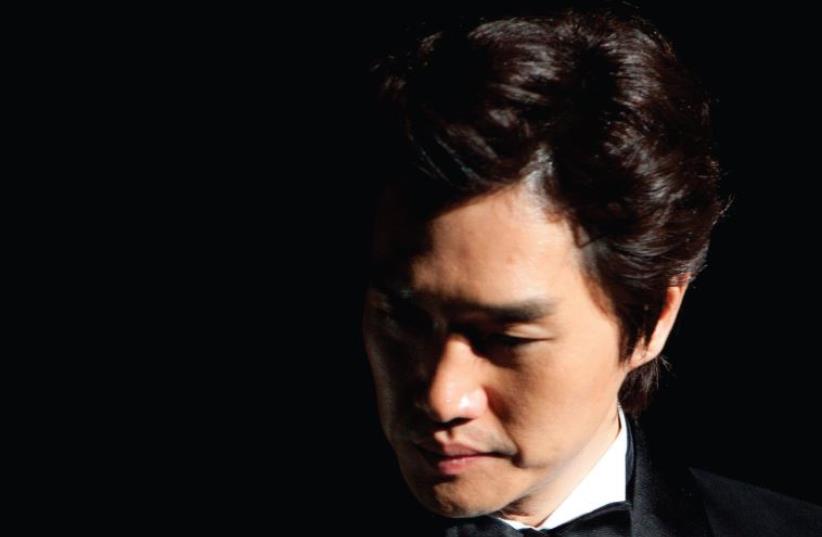 ’The Tenor’
(photo credit: PR)
Advertisement
The film The Tenor is a straightforward biopic that tells the amazing true story about Bae Jae-chul, a world famous Korean opera singer who developed thyroid cancer at the height of his career and then fought to make a comeback.The movie features many scenes from operas and is a must for opera lovers. Few movies have focused on the world of opera, although many operas have been filmed. Luciano Pavarotti had a brief career as an actor in the 1980s, starring in Yes, Georgio. In that film, Pavarotti played a singer who loses his voice, a similar plot to The Tenor, although the Pavarotti character fell in love with the doctor who treated him, which doesn’t happen in The Tenor.Opera does play an important part in many movies, among them Philadelphia, The Shawshank Redemption, Fatal Attraction and Moonstruck. But the world of classical opera has not been given much screen time, perhaps because most opera singers don’t conform to the Hollywood ideal of chic thinness and because classical music in general is a tough sell in movies, at least since Ingrid Bergman starred in Intermezzo.The Marx brothers’ comedy A Night at the Opera is one of the few glimpses of the backstage world of opera on film.The Tenor, which was directed by Sang Man Kim, stars Ji-tae Yu (best known as one of the villains in Chan-wook Park’s Oldboy) plays the lead role. He spent months learning to sing opera, but the songs are performed by recordings of Bae Jae-chul in his prime. Even someone like me who is not an opera lover can appreciate the beauty of Bae Jae-chul’s singing, which has a distinctive delicacy.When the film opens, Bae Jaechul is much in demand and has overcome prejudice against seeing Asian singers in non-Asian roles. In his 30s, Bae Jae-chul is portrayed as an all-around good guy, who cares about his singing above all.He is devoted to his wife, Yun-hee (Ye rye on Cha), also a gifted singer, who gave up a promising career due to stage fright, and to his young son. He lives in Europe and travels the world, playing to sold-out theaters.Malena (Natasa Tapuskovic), his frequent onstage fellow performer, is as close as the movie gets to having any kind of a baddie.Sensing that his career could be even bigger – which would pay dividends for her, since they sing well together – she urges him to take on even higher-profile roles and attempts to seduce him.But when he collapses during a rehearsal of Otello, it turns out that he has a serious medical problem – cancer on his thyroid. The operation to remove the cancer is successful, but it paralyzes one of his vocal chords and leaves him almost mute. It is a struggle for him to utter a single word, let alone speak.Although his family is supportive, Bae Jae-chul plunges into a depression following the operation. Without his ability to sing, he feels he doesn’t exist. He pushes away his family and friends and even contemplates suicide.But his most steadfast colleague, a Japanese concert promoter, Sawada (Yûsuke Iseya), refuses to give up on him. Sawada tracks down a world-renowned surgeon, who now has retired from practicing medicine and is a teacher. The surgeon has never performed an operation to restore someone’s singing ability before, only to allow them to speak again.But Sawada prods him until he agrees to operate.The road back is still a rocky one, and Bae Jae-chul now sings gospel rather than opera.This crowd-pleasing story throws in a few subplots – about a young woman who tries to persuade Sawada to mix rock and opera, and about Yun-hee’s struggle to start singing in public again – but basically it is a movieof- the-week retelling of Bae Jaechul’s story.How much you enjoy the film will depend almost entirely on how much you enjoy opera.THE TENOR Hebrew title: Hatenor Directed and written by Sang Man Kim With Ji-tae Yu, Natasa Tapuskovic, Yûsuke Iseya Running time: 2 hours In Korean, English and Japanese. Check with theaters for subtitle information.