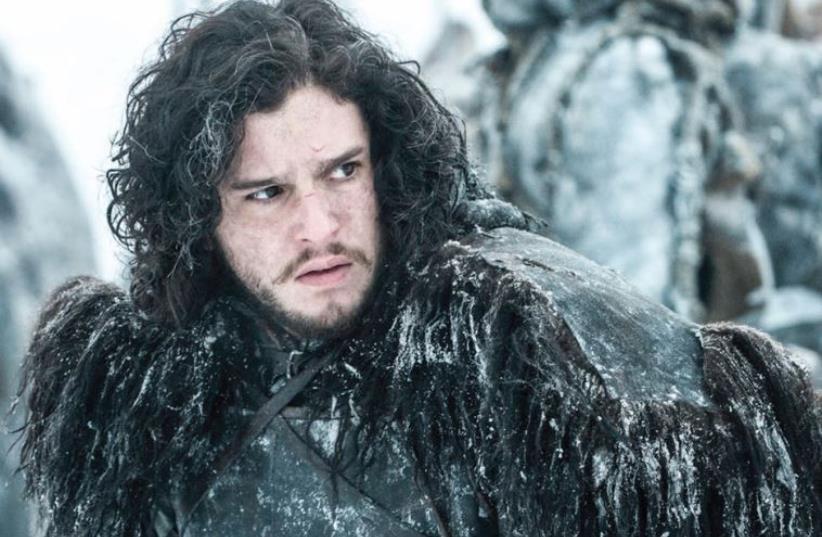 Game of Thrones
(photo credit: PR)
Advertisement
The Emmy nominations were announced late last week, and there were a few surprises. Game of Thrones got the most nominations with 24, a nomination in pretty much every category for which it was eligible. But Mad Men , which received six nominations, is expected to win for Best Drama and Best Actor (Jon Hamm). The series, which won 15 Emmys the first few years it was on the air, hasn’t won anything since 2011 and finished up its final season in May.One notable development this year is that Orange Is the New Black , which was previously nominated as a comedy, is now considered a drama. It received only three nominations: Best Drama, Best Supporting Actress (Uzo Aduba, who won last year as Best Guest Actress for the Series — there are so many acting categories, it seems as if it’s designed so every show will get something, like a high school awards banquet) and Best Guest Actor (Pablo Schreiber). They really ought to have an award for ensembles because nearly every actor out of the two dozen or so on the show deserves an award.Empire , the hip-hop King Lear story set in the music world, which is a lot of fun (it’s been called the African-American Dynasty ), received only one nomination, a Best Actress in a Drama nod for Taraji P. Henson, who plays Cookie, the conniving ex-con who is basically the Joan Collins figure on the show. The Walking Dead , the most popular show on premium cable, received no nominations at all, even though its actors give wonderful performances season after season. Is Game of Thrones , which often has an even higher body count per episode, so much more high- minded? Mad Men and Orange Is the New Black are available on Xtra VOD on HOT, and The Affair will be shown on HOT when its new season is released in October. Tyrant is coming back for a second season. The show is about an American-trained doctor, Bassam (Barry) Al-Fayeed (Adam Rayner), who returns home to a fictitious Middle Eastern dictatorship run by his father and ends up battling his unscrupulous brother Jamal (Ashraf Barhom) for control of the country. It starts on August 6 at 10:45 p.m. on YES Action and will also run on YES VOD.The first season got off to a bit of a slow start, but the second season is livelier, with the rivalry between the two brothers front and center. The series is co-produced by Israeli company Keshet Broadcasting and was created by Gideon Raff, who created the show Prisoners of War , on which Homeland was based. If you can get over watching a cast of mostly Middle Eastern actors (many of them Israeli) speaking English, then you can enjoy this drama of power and intrigue. I think you can start with Season Two and understand pretty much everything that is going on. The most hotly anticipated new series of 2015, Show Me a Hero , will be aired on YES Oh starting August 24 and will be available on YES VOD. This series, based on a book by former New York Times reporter Lisa Belkin, is about a controversy over federally funded public housing being built in a mostly white, middle-class neighborhood in Yonkers, New York.The big names that give the very announcement of the series its sparkle are the series’ writers, David Simon and William F. Zorzi, who created The Wire (Simon also wrote Homicide: Life on the Street and Treme ), as well as producer Paul Haggis, who has written the screenplays for a number of Oscar- winning movies, among them Million Dollar Baby and Crash . The series has an excellent cast as well, with Oscar Isaac (he starred in the Coen brothers’ Inside Llewyn Davis ) as the town’s mayor. Winona Ryder, who hasn’t been in enough lately, has a part, as does Jon Bernthal, the heartthrob from The Walking Dead (his character was killed off in Season Two); Albert Molina (a veteran character actor, who recently starred in Love Is Strange ); and Catharine Keener ( Begin Again , The 40-Year-Old Virgin ).Let’s hope Show Me a Hero has the mulit-character, multicultural pull of The Wire and Treme .