Enrique Iglesias lands in Israel ahead of Tel Aviv show

The Latin pop sensation will perform in Tel Aviv on December 16 and 22 as part of his Sex and Love tour. 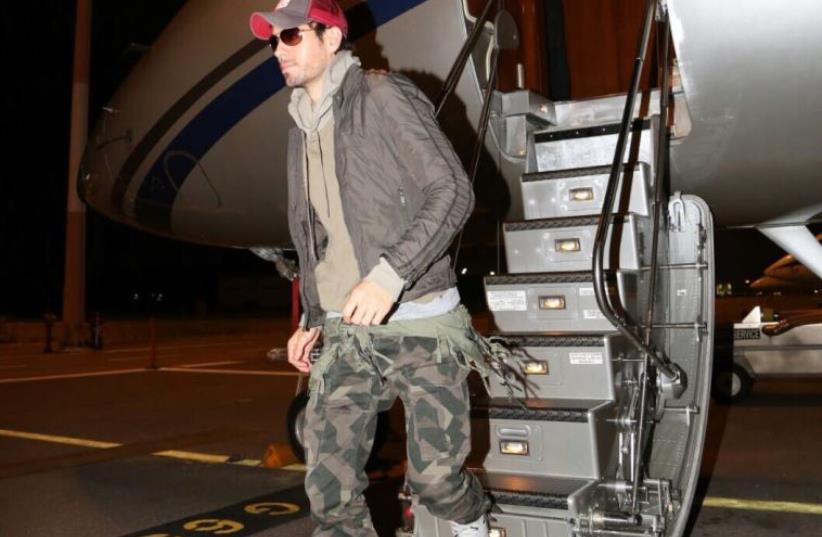 Enrique Iglesias arriving in Israel
(photo credit: SIVAN FARAG)
Advertisement
Latin pop sensation Enrique Iglesias landed in Israel on Tuesday night, ahead of his Wednesday performance in Israel as part of his Sex and Love tour.Accompanied by a crew of 27, the singer headed directly to his accommodations at the Ritz Hotel in Herzliya. On Wednesday, he will perform at the Menorah Mivtahim stadium in south Tel Aviv.Following his Tel Aviv show, Iglesias will head to India before he heads back to Israel for an additional show on December 22. Enrique, 40, is the son of Julio Iglesias and one of the most popular singers in the world, with countless Spanish and English hits to his credit.Attendees can expect to hear chart-topping hits like “Tonight (I’m Lovin’ You),” “Escape,” “Bailamos” and “Hero.”