Fans lash out at Lauryn Hill: 'You succumbed to the Jew-haters'

Singer receives mix responses from fans, some angry, others overjoyed at her apparent politically driven decision to nix Israel gig. 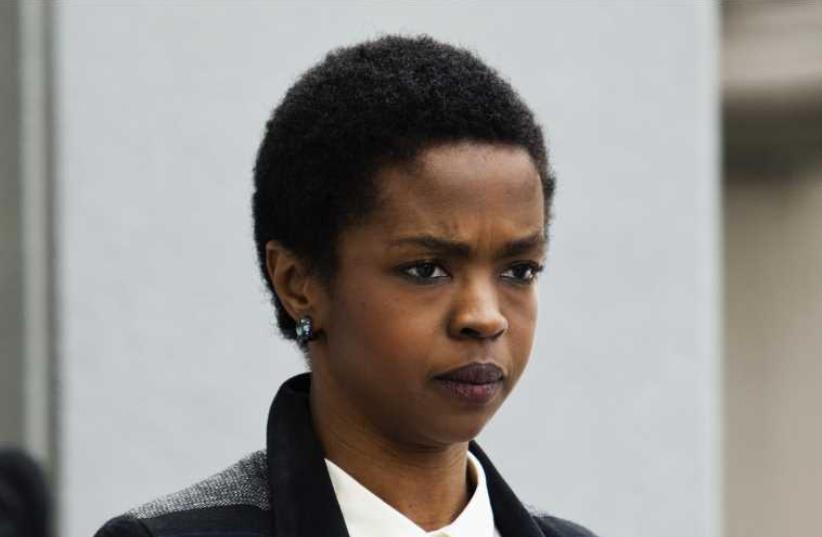 Ms. Lauryn Hill
(photo credit: REUTERS)
Advertisement
Disappointed fans took to Facebook on Monday after American hip-hop artist, Lauryn Hill, cancelled her much-anticipated concert in Israel just two days before the event was scheduled to take place in Rishon Lezion. Hill took to Facebook with her announcement, citing tensions in the region as the reasoning behind her decision to cancel the performance. “When deciding to play the region, my intention was to perform in both Tel Aviv and Ramallah,” the R&B hit-maker said on her website. “Setting up a performance in the Palestinian Territory, at the same time as our show in Israel, proved to be a challenge.”Hill received mix responses from her fans, some angry, others overjoyed at her apparent politically driven decision. Angry Israeli fans attacked Hill in the comment section on her post and on her Facebook "wall" for "surrendering to pro-Palestinian terrorists" and for taking the side of "the people who support death and murder over the people of Israel who want to live in peace." Another fan referred to Hill as "just plain weak" for succumbing to "pressure from Jew-haters."

When you surrender to pro palestinian terrorists, we all lose.You chose the people who support death and murder over...
Posted by Yonatan Nir on Tuesday, May 5, 2015

The pro-Israel advocacy group, StandWithUs Israel, expressed their disappointment on their Facebook page on Tuesday, stating that Hill had succumbed to the pressure of the BDS Movement that had been pressuring the singer to cancel her show for the last several weeks. "We will continue to fight against BDS and we hope that other artists will stand with Israel and not allow the lies to influence them," the organization wrote.