Few but not far between 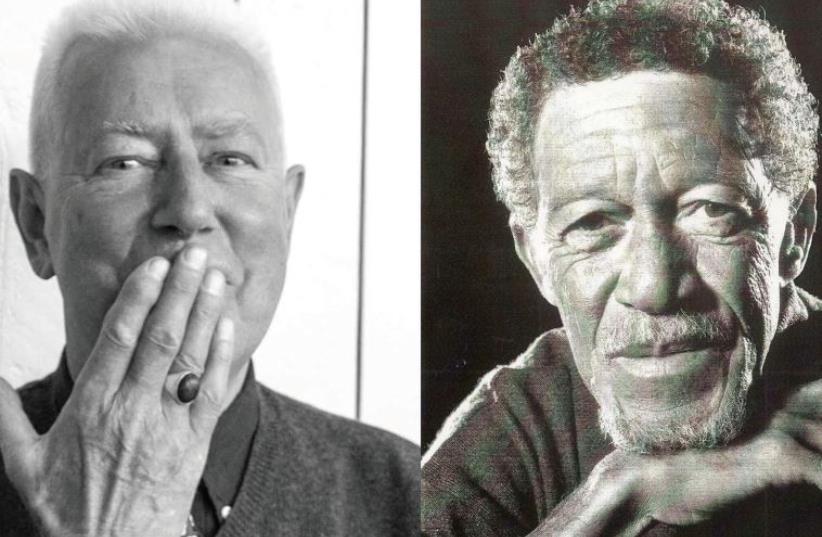 Han Bennink and Bobby Few
(photo credit: PR)
Advertisement
Bobby Few may be going on 81, but the American-born jazz pianist retains a youthful and fresh approach to his music-making. The Cleveland-born octogenarian will bring his bonhomie, joie de vivre and masterly keyboard skills to this part of the world on Saturday evening as one of the stars of the 10th anniversary celebrations of Levontin 7. The 10-day program kicked off yesterday and will run until July 30.For the past decade, the Tel Aviv music venue has kept churning out a wide-ranging slew of entertainment acts, from jazz to pop, ethnic music and electronica and much more betwixt. So it comes as no surprise to see that Levontin 7 owner-partners Assif Tsahar, Daniel Sarid and Ilan Volkov – saxophonist, pianist and conductor, respectively – have cooked up a variegated spread of music for the occasion. The roster features performers that either started out at the club or have played there frequently over the years, such as veteran rockpop bass guitarist and vocalist Eran Tzur, indie rock bassist-singer Yehu Yaron and free-flowing guitarist-vocalist Uzi Ramirez. Long-serving rock guitarist Yehuda Eder is also in the lineup as is alternative rock and rollers Midnight Peacocks, who were the inaugural act at Levontin 7 in 2006.The jazz segment of the 10-day proceedings comprises two members of the freer side of the improvisational musical tracks: 73-year-old Dutch drummer Han Bennink; and Few, who made his home in Paris in 1969.Few may be well past official retirement age, but he shows few signs of slowing down. I caught him at his Paris home just after he returned from a festival in the south of the country, where he performed solo. Few has shared the bandstand and recording studios with a wide range of jazz artists over the years. These include such titans of the avant-garde movement as reedmen Steve Lacy, Frank Wright, Albert Ayler and fellow French-based expat Archie Shepp, as well as mercurial multiinstrumentalist Rahsaan Roland Kirk and bluesy tenorist Booker Ervin.Solo concerts are considered by many to be the pinnacle of jazz performance. You have no other musicians to feed off and no one to hide behind if you make a mistake or run out of ideas. Few says he is perfectly happy to take the stage on his own.“It gives me more freedom to do what I want to do,” he declares. “I don’t have to do anything except what my fingers do,” he chuckles, “and my brain and my heart.”Some solo jazz players, especially those who come from less structured domains of the art form, just go with the flow. They get on the stage, sit down or stand by their microphone, and off they go. They have no game plan in place ahead of time. While Few is an old hand at on-the-fly creation, he prefers to have a good idea of what he’ll be playing on his lonesome.“I have about 20 songs prepared, and I start playing, and I look at the audience to see how they are responding,” he explains. “Then I can choose from the program I have already laid out.”Sounds like a good recipe for success.The musician started out at the classical end of the music sector.“I started on piano when I was seven years old,” he recalls. “I studied with an organist who played in a church. I studied compositions by people like Chopin and Debussy. I played classical piano for a good 10 years.”That all changed when young Few began to take note of the records his father was bringing home. They were recordings of live concerts from the Jazz at The Philharmonic series, which ran from 1944 to 1983.“I always used to ask him, ‘Dad what is this kind of music?’ He said it was called jazz, and I said ‘I’d like to learn how to play that jazz.’” A teacher with the requisite know-how was duly recruited, and Few began taking weekly jazz lessons and never looked back. He was attracted by the freedom his new musical pursuit offered.“I learned how to improvise, that you could play things that were glued to the chart. You could explore what you’ve already played,” he says.Once into the jazz groove, Few naturally began wandering over to the less structured areas of improvisational expression.“One night I had a dream that my music was like a hurricane,” he says. “I started playing like a storm.”Few’s musical evolution fast forwarded several levels when he relocated to New York, where he lived in the same building as pianist Randy Weston, Wright and Ervin. The latter proved to be an influential factor in Few’s development.“One day there was a knock on my door, and it was Booker Ervin,” Few recalls. “He asked me who played the piano in the apartment, and I said it was me. He asked to come in and he said he’d like to play with me and to record with me.”That was quite a break for young Few and, indeed, he got to play with Ervin on his new recording for leading jazz label Blue Note.In 1969, Few crossed the Atlantic and settled in Paris.“I was looking for a new public,” he says, “so I could express my music. I didn’t know what the people in Europe liked and whether they would like my music.”But any concerns Few may have harbored were quickly and summarily banished.“When I got here, I said, ‘Wow! What was I waiting for?’ The people were just so appreciative of my improvised music,” he recounts.Few should get enthusiastic responses to his performance at Levontin 7 when he shares the bill with Bennink. Both will put in solo spots before joining forces. It should be an evening to remember for fans of on-the-spot improvisational fare.