The kids are the losers in ‘Papa ou Maman’ 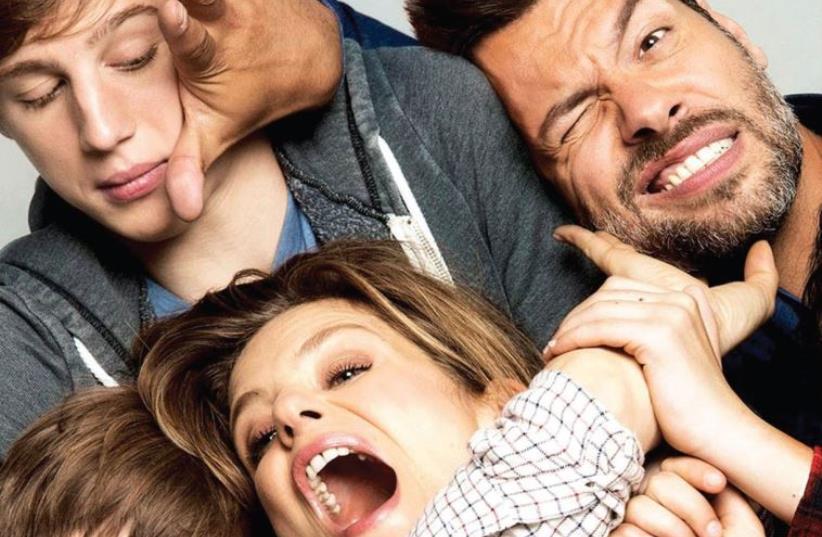 Papa Ou Maman movie
(photo credit: PR)
Advertisement
The 1989 movie The War of the Roses, starring Michael Douglas and Kathleen Turner as a warring couple in the midst of history’s most bitter divorce, was a black comedy, but due to the charm and talent of its stars, it was funny.Papa ou Maman, a bland, French retread of this theme, is a similar story, but with all the laughs removed.Vincent (Laurent Lafitte) and Florence (Marina Fois) are a couple who have everything. They are successful at work – he’s an OB-GYN, she’s an engineer at an electric plant – and have three healthy children. But the spark is gone, and although they are the best of friends, they have decided to divorce. Their friends are stunned to hear this and warn them that the divorce process often turns ugly. But they insist that they can handle it, although for reasons they can’t explain they keep putting off telling their children about their plan.Then both of them get opportunities they weren’t expecting – to work abroad for half a year: she managing a project in Denmark, and he in a program for Doctors without Borders in Haiti. This pits them in competition against each other, especially after she learns that one of the reasons he wants to go to Haiti is to spend time with a pretty nurse who will be there.This knowledge is devastating to Florence, even though she has agreed they can lead separate lives. And so the war begins.But this war is not over their beautiful home as it was in War of the Roses. It’s over their children, but they don’t fight each other to gain custody.Unable to work out a custody agreement, since each wants to go abroad at the same time, their mediator tells them they must let the children decide. So the couple competes to see who can drive the children away faster and more definitely.While in The War of the Roses, their lawyer was played with comic malice by Danny Devito (who also directed the film), here even the lawyermediator can’t generate a laugh.The scenes of these articulate and well put-together parents deliberately trying to alienate their children are as cold as they are dull and predictable.The mother wears a mini-skirt and behaves in a sexually provocative way in front of her teenage son’s friends.The father rents the worst apartment he can find, then brings his friend’s severely demented mother, telling the children it is their grandmother, whom they know to be dead. Not laughing yet? This joins so many recent forgettable French films, most of them comedies or comedy-dramas, with extremely glamorous couples who seem to have everything, except for a good screenwriter who can create a story that might be interesting. As I’ve said before, these movies are like thumbing through a lifestyle magazine. You can enjoy looking at the stunning faces — men who look great with a bit of gray hair, women with terrific figures and a wrinkle or two, natural and beautiful — and envying their improbably gorgeous houses in the country or apartments in Paris, as well as they tasteful wardrobes. What you won’t do in any of these films is wonder what will happen next. The characters aren’t true to life or distinctive enough for that.Now that almost all well-crafted, small-scale character-driven stories have migrated to the small screen, almost all that is left at the movies – apart from action movies and grossout comedies aimed are teenage boys — are these dim-witted French wouldbe comedies.That someone might have thought this would be funny, or in any way enjoyable, is just another indication of how the French are truly very different from the rest of the world. Not only do they revere Jerry Lewis and Amos Gitai, but they green light this grim movie.