The festival to include a competition for films by teens from the Lod area, and a workshop open to social activists. 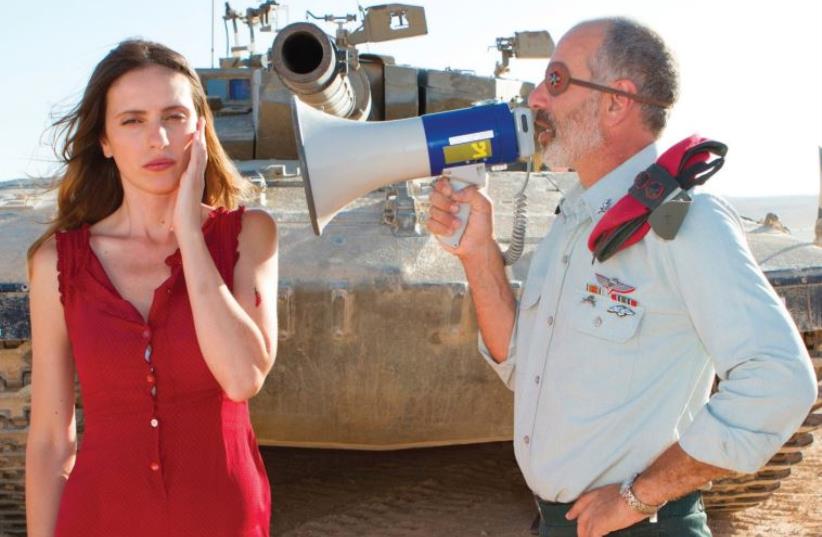 MALI LEVI-GERSHON (left) and Shai Avivi star in Dror Shaul’s ‘Atomic Falafel’
(photo credit: MERAV MERUDI)
Advertisement
The Lod Social Film Festival, which will take place from November 3-5 at the Hall of Culture in Lod, will feature movies from Israel and abroad that explore themes of social and economic justice, as well as the Israeli-Palestinian conflict.The festival, which was created by the Lod Municipality and the Lod Youth Center, along with other groups, will include a competition for films by teens from the Lod area, and a workshop open to social activists.The opening night film will be Atomic Falafel, Dror Shaul’s irreverent hit comedy about the tension between Israel and Iran over the nuclear program. The movie focuses on how two teenage girls, one in Dimona and on in an Iranian town with a nuclear reactor, manage to save their countries from starting a nuclear war. Its cast includes Mali Levi, Alexander Fehling (currently starring in Homeland), Shai Avivi and Tara Melter.Culture and Sport Minister Miri Regev will attend the opening-night screening and ceremony.Several of the Israeli films will be screened in the presence of their directors, and will be followed by workshops on the issues that the films raise.The closing film will be Manpower, directed by Noam Kaplan, an excellent, intelligently written multi-character drama about the foreign-worker issue, told from different points of view: an African worker who has lived in Tel Aviv for years and feels entirely at home here; an Israeli police officer tasked with detaining migrants, who can barely make ends meet himself; an Israeli van driver whose son has married an Asian woman and is leaving the country; and the son of a Filipina who was born here and wants to serve in a combat unit.Nitzan Giladi’s Wedding Doll, stars Moran Rosenblatt, who won the Ophir Award for Best Actress this year. She plays a mentally disabled young woman who fights her protective mother for independence, and is set in Mitzpe Ramon.Igor and the Cranes’ Journey, directed by Evgeny Ruman, is about an estranged father and son who are brought closer as they follow the migration of a crane.Ariel Cohen’s Picture from Prague tells the story of an ultra-Orthodox mother from B’nei Brak who takes her daughter on an urgent journey to Europe to reconnect with family there.The festival also features documentaries.Badran Badran’s Pennies is a sad and harrowing look at the world of extremely young Palestinian children who beg from drivers at intersections, and often get injured in the process.Hilla Medalia’s Dancing in Jaffa is the engaging story of the charismatic ballroom dancer and teacher, Pierre Dulaine. His work in US inner cities was documented in the documentary Mad Hot Ballroom and in the feature film Take the Lead. In Dancing in Jaffa, he returns to teach Jewish and Arab students in the city in which he was born.The foreign films at the festival include Yuriy Bykov’s The Fool, which won 15 awards at international festivals, and tells the story of a Russian plumber who must fight the indifference of bureaucrats as he tries to save the lives of 800 people in a dormitory that the knows is about to collapse.Kim Longinotto’s Dreamcatcher is a documentary about Brenda Myers-Powell, a charismatic advocate for prostitutes in the US who was a prostitute herself and escaped from that life. Longinotto has made 20 documentaries, among them Sisters in Law, about a female judge in Africa, and Divorce Iranian Style, about real cases from the Iranian court system.To get the festival schedule and to get more information on the films, go to the festival’s Facebook page at www.facebook.com/lodfilmfest.