He appeared in numerous stage and screen productions displaying more energy than actors half his age, and undeterred by failing eyesight. 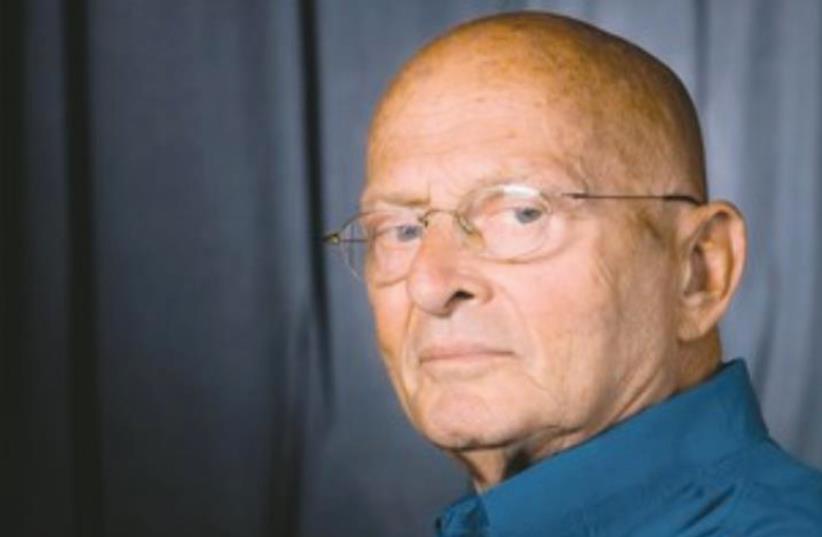 VETERAN ISRAELI stage actor Yossi Graber.
(photo credit: GERHARD ALON)
Advertisement
Israel’s entertainment industry is in mourning as the final curtain continues to come down on stage and screen icons. Among those who have died over the past two or three years are Zahira Harifai, January 2013; Arik Einstein, November 2013; Hanna Maron, May 2014; Menachem Golan, August 2014; Arieh Elias, May 2015; Orna Porat, August 2015; and last Friday Yossi Graber and Ariel Forman.Graber died at Assaf Harofeh Medical center after suffering a severe stroke, and Forman, who suffered from a serious lung disease, died at Nahariya hospital. Graber was 82 and Forman 73. Both were laid to rest on Sunday within three hours of each other. Forman, who had faded somewhat from public consciousness in recent years, was buried at 12 noon at Kibbutz Yasur and Graber 3 p.m. at the Menucha Nechona cemetery in Kfar Saba following a series of memorial tributes at the Cameri theater where he had been playing in two productions at the time of his collapse, and was scheduled to begin rehearsals for a third next month. Even in death, Graber attracted a full house.Both actors were born in pre-state Tel Aviv when the country was still under a British Mandate administration, and both became actors when they were still boys. Forman was a member of the Habima youth circle, and when he joined the army, he was assigned to an entertainment unit. Following his discharge from the IDF, he embarked on a stage and screen career.A gregarious individual who made friends with everyone in the theater including the cleaning staff, Graber was always available to listen to people’s problems, and although widely acclaimed as a brilliant actor who could convincingly play almost any role on stage, television or the cinema, he never upstaged any of his fellow thespians.His career was launched at the Bimateynu children’s theater, and he subsequently worked at Israel Radio, which earlier this month lost one of its beloved broadcasters, Anat Dolev, who succumbed to a crippling muscular disease. After completing his army service, and failing initially to integrate into Israeli theater, Graber went to England where he studied at the Royal Academy of Dramatic Arts and also worked as an announcer for the BBC’s Hebrew edition. He said in later years that the most valuable experience that he ever had was the time that he spent at RADA.He appeared in numerous stage and screen productions displaying more energy than actors half his age, and undeterred by failing eyesight.He told interviewers and colleagues that he would continue to act for as long as he could, and indeed he was acting until the last week of his life.He was the recipient of numerous prizes including the Israel theater Academy’s Life Achievement Award for 2012.Hundreds came to the Cameri to say a final farewell to Graber.