Ruling made following lengthy legal battle with daughters of secretary to writer Max Brod, close friend of author of ‘The Metamorphosis’ 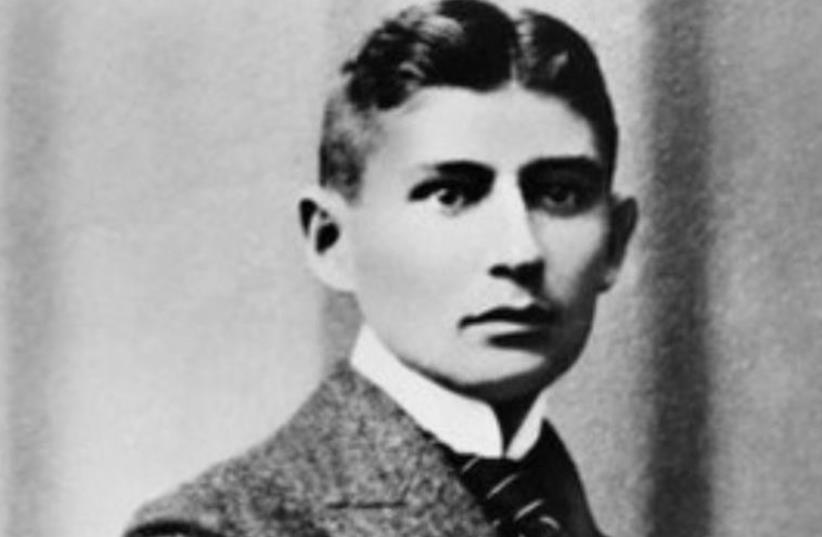 Franz Kafka
(photo credit: Courtesy)
Advertisement
A protracted and acrimonious legal battle over the rights to the manuscripts of Franz Kafka ended Tuesday after the Tel Aviv District Court announced that the nearly 100-year-old collection must be transferred from a private collection to the National Library in Jerusalem.The three-judge panel rejected the appeal of Eva Hoffe, who, the judges said, had illegally procured the papers from her mother, Esther Hoffe. The mother was the secretary of Kafka’s friend Max Brod, another celebrated writer whose works are part of the collection that is to be transferred.The appeal was filed in 2012 after a court concluded that Esther had illegally bequeathed the collection, via Brod, decades earlier, and ordered Hoffe and her sister, Anita Ruth Vizler, to hand over the manuscripts to the library.The judges who handed down Tuesday’s ruling lambasted the sisters for mishandling the documents by attempting to sell them on the open market. Noting that Kafka had “never met” their mother – and that in his will he had ordered the manuscripts destroyed – they concluded that the documents had clearly been misappropriated.“As far as Kafka is concerned, is the placing of his personal writings – which he ordered to be destroyed – for public sale to the highest bidder by the secretary of his friend and by her daughters in keeping with justice?” the judges wrote in their ruling.“It appears that the answer to this is clear.”The ruling ended over 90 years of controversy and multiple transfers of Kafka’s works.Apart from being Jews, many historians say that Kafka, like Brod, became a Zionist. Brod moved to Palestine and spent the last years of his life living in Tel Aviv. While he indeed willed the works to Brod, Kafka – an extremely insecure writer who gained widespread fame only after his death from tuberculosis at the age of 40 – instructed his friend to burn the manuscripts without reading them. The first controversy over Kafka’s works took place when Brod decided to reject his friend’s wish and published the works en masse.He justified his actions, saying that respecting Kafka’s request would have been a “criminal act,” as the works had immeasurable ethical, philosophical and other value and were among the writer’s best works. He added that when Kafka had made the request, Brod told him he would not honor it.According to Brod, Kafka knew his stance, and if he had really wanted his works burned, “he would have appointed another to carry out his will.” Kafka’s friend also claimed there had been a precedent, noting that the author had self-published a small number of his works.Brod died childless in 1968, leaving the collection to Esther Hoffe with the instructions that she donate the collection to a public institution, if not in life, then immediately following her death.Kafka’s friend noted Israel’s National Library at the top of his list of suggested public institutions, but left the final decision of where to donate the works to his secretary.The state fought Hoffe for several years during the 1970s in an effort to obtain the works for use by the general public. It also tried to prevent her from selling them. A court nonetheless granted her substantial rights to do as she wished, while essentially upholding the state’s claim that as soon as she died, the works would have to be donated to a public institution. Hoffe never donated the works.In 1988 she sold an original copy of Kafka’s The Trial for $2 million. When she died in 2007, she passed the remaining works to her daughters, who fought the National Library.The central aspect of the legal controversy was the claim made by the sisters that a 1952 letter from Brod to their mother – compounded by various will-related legal documents of Esther’s – granted them absolute rights to the collection, with no obligation to donate the works.The court ultimately held that the letter did not grant Hoffe the absolute rights that her daughters contended. In fact, Brod’s “gift” to Hoffe was limited by a series of wills, other letters and other portions of the same 1952 letter. Thus, his ultimate request of having the collection donated to a public institution – at the latest, after Hoffe’s death – was the decisive factor, the court ruled.One dramatic result of the case will not merely be the transfer of the works to the National Library, but the fact that there will be access to them for the first time, since Eva Hoffe and her sister allegedly kept many of the works in safety deposit boxes, providing no manner of public access.It remains unclear when the transfer will be made.Yonah Jeremy Bob contributed to this report.