Getting the bass lowdown 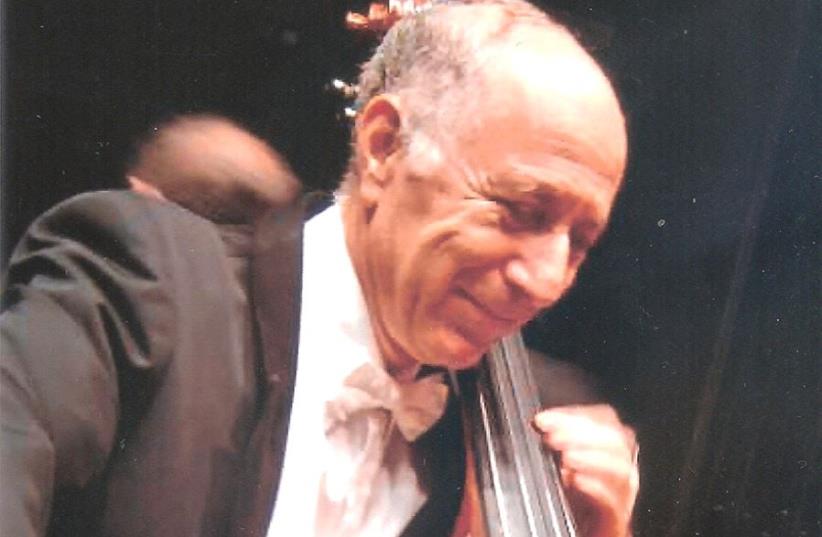 Bassist Gavriel Volé
(photo credit: PR)
Advertisement
You can’t argue with genetic baggage. Gavriel Volé certainly went with the hereditary flow when he entered the world of classical music, and eventually took up the double bass.Volé, now in his late 60s, will be on duty up north next week, when he performs at this year’s Voice of Music Festival, which will take place at its perennial berth of Kibbutz Kfar Blum in the Upper Galilee July 15 to 22. Volé will provide some of the lower register tones in a rendition of Mahler’s Symphony no. 4, on July 18, adapted for a chamber ensemble by Jewish Austrian musician Erwin Stein, who studied and was a friend of groundbreaking 20th century composer Arnold Schoenberg. Stein assisted his mentor with organizing the Society for Private Musical Performances in Vienna, which also featured performances of symphonic works by smaller ensembles.The bassist will also contribute to a performance of Fauré’s Requiem on July 19, as well as playing in a family-friendly version of Camille Saint-Saëns’s The Carnival of Animals, on July 21 and in the original “adult” reading in the closing slot of the festival, on the morrow.Volé comes from noteworthy musical stock. His violinist maternal grandfather, Yaakov Sorovitz, was a founding member of the Palestine Orchestra, the forerunner of the Israel Philharmonic Orchestra (IPO), in 1936 and his father, Leo, also played double bass with the IPO. Volé himself recently retired from his position with the orchestra after 47 years of sterling service.Bass genes notwithstanding, Volé first tried out on piano, with his mother providing initial training, before trying to follow in his grandfather’s violin-playing footsteps. The youngster may have been drawn to hands-on musical endeavor but he wasn’t entirely sold on the idea.“Let’s say I didn’t put in too many hours of practice on violin,” says Volé with a chuckle. “You know, it’s like a vicious cycle. If you don’t practice enough, your playing is not good, and you don’t enjoy it so much, and so on. My top notes were not clean at all.”The latter sticking point was eventually solved by his parents’ suggestion that he move on to the bass.“They said that we already had a double bass at home, and that my dad played, and that I was familiar with the instrument.” That did the trick. “I loved the idea,” Volé recalls. “I was 13 and a half, and I immediately began to practice. My parents said that, as I was dissatisfied with the quality of the high notes I tried on violin, it might be a good idea to go for a low-sounding instrument.”The teenager was also familiar with the classical repertoire for double bass, which he’d heard his father practice and play. It was a seamless transition and he soon found himself co-opted into the Gadna (Youth Corps) orchestra.“I really enjoyed playing the double bass. I started playing with different youth ensembles and I played chamber music with friends. The Gadna orchestra conductor, part of the time I was there, was Shalom Ronli-Riklis. It was an excellent orchestra, with kids from all over the country. We performed abroad and I got a lot of valuable experience then.”The forthcoming edition of the Voice of Music Festival marks the 33rd advent of one of the country’s leading classical music events, and Volé has been around for nearly 30 of them. It has been, he says, one of the most enduring liaisons of his life, and has provided him with a rich social circle, in addition to rewarding musical projects.“Chamber music is so intimate. When there is chemistry between the players, you get wonderful musical results. You can feel the energy from the other players, and I am certain the members of the audience also get that.”The pre-Romantic era was not particularly kind to double bass players, with just a few works, by such classical titans as Schubert and Beethoven, bringing the low register instrument to the fore. But that changed appreciably in the 20th century, with Stravinsky and Third Stream composer Gunther Schuller, among others, putting the bass in the spotlight. The Third Stream movement was based on a mix of classical music and jazz and, while Volé says he is not overly drawn to jazz, he has played works by now 87-year-old French jazz pianist and composer Claude Bolling.“I have taken part in jam sessions, but I do like jazz, and once an Israeli composer wrote a piece for me, which had places for improvisation.”There won’t be much in the way of on-the-fly profferings at Kfar Blum next week, but you can count on the usual high level of classical renditions over the five days, under the steady hand of artistic director and cellist Zvi Plesser, betwixt the sprawling lawns of Kfar Blum, with the Golan Heights shimmering on the horizon.All told, the festival program takes in 26 slots, with dozens of artists from all over the world, two orchestras, two choirs, solo vocalists, ensembles of varying sizes and several actors. There will also be children’s concerts and informal musical events. The lineup includes an a.m. rendition of Haydn’s Sunrise Quartet (July 20), trios by Bloch, Kodály and Brahms, and a piano quartet concert that feeds off Beethoven’s Eroica symphony.Plesser has ensured that contemporary works also get a look in, with, for example, Sonata for Piano by American composer Steven Stucky. There will also be the premiere of Stealing Kisses, based on a poem by Nava Semel that addresses parent-children relationships, with music by Moshe Zorman and directed by Oded Kotler.For tickets and more information: (04) 681-6481 and http://www.kolhamusica.org.il