Getting with the Ethiopian groove

Israeli Ethiopian musicians Abate Barihun and Gili Yalo are ready to combine their eclectic range of musical sounds in Tel Aviv this weekend. 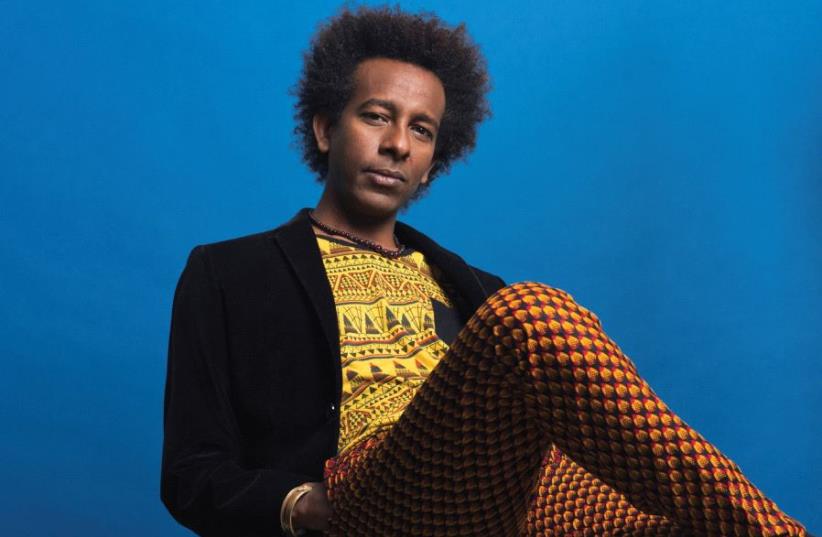 ISRAELI-ETHIOPIAN musicians: Jazz saxophonist Abate Barihun (right) and Gili Yalo
(photo credit: MICHAEL TOPOL)
Advertisement
Around 16 years ago, Abate Barihun was all washed up, in more senses than one. The now 49-year-old Ethiopian-born jazz saxophonist made aliya in 1999, leaving behind an ex-wife and a son, and joined the rest of his family here. He also left behind a pretty successful career in music. He had regular well-attended gigs at the Hilton and Sheraton hotels in Addis Ababa, after earlier enjoying the support of then Ethiopian head of state Mengistu Haile Mariam. Mind you, that official aegis did not come cheaply, and Barihun suffered bullet wounds when the bus of the Ethiopian military band in which he played, and which was occasionally sent abroad on state-funded tours, was fired on by EPRDF forces opposed to Mengistu’s Marxist dictatorship.But, after making it over here, Barihun soon discovered that, while he had realized his Zionist dream, his artistic career had ground to a painful halt. Unable to communicate in Hebrew, and faced with all manner of logistical and financial challenges, the John Coltrane-inspired reedman had to resort to working as a night watchman, and dishwasher, to make ends meet. The latter left him with detergent-scarred fingers and he was unable to even practice on his horn.Lady Luck eventually smiled on him when Moshe Bar-Yuda, the Jewish Agency’s former envoy to the Beta Israel community of Ethiopia and then head of Omanut La’am, an NGO which supported artistic endeavor in the country’s geographic periphery, together with musicologist Shlomo Yisraeli, helped him find another source of income.Thankfully, Barihun’s hands healed and the seasoned Ethiopian jazzman was able to get back on the music trail.Over the years he has worked with a wide range of musicians, including veteran rocker Ariel Zilber and now Australian-resident contemporary classical composer and pianist Yitzhak Yedid. The Yedid confluence led to the formation of the Ras Deshen duo, which put out an album and performed all over the country, feeding off an intriguing mix of Yedid’s genre-testing output and Barihun’s soulful bluesy playing. There have also been well-received synergies with such ethnojazz-inclined acts as Kuluma, and an Ethiopian-leaning jazz quartet led by Jerusalemite saxophonist Nadav Haber, and Barihun also performs piyutim – Jewish liturgical music.Fast-forward a few years and Barihun’s current gig schedule includes shows with fellow Ethiopian-born musician Gili Yalo, who spreads his singing talents across a broad stretch of largely groove-driven areas.The pair’s latest onstage pairing takes place this Saturday (9:30 p.m.) at the Enav Center in Tel Aviv, as part of the Sit & Listen series.Yalo and Barihun first met on stage around five years ago, when they played with stellar vocalist Esther Rada, who comes from an Ethiopian family. Yalo was suitably impressed with the saxman’s performance.“Abate is an amazing musician. We [in the Ethiopian community] all heard about him, but he blew me away at that show at Beit Avi Chai.”However, despite their shared cultural backdrop, and love of Ethiopian roots music, Yalo and Barihun don’t tread in precisely the same musical footsteps. While Barihun, who also sings, largely gets his musical kicks from jazz-based material, Yalo basically is a mover and a groover, albeit with an appreciation of improvised sounds.“I was in a band called Zvuloon Dub System, and most of the members were jazz musicians,” he notes. “But groove is my life,” he declares. “I relate to singing as dance, and dance as singing. That’s how I feel the music.” That comes across in Yalo’s animated stage conduct. “I move around a lot. I can’t just stand there and sing. It doesn’t work that way for me.”Barihun says he has no problem with Yalo’s seemingly divergent approach to music.“Groove is always good,” he laughs. “You know, artists also meet through their soul.That is so important.”In fact, the two musicians’ lines of artistic attack deviate about as much as they conjoin.That is partly down to the age difference – Yalo is 13 years younger – and the fact that singer came here at the tender of age of four, and with very little in the way of personal Ethiopian cultural baggage.Nevertheless, the youngster got plenty of that at home, although it was in stark contrast to the music and other cultural vibes he eagerly embraced as he grew up in Israeli society.“I listened to reggae – Bob Marley especially – and I got into R&B and soul and dance, but when I went home they’d say ‘this isn’t Israel here. This is Ethiopia.’” Yalo was destined for a singing career from the word go, and says he was told that on the family’s way to Israel he sat on his father’s shoulders and sang to the others on the plane. Later he became known as the class singer, and soon joined the Jerusalem- based Pirchei Yisrael religious boys’ ensemble, where he immediately impressed the choir promoter.“I was about nine or 10 years old and I sang a song for him, and he asked me if I had a passport because I was going with the group to perform in France.”The youngster took it all in his insouciant stride, and within a year he’d shared stages with stellar pop singer Ofra Haza, in Los Angeles, and popular Algerian-born French crooner Enrico Macias.It took Yalo some time to make it back home, and dig into his own roots, which eventually led him to his current musical mindset.“When I was about 27 I started reading up about Ethiopia, and I gradually got more into the music,” he recalls. “At some stage you have to decide who you are, and to take an honest look at yourself. You need roots, like a tree. I am proud of my Ethiopian heritage.”The same can be said for Abate, and Saturday’s gig, which also features a percussionist, bass player and guitarist, will be suffused with Ethiopian spirit, high energy and, of course, an abundance of infectious groove.For tickets: http://tinyurl.com/sit-listen2.