Grapevine: Russian Jews and the Kremlin 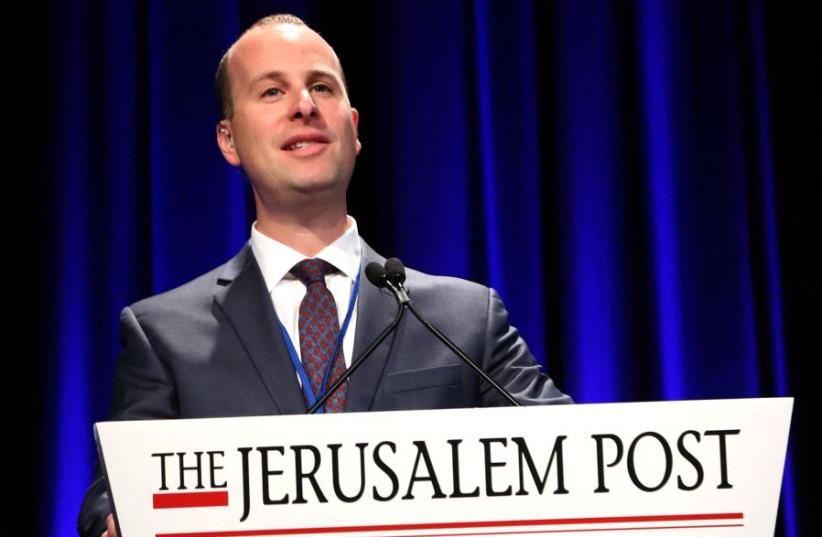 Yaakov Katz at the 2017 JPost Annual Conference
(photo credit: SIVAN FARAG)
Advertisement
RUSSIAN PRESIDENT Vladimir Putin has developed a good relationship with the Jewish community, or rather it with him, particularly Chief Rabbi Berel Lazar, who comes to Israel every now and again. While in Jerusalem this month, amongst other things, the rabbi will deliver a talk in English on “Putin and the Jews: Russian Jewry and the Relationship with the Kremlin.”The Italian-born Lazar, who is the chief Chabad emissary in Russia, arrived there just as Communism was making its exit and democracy was knocking at the door. One of the features of Chabad almost everywhere in the world is to form close ties with the political administration of the day and with philanthropists who can underwrite Chabad projects.As it happens, Beit Avi Chai executive director David Rozenson has strong Chabad connections of his own. He was born in Russia and spent his early childhood there, grew up in America and then went back to Russia to establish an Avi Chai presence there. His sons celebrated their bar mitzvas at the main Chabad Synagogue in Moscow, Marina Roscha, which is headed by Lazar.As is customary, rather than make a speech, Lazar will be interviewed by Jerusalem Post editor-in-chief Yaakov Katz. The event will take place on Monday, March 19 at 8:30 p.m.Lazar, who heads the largest Jewish organization currently working in the former Soviet Union, has overseen a revival of Jewish life there. While the situation for Jews in Russia appears to be relatively good, questions still persist regarding the intention and direction of the Kremlin and its political leadership and how this will impact on the Jewish community in the future.These and other issues, including those related to Israel, will be addressed throughout the evening. Additional information and tickets to the event, NIS 20 per person, can be reserved on line at www.bac.org.il ISRAEL HAS done well for itself on the military and diplomatic battlefields, but the war is not yet over, with active terrorist organizations such as Hezbollah and Hamas and the constant nuclear threat of Iran. On the diplomatic front, the struggle goes far beyond BDS. The rise of antisemitism and neo-Nazism is a matter of growing concern. Even in those countries whose governments profess to fight antisemitism, the political swing to the extreme Right promotes fear among Jews in Europe, with implications for the government of Israel.All the above and more have prompted the production of the new hard-hitting documentary film by Gloria Z. Greenfield, The Fight of our Lives, which will be screened at the Menachem Begin Heritage Center on Saturday night, March 17. Entry is free of charge, but pre-registration is required at [email protected] Greenfield will address the audience prior to the screening and speak about the internal and external threats facing the West; renowned journalist Melanie Phillips will speak after the screening.THE 6TH Global Forum for Combating Antisemitism, organized by the Foreign Affairs Ministry at the Jerusalem International Convention Center, will be held two days after the above mentioned screening. Among the 80 Jewish, Christian and Muslim speakers at the three-day event will be Prime Minister Benjamin Netanyahu; Imam Yahya Sergio Yahe Pallavicini, the vice president of Co.Re.Is, Italy; Manuel Valls, former prime minister of France; Irina Bokova, former secretary general of UNESCO; Nikolay Mladenov, UN special coordinator for the Middle East peace process; Malcolm Hoenlein, executive vice chairman of the Conference of Presidents of Major American Jewish Organizations – along with the presidents and CEOs of some of those organizations as well as presidents of major Jewish organizations in other parts of the world; Sandro de Bernadin, 2018 chair of the International Holocaust Remembrance Alliance and former Italian ambassador to Israel; as well as many other prominent figures from Israel and abroad including actress and Jewish activist Mayim Bialik.