Great Synagogue of Tel Aviv to get a facelift

Construction on the synagogue is expected to begin mid-2022 and should be complete by 2025. 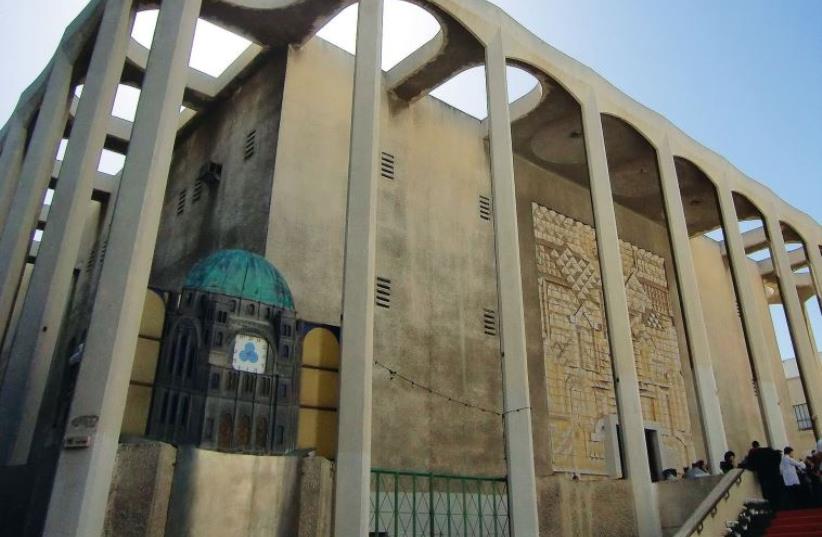 the Great Synagogue on Tel Aviv’s Allenby Street.
(photo credit: Wikimedia Commons)
Advertisement
The Great Synagogue of Tel Aviv, a historic monument, is expected to get a facelift after the Tel Aviv Foundation managed to secure enough funds for the project.The synagogue is known to have a particularly beautiful façade. Its renovation will allow for improved use as a municipal center for religious services, as well as community activity and tourism.Uri Padan, an architect who specializes in the preservation of historic buildings, will lead the renovation of the project. His company, UP Architects, has run several projects throughout Israel, including Sergei's Courtyard – a building from 1890 under the jurisdiction of the Russian Orthodox Ecclesiastical Mission in Jerusalem – as well as the Elisheva Theater in Tiberias.Construction on the synagogue is expected to begin mid-2022 and should be complete by 2025.
The plan for the Great Synagogue of Tel Aviv, which begins mid-2022 and should be complete by 2025
The building was originally created in the 1920s and completed in 1930. The building's style has evolved over the years, each style reflecting the stages of construction and perception that had best characterized that time period.The dome that tops the synagogue will be unveiled as part of the renovation. Three of the four existing colonnades will be demolished in order to allow for a new visitor center which will present the history of the building.As part of the renovation project, the synagogue's square will be made public and open for use instead of the current parking lot.The project was made possible due to a donation by the Patrick and Lina Drahi Foundation, which donated NIS 20 million to the cause of renovating and restoring the impressive structure. The Tel Aviv Municipality will match the donation to ensure that the project is seen through.