The drama ’Yabalek’ deals with some visceral issues. 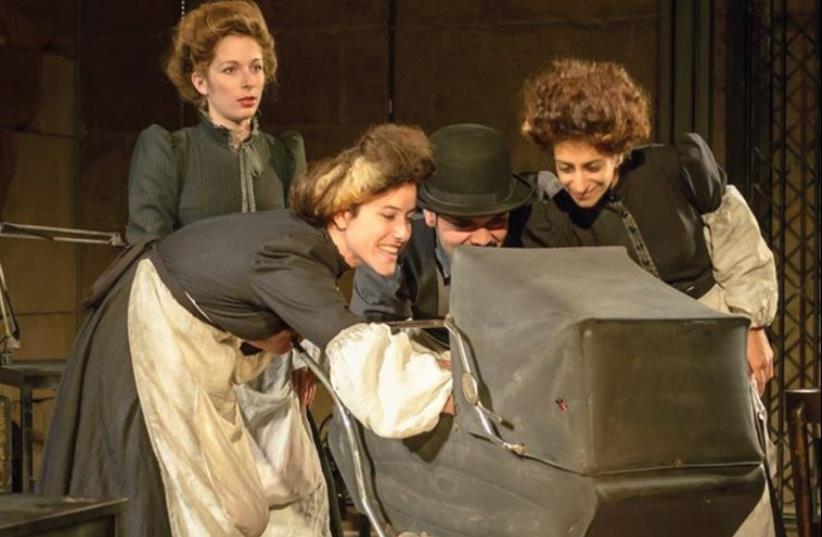 ’Yabalek’
(photo credit: URI RUBINSTEIN)
Advertisement
Theater productions can evoke a gamut of senses and responses. Some can be thought-provoking or intriguing, and others can be downright fun. While there is the odd lighter moment in the 90-minute play Yabalek, it is hardly of the pure entertainment ilk.The central theme of Yabalek, written by Abigail Rubin and Yoav Bartel, is fear. And if the creators were looking to leave their audiences with food for thought, this leans towards the five-course cerebral repast variety.Bartel fully admits to harboring a self-oriented ulterior motive in making Yabalek a corporeal and theatrical reality.“Two things happened simultaneously. I knew I had to do something about fear on the personal level – I had to address my own fears – and I looked around me at the society in which I live and saw that there was this synchronicity between me and everyone else around me,” he explains.The play clearly resonated with the audiences and jury members at last year’s Acre Fringe Theater Festival, landing first prize in the Competition category.The work is subtitled “A Trilogy about Fear,” which harks back to some of Bartel’s earliest childhood memories.“When I was a child, so I am told, I’d shout out ‘Yabalek!’ whenever I was frightened,” he recounts. “I think ‘Yabaleh’ was the way I said ‘Abbaleh’ [Daddy], and the ‘k’ at the end was a sort of Russian suffix. My grandmother came from Russia.”The kick-starter may have its origins in deep recesses of Bartel’s infancy, but that melded seamlessly with the general zeitgeist as well.“I look around me, and I see that we are constantly trembling with fear,” he notes.The storyline of Yabalek is set in a sweatshop in early 20th-century New York. The play is a highly physical, almost wordless piece that leaves much to the imagination. The actors exchange many meaningful glances, and the non-verbal format allows the audience to fill the textual void as they see fit.The idea for the setting came from a class Bartel gave at the Holon Acting Studio, in which he asked the students to create an improvisation slot as part of learning how to work within an ensemble framework. The proposed location was a sewing factory.“The students came up with a really good piece, and they asked me how they could develop it. I said I’d like to see them burn alive – I have no idea why I thought of that,” he says.The plot thickened when, a few days later, Bartel met up with a friend, Maor Zabar, who is now responsible for the stage and costume design for Yabalek.“I told him about the class exercise and how well it had gone, and he told me that there was an incident just like that when a sewing factory burned down in New York in 1911. I began to read up about it, and that’s how things got rolling and we ended up with the play,” Bartel explains.A triad theme is a constant throughout the play. For starters, Yabalek has three parts. The first part feeds directly off the New York tragedy and features five actors. The second section is primarily a dance duet. The last part takes the form of a TED-like address by a Family Constellations alternative therapy facilitator, played by Bartel. The latter is the only verbal component of the work and is in Hebrew.Yabalek appeals to all the senses in a powerful way. The color esthetics are front and center. The characters in the first part are dressed primarily in monochromatic clothes, and the triangular pieces of material they work on are brightly colored. There is also a patchwork blanket, which echoes the sewers’ raw material and provides a multi-hued counterpoint to the workers’ drab attire.“I became interested in the working class. I am very interested in people who have a hard life,” Bartel says. “I realized that if we relate to workers as some sort of inferior beings, their inevitable fate is that they end up being burned – in both the metaphorical and actual sense. If there is no solidarity between the classes, that’s how society ends up – being burned. I don’t believe an unjust society can last long.”There are all sorts of sociopolitical messages interwoven into the plot, and there is a reference to the now largely denounced kibbutz children’s houses where children slept in dormitories from a young age rather than in the family home.“If a person, regardless of their station in life, does not manage to find the means to rebel, they contribute to their own fate,” says Bartel. “I don’t blame them because I can understand that the downtrodden don’t always have the strength to shake free of their oppressors or have the ability to imagine that things can change, but the fact is that society is duty bound to address this.”Yabalek caught the Acre audiences somewhat unawares.“This is the most emotive thing I have ever worked on,” says the co-creator. “In Acre, in the last part with the lecture, I saw people of all ages crying.”That was quite an eye-opener for Bartel on both a professional and personal level.“I realized that the play did the business, but let’s set theater aside for a minute,” he says. “I also understood that the content of the play touched a very raw nerve. I received a lot of responses from all sorts of people a few days later. They said they completely lost themselves in the performance and that the content related to their own families and that they had a sense of suffocation. Some said they felt they’d been through some sort of therapeutic process. We didn’t plan on that, but at the end of the day, theater is an encounter between people who share the same space. I hope that with Yabalek, we managed to have an encounter that went beyond entertainment, that we touched some souls.”

‘Yabalek’ will be performed at Tmuna Theater in Tel Aviv on February 26 and 27 at 8 p.m. For tickets and more information: (03) 561-1211; www.tmuna.org.il
Advertisement
Subscribe for our daily newsletter