Based on the non-fiction best seller by poet and naturalist Diane Ackerman, the movie opens in theaters March 31. 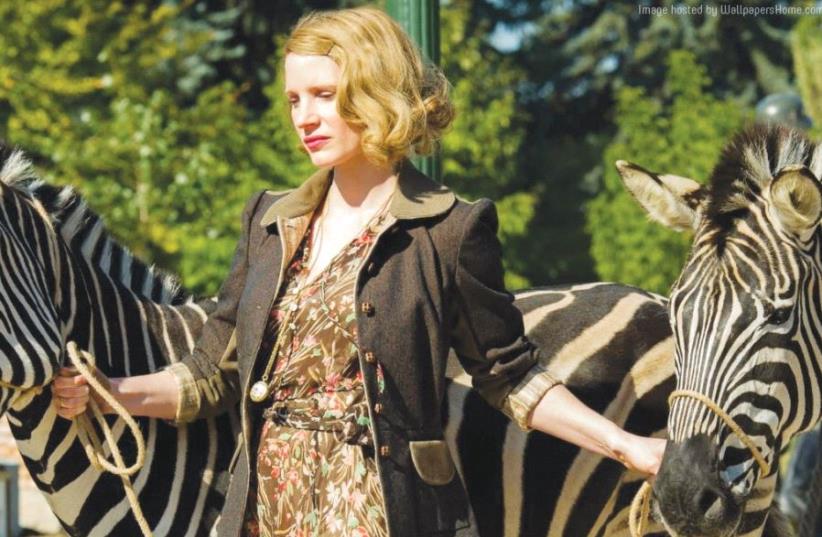 JESSICA CHASTAIN stars in the upcoming Holocaust drama ‘The Zookeeper’s Wife.’
(photo credit: COLLIDER)
Advertisement
Hollywood actress Jessica Chastain, director Niki Caro and actor Daniel Bruhl were in Warsaw Tuesday for a gala screening of The Zookeeper’s Wife.Chastain and Bruhl star as Antonina and Jan Zabinski, a remarkable zookeeper and his wife who saved 300 Jews from the Gestapo during World War II by stowing them away in animal cages at the Warsaw Zoo.Based on the non-fiction best seller by poet and naturalist Diane Ackerman, the movie opens in theaters March 31.During a news conference reported by AFP, two-time Academy Award nominee Chastain said she felt “so inspired” by the story of human kindness “that we need so much today.”She said what was exciting to play was how Antonina, initially unsure of herself, “is left alone at the house and given all this responsibility for caring for all these people and to protect them she grows into herself,” until by the end of the movie she is an equal with her husband.Director Caro said the movie turned out to be a very contemporary one, with an important message to everyone. The Zabinskis did the “right thing,” which she found very inspiring: to “act, to stand up, to act out of the highest vision of ourselves.”