In his own BACKYARD 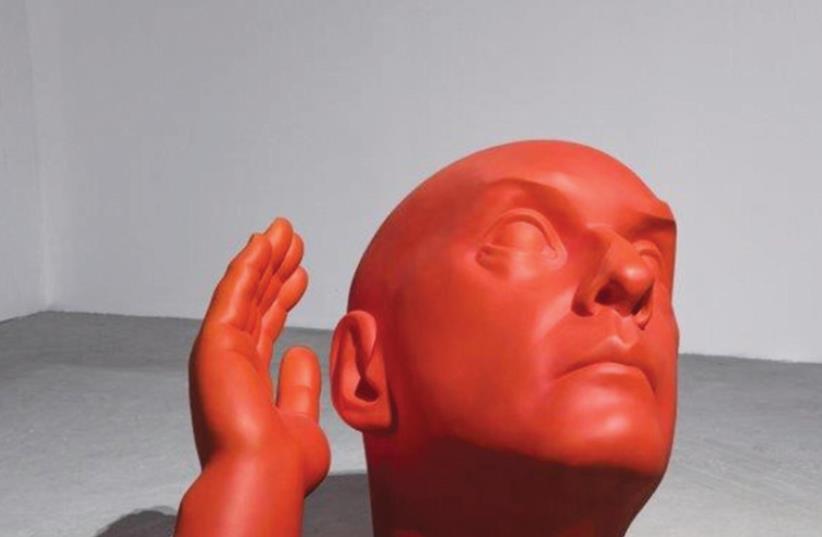 WORKS ON display from Uri Katzenstein’s latest exhibit ‘BACKYARD’ at Tel Aviv Museum of Art.
(photo credit: REVITAL TOPIOL)
Advertisement
BACKYARD is one of this year’s flagship exhibitions at the Tel Aviv Museum of Art. The exhibition of works by Israel’s enigmatic multidisciplinary artist Uri Katzenstein has been well received by visitors and critics alike, and will be on show through September 15, 2015. BACKYARD presents a comprehensive view of Katzenstein’s thought-provoking and highly emotive body of work, as he transforms the exhibition spaces into unique visual landscapes that waver between the future and the past.Katzenstein was selected to exhibit at the Tel Aviv Museum of Art as the winner of the 2014 Dan Sandel and Sandel Family Foundation Sculpture Award, and the Museum enthusiastically chose to enlarge the exhibition to better display the complex and evocative dimensions of Katzenstein’s work.“Katzenstein is one of those groundbreaking artists who undermine the standard experience of observing artworks and blur the boundaries between different artistic mediums,” says Suzanne Landau, museum director and chief curator. “His oeuvre exposes viewers to innovative and exciting experimental art, surrounding them and transforming them into an inseparable part of the work.”The exhibition title alludes to things that remain behind the scenes or invisible to the naked eye. As opposed to the order that dominates a front yard, a backyard is a place where thoughts, experiments, and failures accumulate. The title also inspires a dialogue between the medium of architecture and with previous works by Katzenstein.“Katzenstein’s oeuvre contains humor and touching, strikingly beautiful scenes. His works, which combine the worlds of fantasy, technology, contemporary aesthetics and social interpretation, undermine basic assumptions concerning our modes of functioning and our way of understanding the world that surrounds us,” says exhibition curator Varda Steinlauf.Katzenstein (b. 1951, Tel Aviv) is internationally recognized for his innovative and interdisciplinary approach to sculpture, performance, music, machines and film.Throughout the decades, Katzenstein has exhibited in prestigious venues around the world, among them the State Russian Museum in St.Petersburg, the Venice Biennale and the Biennale in Buenos Aires, where he was awarded first prize.In his exhibition at the Tel Aviv Museum of Art, Katzenstein’s works are presented in three main gallery spaces.Each of the spaces lends a separate thematic tone, while harmoniously integrating through collective motifs. Throughout the exhibition, various aspects of Katzenstein’s multi-disciplinary work are examined through a range of mediums – video, sculpture, sound and robotics and language, all of which express a metaphorical, imaginary world that echoes danger and menace, whose central axis is the human body and hybrid objects.“Most of my works are based on hybrid creatures, which always mediate between different approaches. I am interested, for instance, in exploring how music can become something more visual,” says Katzenstein.This can be seen in his performances.BACKYARD showcases the range of Katzenstein’s art-making process. Katzenstein’s prize-winning sculptures, painted bronze figures, inhabit the gallery spaces, thus creating an artificial world of androgynous hybrid characters from his imagination. The exhibition vacillates between sculpture and video, and films like Family of Brothers (1999) and Hope Machines (2006- 2007) give the viewer a sense of Katzenstein’s intention as he invites music and objects to, in his words, “dance with one another.”The exhibition and catalogue is presented in three languages: Hebrew, English and a creation Katzenstein calls “Backyard font,” which graphically represents English in an alternative way. The artist, who himself speaks Hebrew, English and German fluently, and has a good understanding of French, sees this exhibition as his note of intent for his new “language of the future.”Katzenstein is anything but predictable, and the artist’s refusal to be generic coupled with his limitless imagination launches his work to a transcendent, futuristic status that must be experienced to be truly comprehended.