IN PHOTOS: A movement of color at Bat Yam street fair 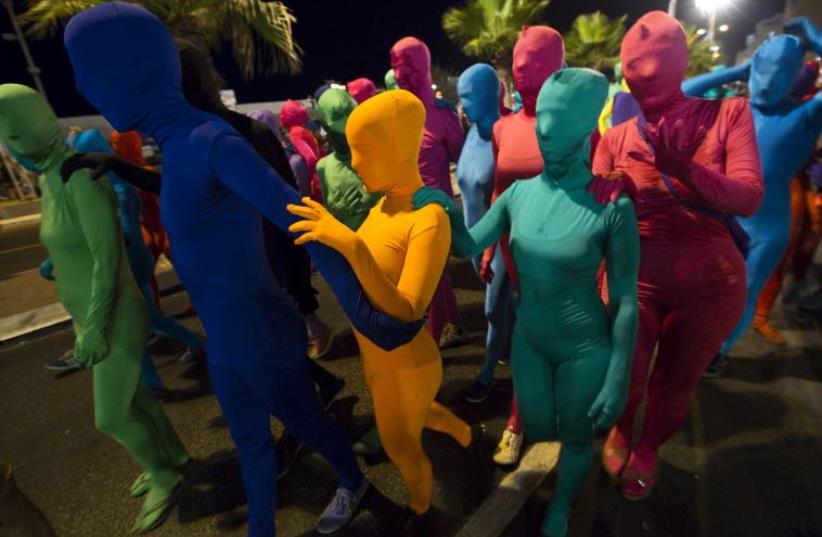 Street art performance in Bat Yam
(photo credit: REUTERS)
Advertisement
A group of people wearing solid colored body suits took to the streets of Bat Yam over the weekend as part of a street art performance during the Bat Yam International Festival of Street Theater and Art. The performance was initiated by a group of street artists called Prizma Ensemble. The performance, called "Movement of Colors" aimed to bring the audience to consider issues of identity by removing the identity of the performers.  The festival described the performance saying, "concealing one’s unique identity stretches the borders of existing reality, playing with it, mocking it and facilitating an examination of our connections with the self and the other when we lack distinct individual identity."Participants wore bold colored body suits that covered them from head to toe, concealing their identities entirely. Artists were identified only by color: Orange, Purple, Red, Blue, Pink, Yellow, Azure, Green, White.Reuters contributed to this story.