In the spirit of peace and unity.

By JULIANE HELMHOLD
APRIL 8, 2018 06:26
Minister of Culture and Sports Miri Regev opens the Mimouna celebrations at the home of the Mayor of Lod Yair Revivo, April 2018
(photo credit: Courtesy)
Advertisement
As hundreds of thousands Israelis celebrated the end of Passover with traditional Mimouna festivites on Saturday night, Israeli politicians were hosted by families across the country to take part in the fun. Mimouna is a three-century-old North African Jewish celebration that marks the end of Passover. It has been popularized in Israel by Jews from Morocco.Prime Minister Benjamin Netanyahu, accompanied by his wife Sara at a Mimouna party hosted by the Swissa family in Gan Yavne, used the opportunity to address Friday's events in the Gaza Strip. 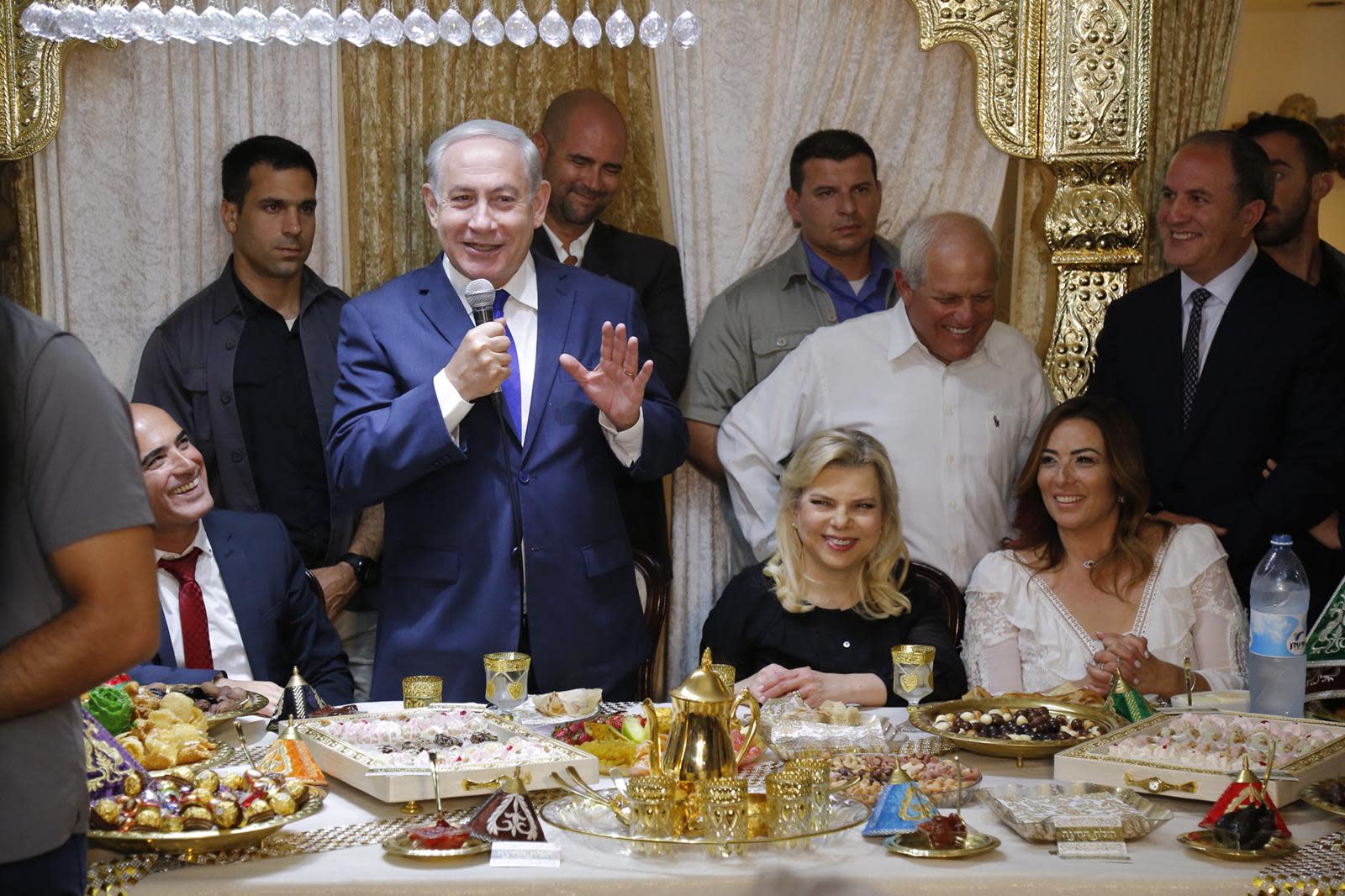 Prime Minister Benjamin Netanyahu and his wife Sara Netanyahu at the Mimouna celebration hosted by the Swissa family in Gan Yavne, April 2018 (Courtesy)"I salute the soldiers of the IDF who constantly guard us against those who pretend to speak in the name of human rights and wave Nazi flags. They talk about human rights but, in reality, want to destroy the Jewish state. We will not let them. We will stand firm." the prime minister emphasized. "We believe in the future of our state and our nation."Similar sentiments resonated in Defense Minister Avigdor Liberman's statement, who celebrated with his Yisrael Beyteinu party in Ashdod. "The Passover holiday, which ends at this hour, was one of the quietest and safest we have known in recent years, and the Israeli people owe great thanks to thousands of IDF soldiers, the Shin Bet and the police who worked very hard and thwarted any attempt to challenge us. Hamas sends terrorists under the guise of civilians to harm our sovereignty, and the world presents this parade of terror as a civil protest. This is a celebration of hypocrisy." 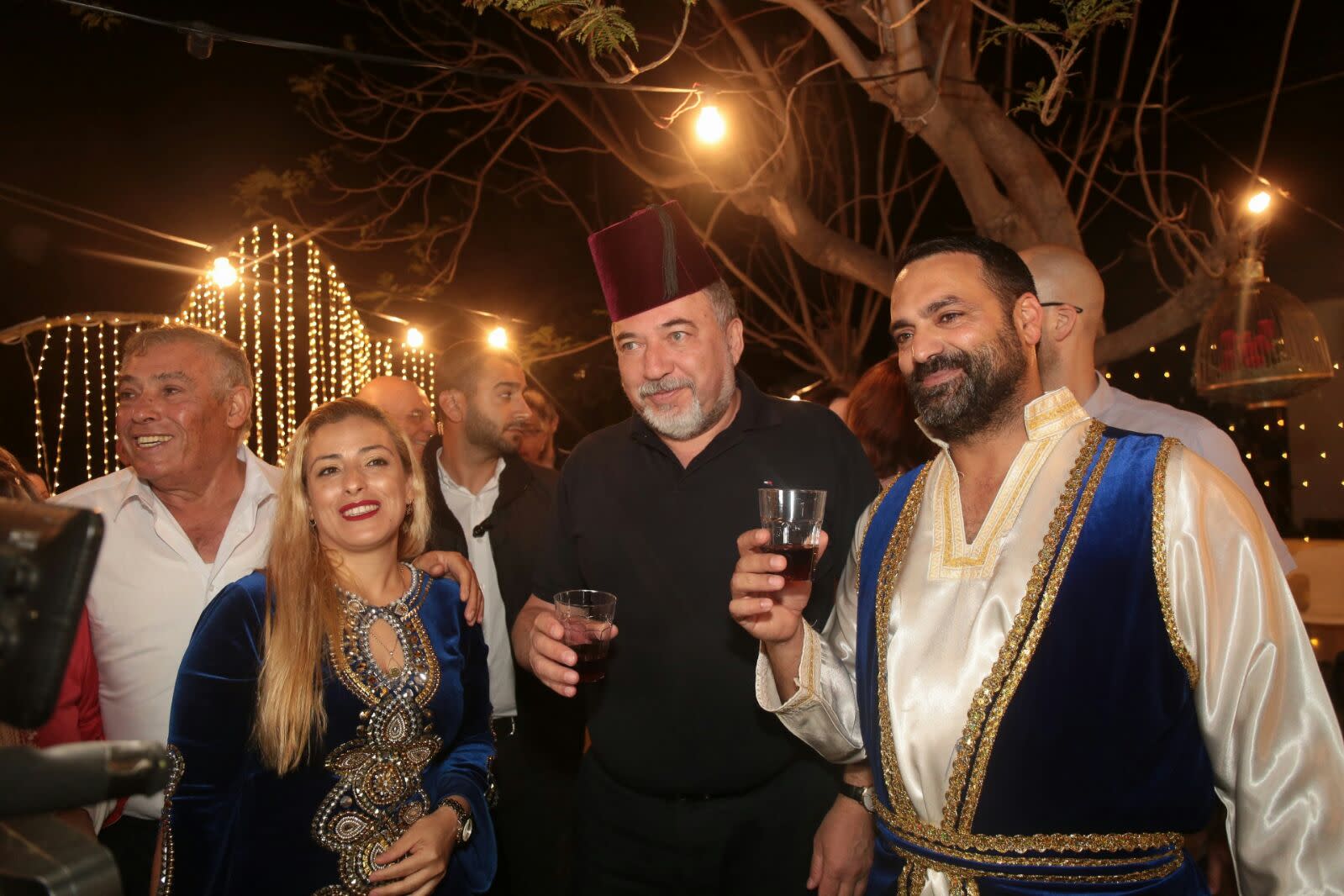 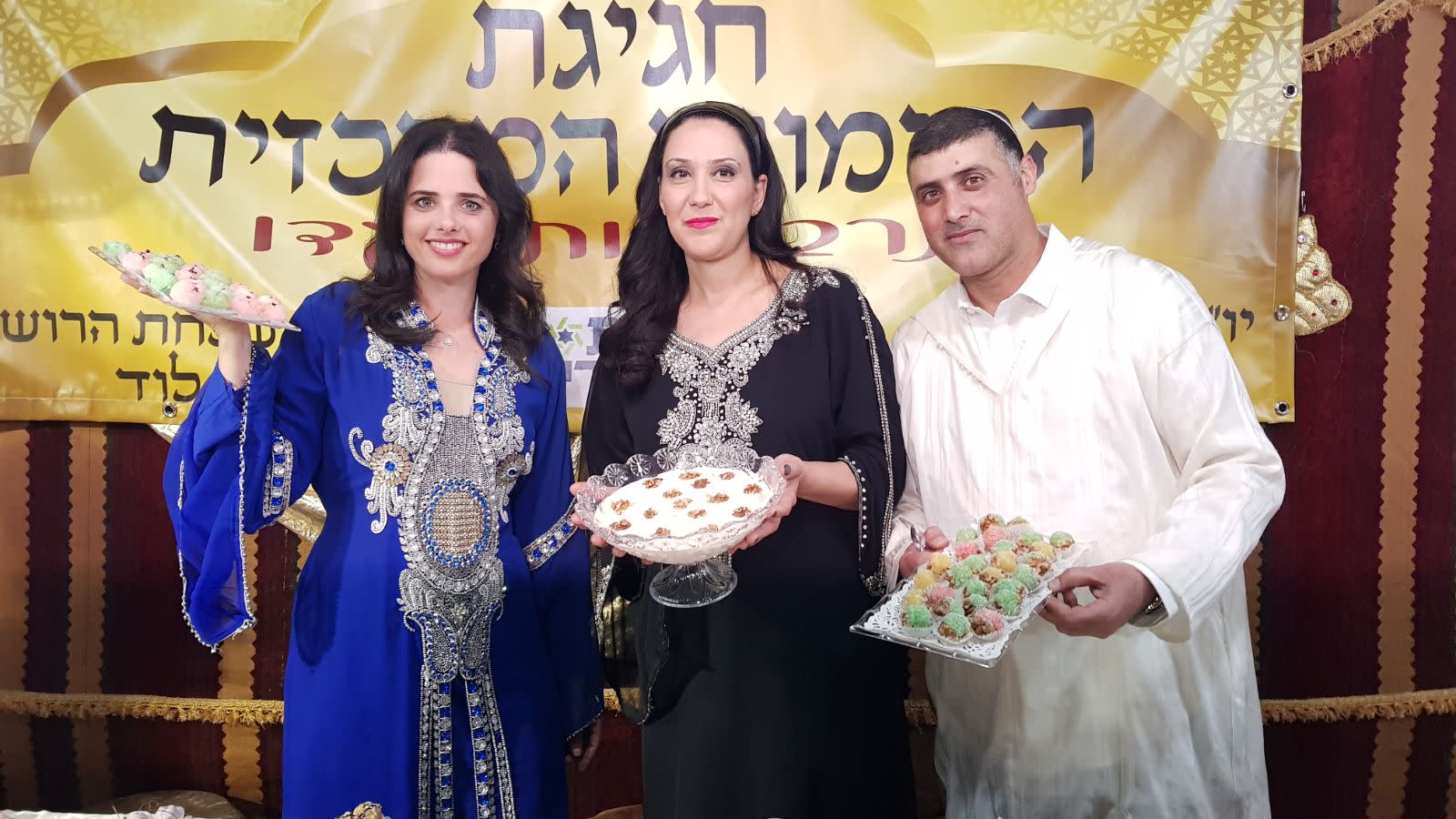 Justice Minister Ayelet Shaked at the Mimouna hosted by the Harosh family in Lod, April 2018 (Courtesy)"Israel celebrates all over the country thanks to IDF soldiers and security forces, who are on guard at the northern border as well as the border with the Gaza Strip," Shaked emphasized. "No one has the right to violate our borders," Bennett added. 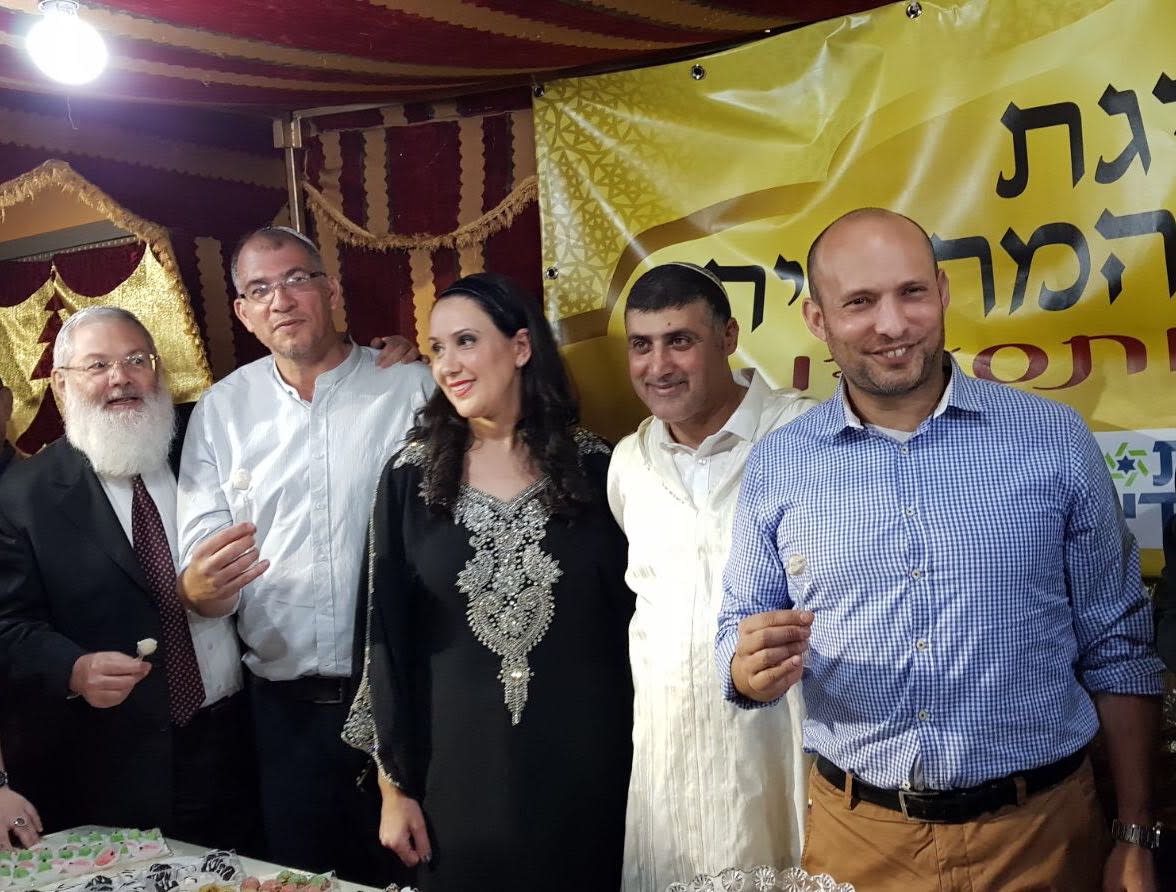 MK and Education Minister Naftali Bennett at the Mimouna hosted by the Harosh family in Lod, April 2018 (Courtesy)The largest private Mimouna party took place in Rehovot, hosted by Deputy Mayor Zohar Blum and his wife Hani and featuring guests such as MKs Oren Hazan, Meir Cohen, Karin Elharhar, Haim Yellin and Rehovot Mayor Rahamim Malul as well as the city's people. At the Rehovot Mimouna, it was agreed at the initiative of Zohar Bloom that the Mimouna should be declared a national holiday by means of a bill that will be submitted by MKs Meir Cohen and Oren Hazan once the Knesset returns from the Passover break."The Mimouna, for me, symbolizes a time of unity among the Jewish people. There are no Ashkenazi and no Mizrachi Jews. We all celebrate together once a year, and it is fitting that there be an event," said Bloom. "I thank MKs Meir Cohen and Oren Hazan, who have joined in promoting the bill, and this is an excellent example of unity between a coalition and an opposition." 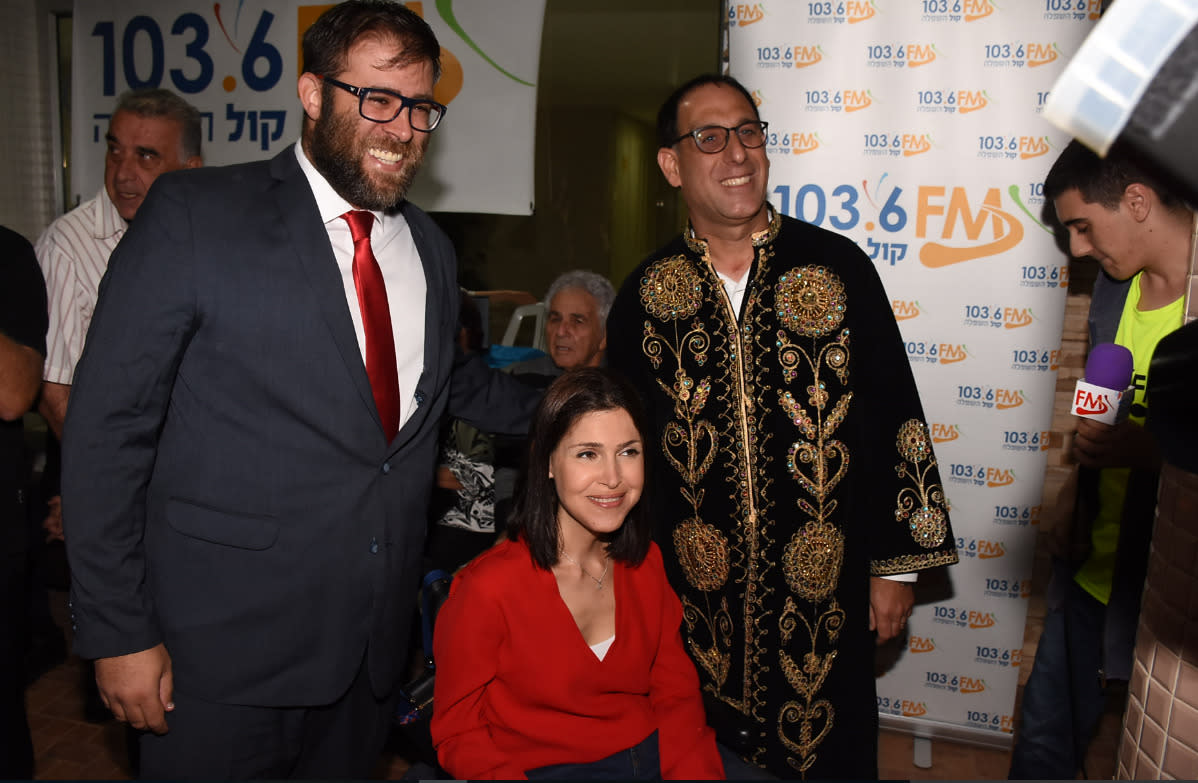 MK Oren Hazan and MK Karin Elharar at a Mimouna in Rehovot, April 2014 (Courtesy)In the spirit of unity, the event saw Hazan, who frequently attacked the Yesh Atid party in the past, make up with Yesh Atid MK Karin Elharhar.Minister of Finance Moshe Kahlon celebrated the Mimouna in Gedera, also addressing the current situation in Gaza. "Thanks to the IDF soldiers guarding us, we can celebrate tonight." 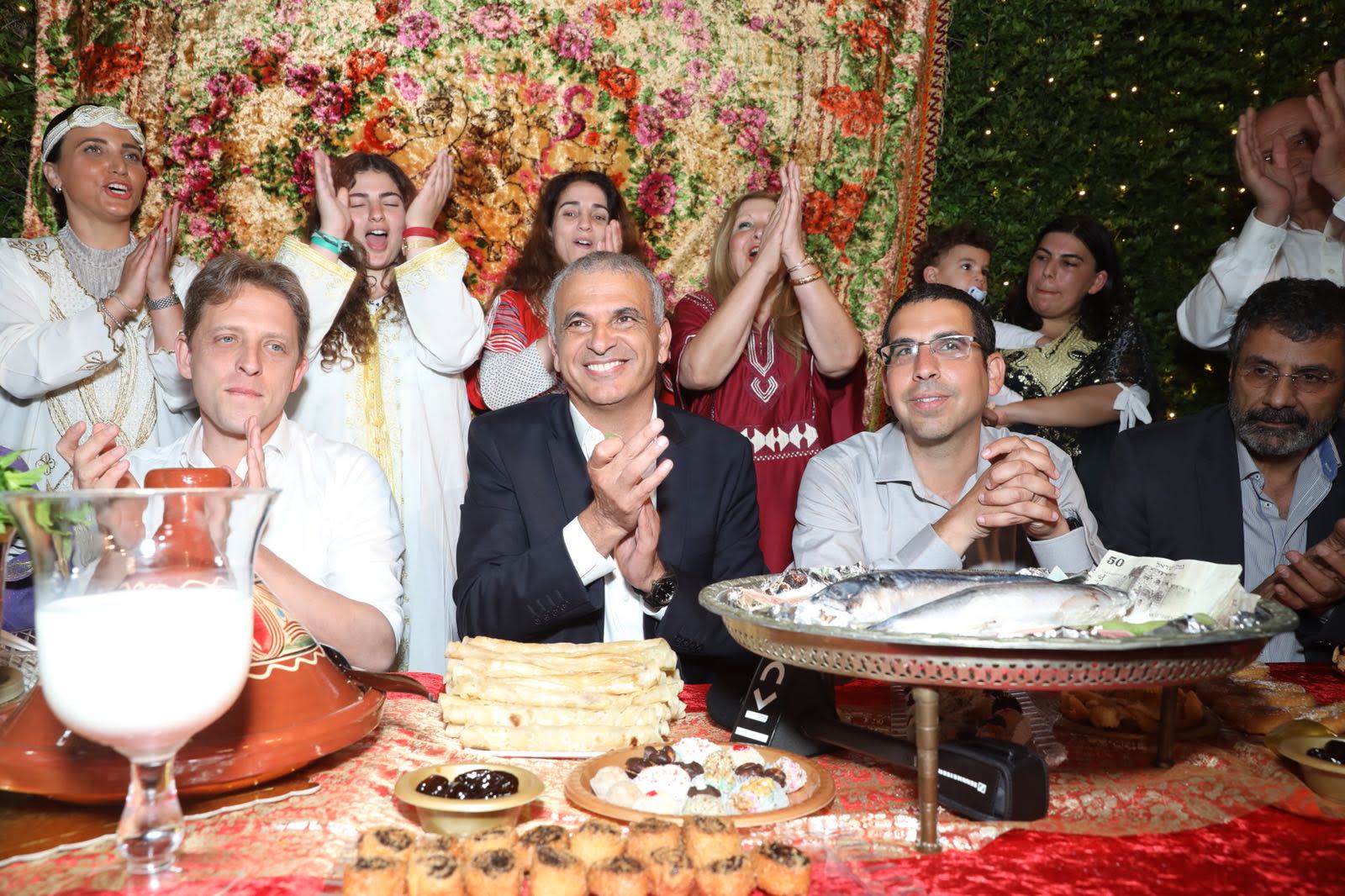 Finance Minister Moshe Kahlon at the Mimouna celebrations at the Pinto family in Gedera, April 2018 (Elad Malka)President Reuven Rivlin and Speaker of the Knesset Yuli Edelstein were hosted at a traditional Mimouna celebration at the home of Nurit and Pini Sabah in Ashkelon. 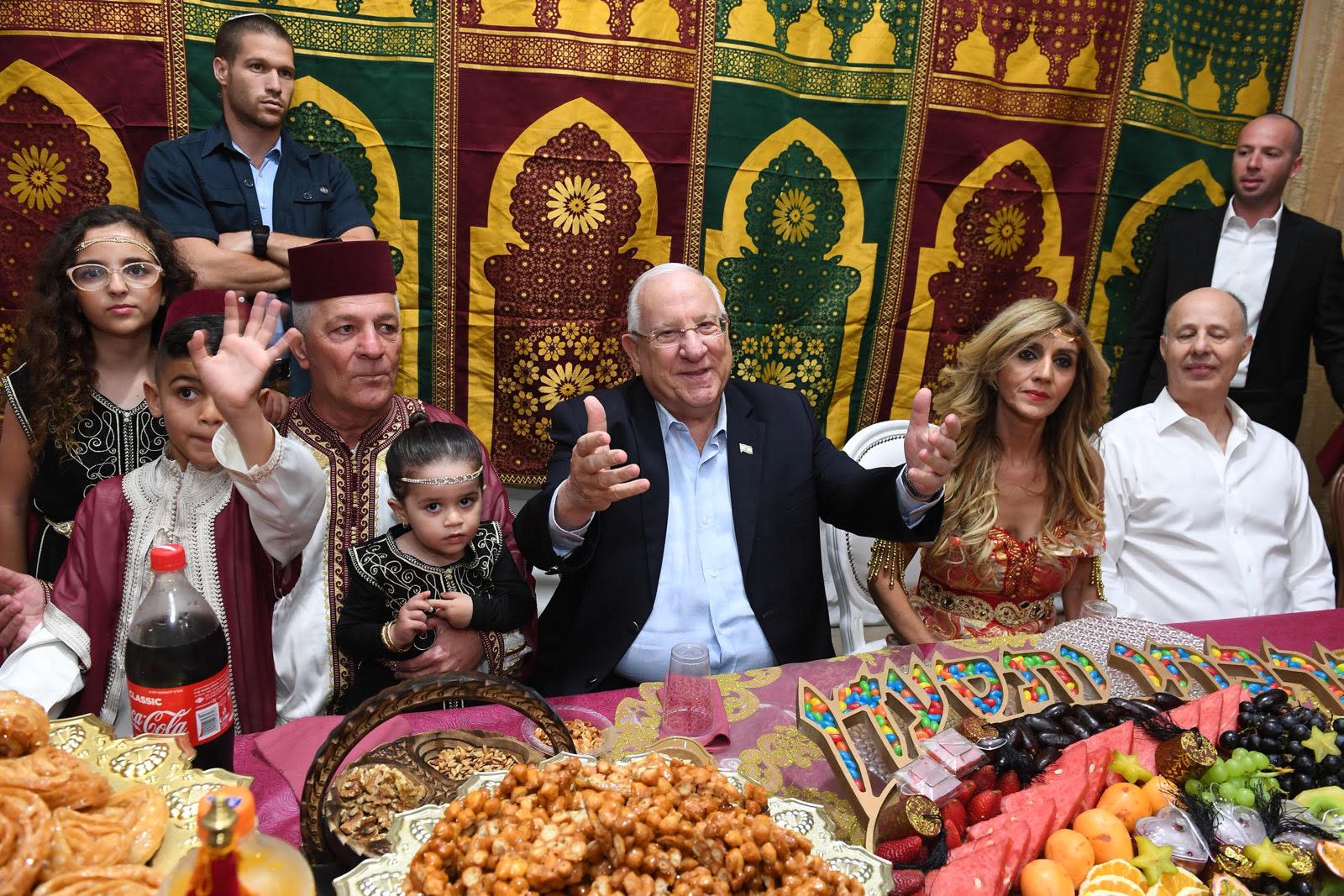 President Reuven Rivlin at a Mimouna celebration in Ashkelon, April 2018 (MARK NEIMAN)"My brothers and sisters, in the the seventies we began celebrating Mimouna which was brought to us by the wonderful community from North Africa. It was like opening a door for all of us to be together, to be united. I want to thank our brothers and sisters who have given us this wonderful tradition," Rivlin said to the guests of the event."We have returned to our land and created a miracle in seventy years - something no nation has ever done. Why should we only open our hearts once a year? Let us do so throughout the year too when we face disagreements in order for us to remember that we are brothers and sisters." 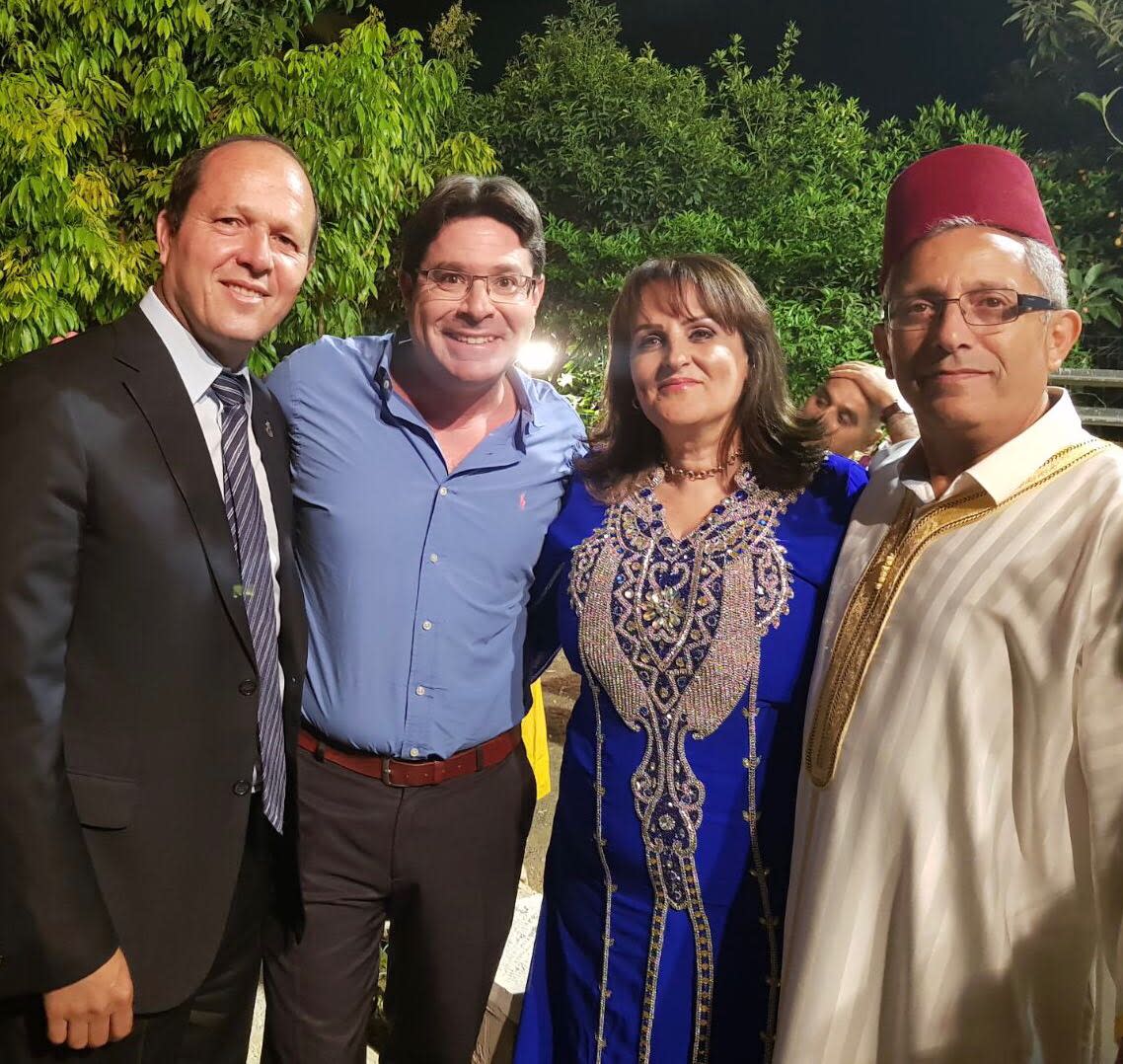 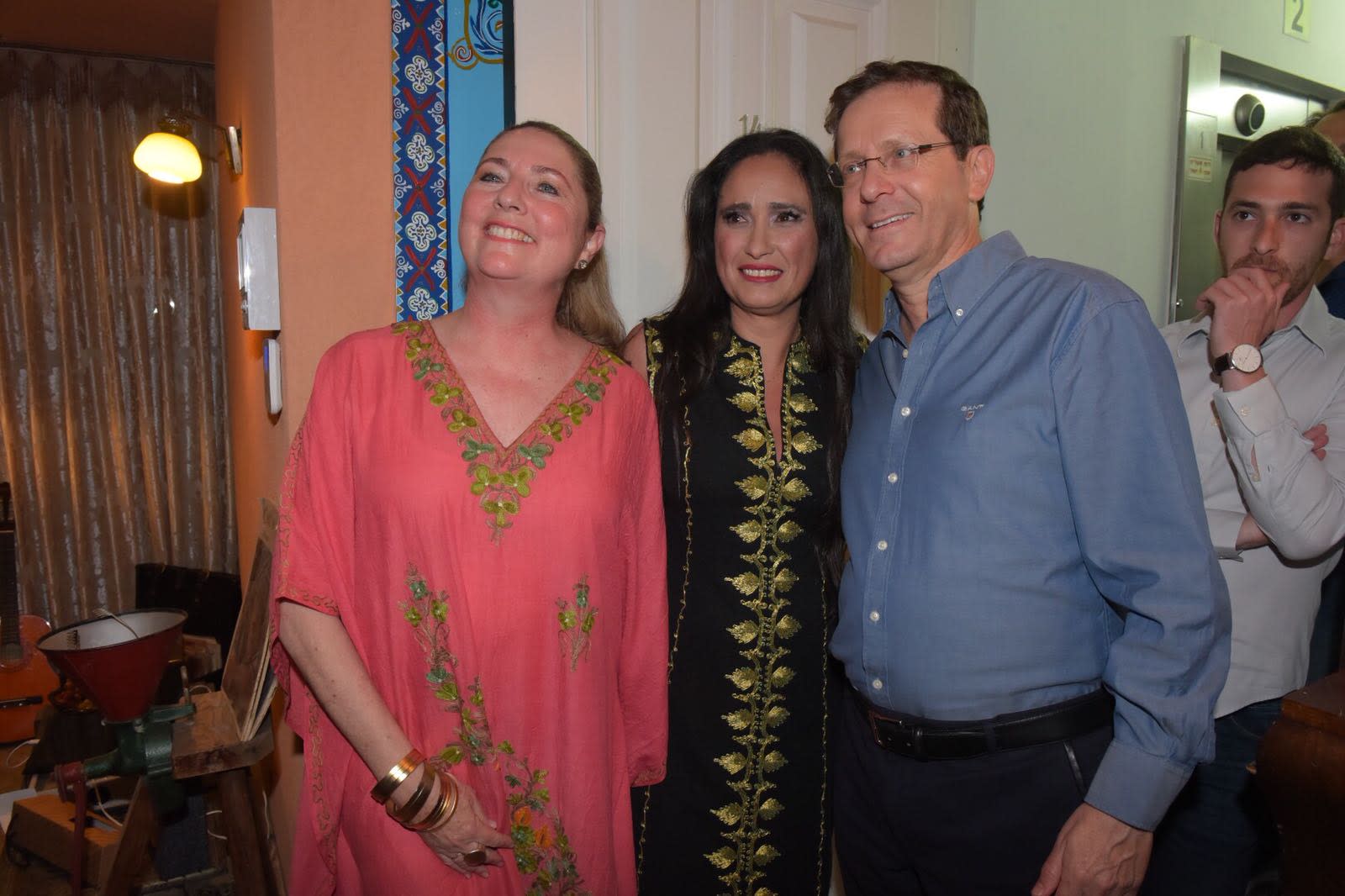