Invasion of the summer shows

Bieber, Aerosmith, Radiohead - 2017 is shaping up to be a banner one for international touring acts. David Brinn highlights the main attractions and whether they're worth the shekels. 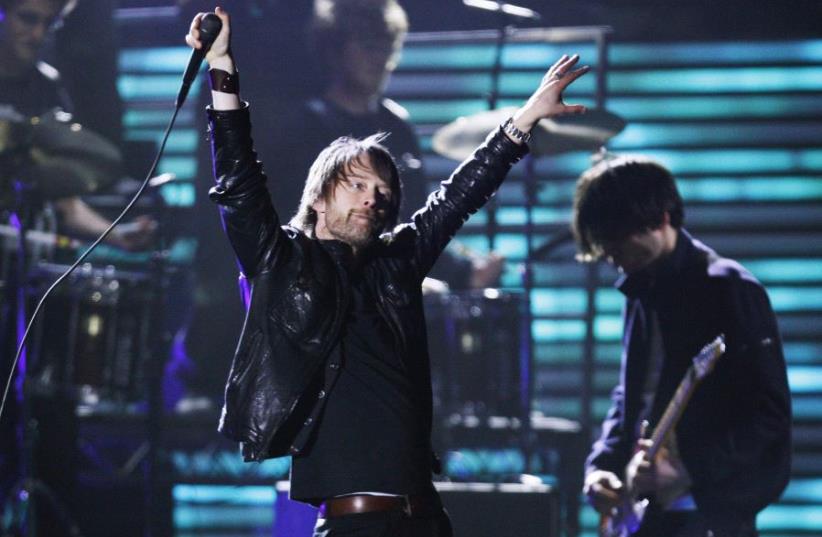 Lead singer Thom Yorke performs with his band Radiohead at the 51st annual Grammy Awards in Los Angeles February 8, 2009
(photo credit: REUTERS)
Advertisement
Imagine Radiohead's Thom Yorke and Guns & Roses front man Axl Rose bumping into each other at the smoked fish table at the Tel Aviv Hilton breakfast buffet.Whether or not they would have anything in common beyond small talk about pickled sturgeon, that bong dream scenario could conceivably be consummated in Israel when both bands perform at Tel Aviv's Park Hayarkon within 4 days of each other – G&R on July 15 and Radiohead on July 19. "We're on the map!" Israeli basketball legend Tal Brody exclaimed back in 1977. And while his now iconic statement was referring to Maccabi Tel Aviv's stunning victory in the European Cup Basketball Championship, the phrase also seems applicable to the Israeli international concert industry.The announcement earlier this month that giant US promoters Live Nation had purchased a majority stake in Tel Aviv’s Bluestone Entertainment and launched Ticketmaster in Israel, is an indication that Israel has arrived as a respected destination for international touring act, BDS efforts be damned.Bluestone, founded in 2014 by Madonna manager Guy Oseary, Guy Beser, Shay Mor Yosef and Gadi Veinrib, has brought over Bon Jovi, the Backstreet Boys and Enrique Iglesias and is handling the Guns & Roses show as well as Aerosmith at Park Hayarkon on May 17.“The Israeli fans have proved in the last three years that there is a real market and demand for live international shows,” said Beser and Mor Yosef in an announcement. “The collaboration between Live Nation and Bluestone will firmly establish Israel as a ‘must-play’ market on any world tour.”Barring any Gaza escalation, the next few months promise to be the busiest musical season that Israel has arguably ever seen. Besides the return of Radiohead and Guns & Roses, a slew of acts current and archaic will be touching down at Ben-Gurion Airport and entertaining their fans.The discerning music fan with a limited budget is going to have to make some tough decisions. Here is an admittedly subjective consumer guide rating from 1-10 which shows are best to rock and which you should roll over: 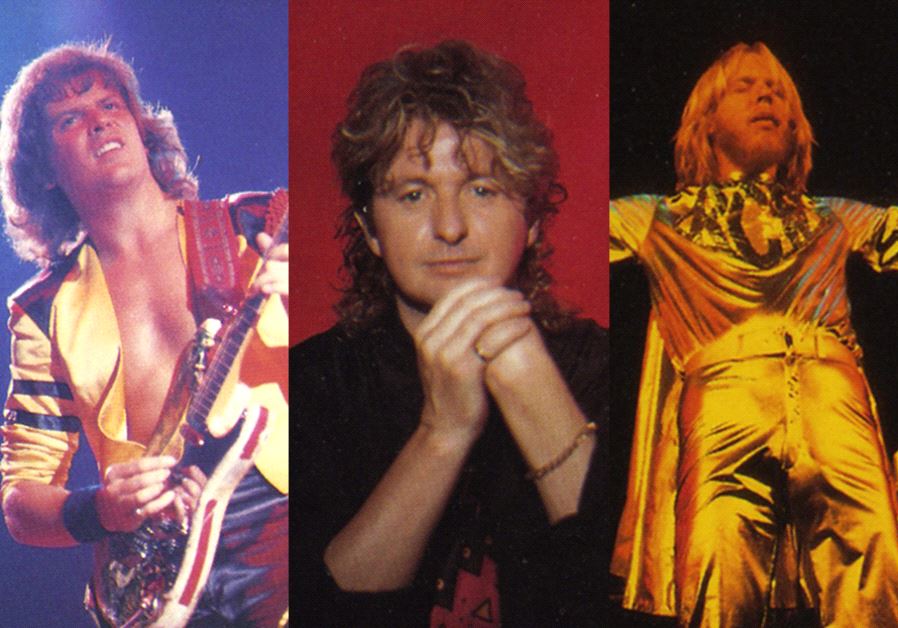 Anderson, Rabin and Wakeman  March 7, Menorah Mivtachim Arena, Tel AvivTickets from NIS 235 to 640Core members of 1970s progressive rockers Yes – Jon Anderson, Rick Wakeman and Trevor Rabin – take listeners on a time machine of hippie/sci-fi lyrics, choir boy harmonies and intricate instrumental passages.  Wakeman's Tel Aviv solo show in 2014 was loads of fun. Grade - 7 The OrchestraMarch 23-26 in Haifa, Tel Aviv and JerusalemTickets – NIS 250-500No Jeff Lynne, and only violinist Mik Kaminsky from the original Electric Light Orchestra will be onstage. But as shown from their previous visits to perform in Israel, the Orchestra puts on a crowd-pleasing, professional and faithfully rendered replication of the British band's pop hits. Grade - 6 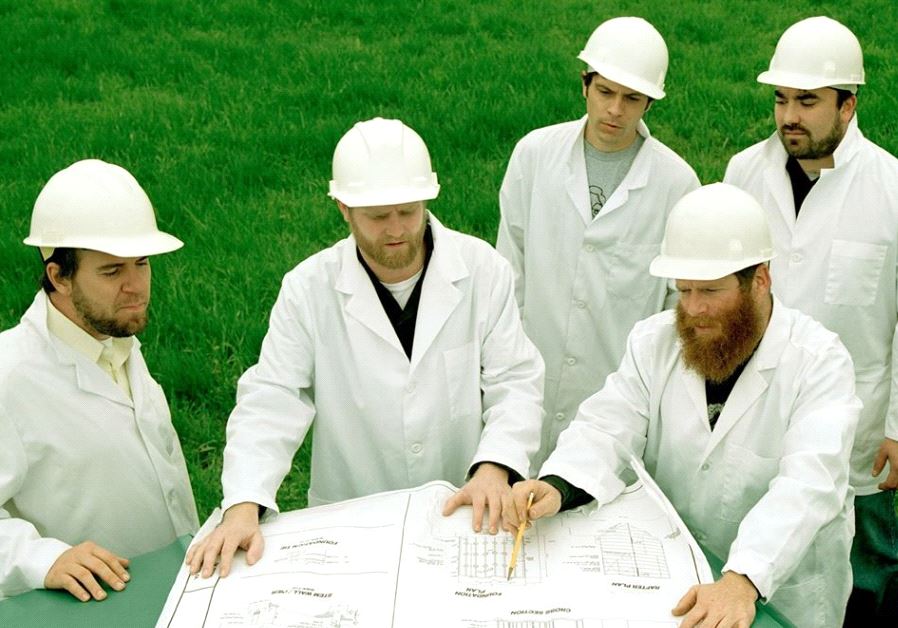 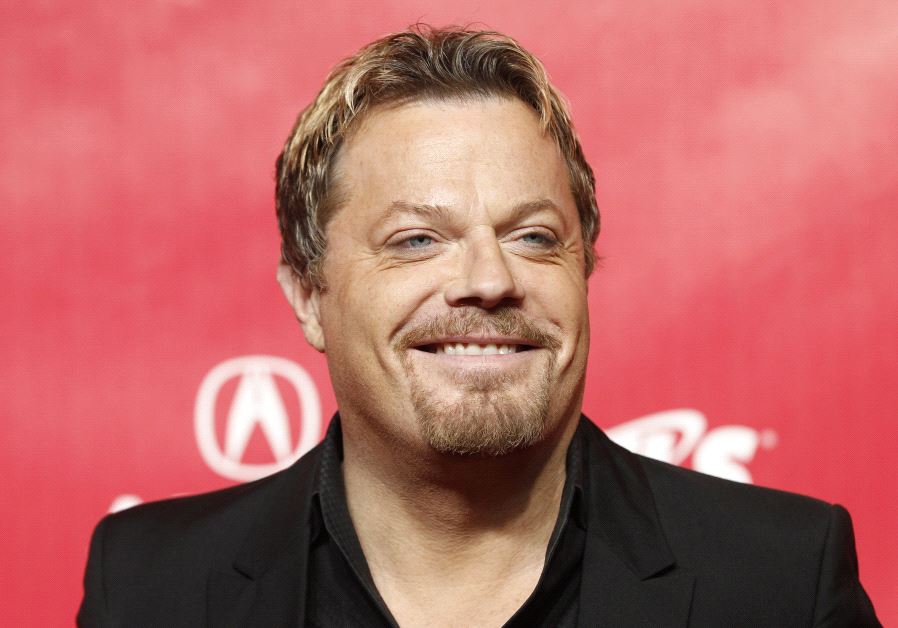 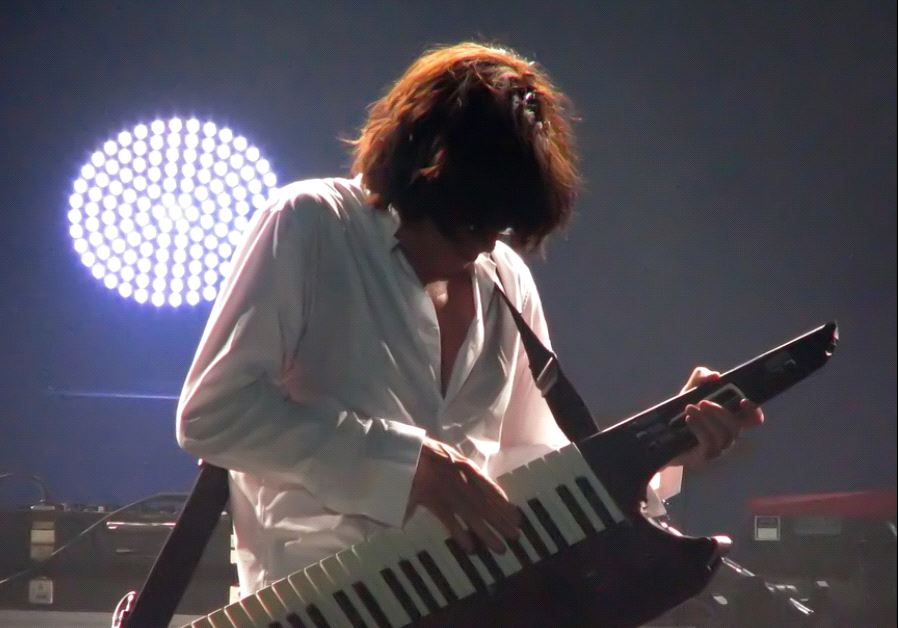 Jean Michael JarreApril 6, Masada Amphitheater, Dead SeaTickets: NIS 495 – 2,995Subtitled the Zero Gravity Concert, this will be spectacle of the first order, with the French godfather of electronic music going full laser and fireworks for this late night show at the foot of Masada. Watch out for the brown acid. Grade – 8 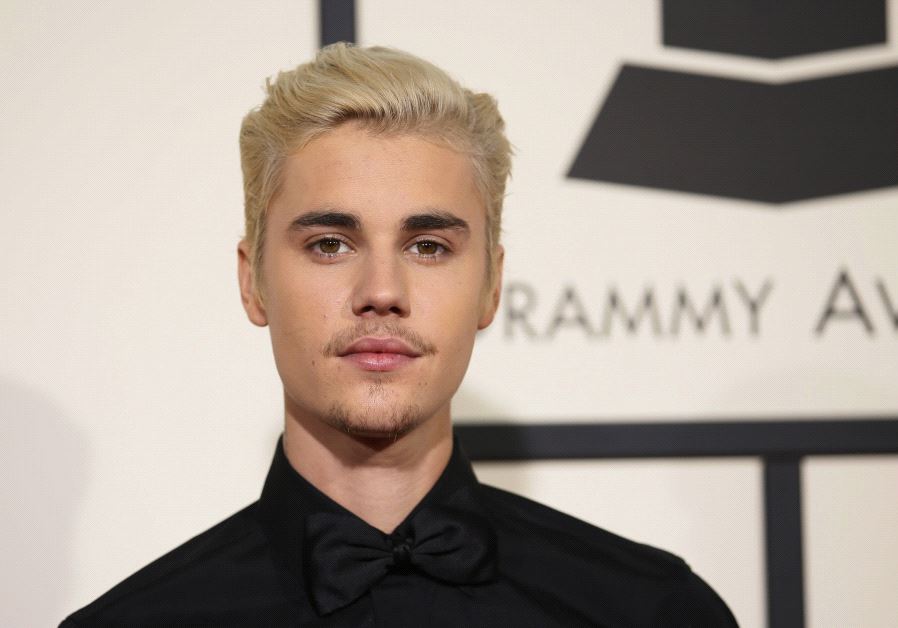 Justin BieberMay 3, Park Hayarkon, Tel AvivTickets: NIS 395 -1125The Canadian teen pop idol didn't sell out Park Hayarkon on his first visit here in 2011, but reviews cited a sterling performance full of glitz, dancing and heart.  The show of the year if you're under  18. Grade - 6 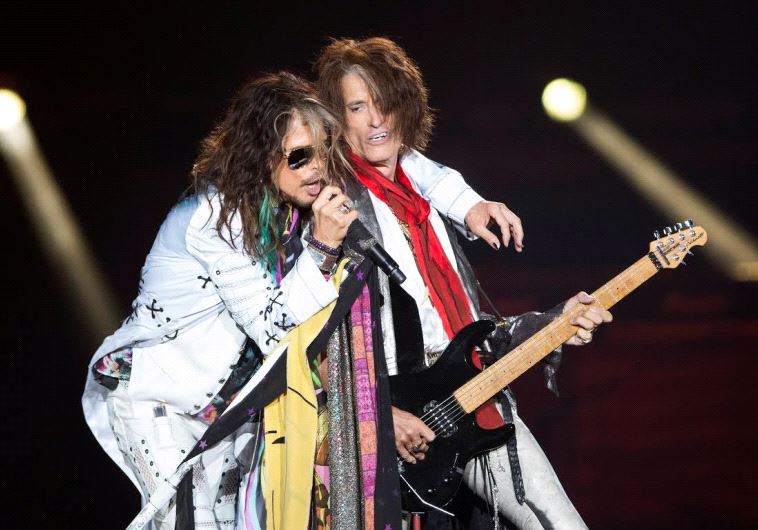 AerosmithMay 17, Park Hayarkon, Tel AvivTickets:  NIS 295 – 875 The bad boys of Boston rock on their farewell tour, back in Israel for the first time since 1994. Expect a lot of their latter-day middle of the road hits, but also a fair share of bluesy raunch from Tyler, Perry and company. Grade – 8 Paul YoungMay 21, Menorah Mivtachim Arena, Tel AvivTickets: NIS 199-449The blue-eyed soul veteran returns to Israel with his greatest hits, like "Wherever I Lay my hat,"" Come back and Stay" and "Every Time You Go Away."  The voice may not be as strong, but the songs endure. Grade - 6 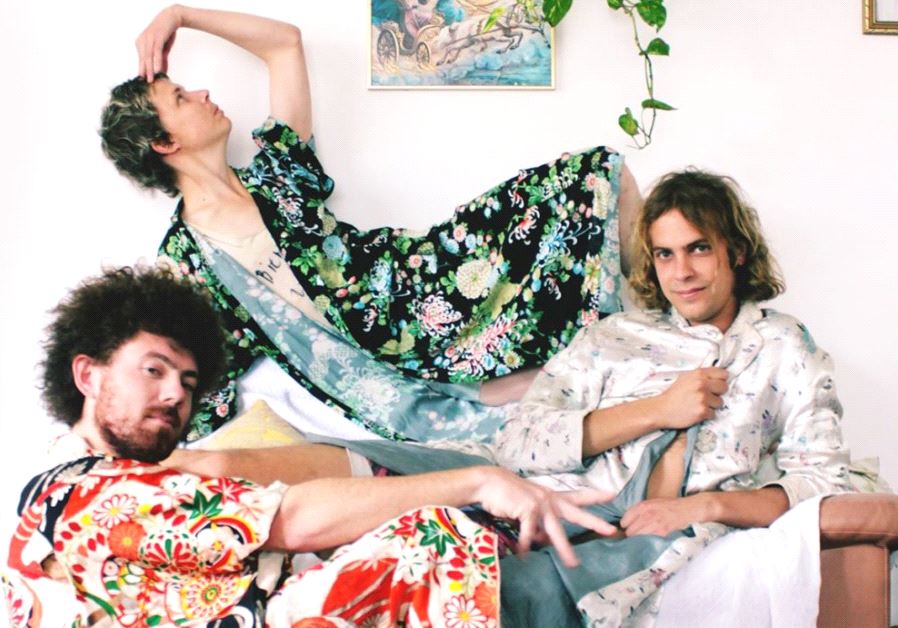 PondJune  13, Barby Club, Tel AvivTickets: NIS 184One of Down Under's sterling indie rock bands,  Pond is an offshoot of Tame Impala, who won Israeli hearts last year in Rishon Lezion. See them in an intimate club before they head off to Primavera and Coachella. Grade - 8 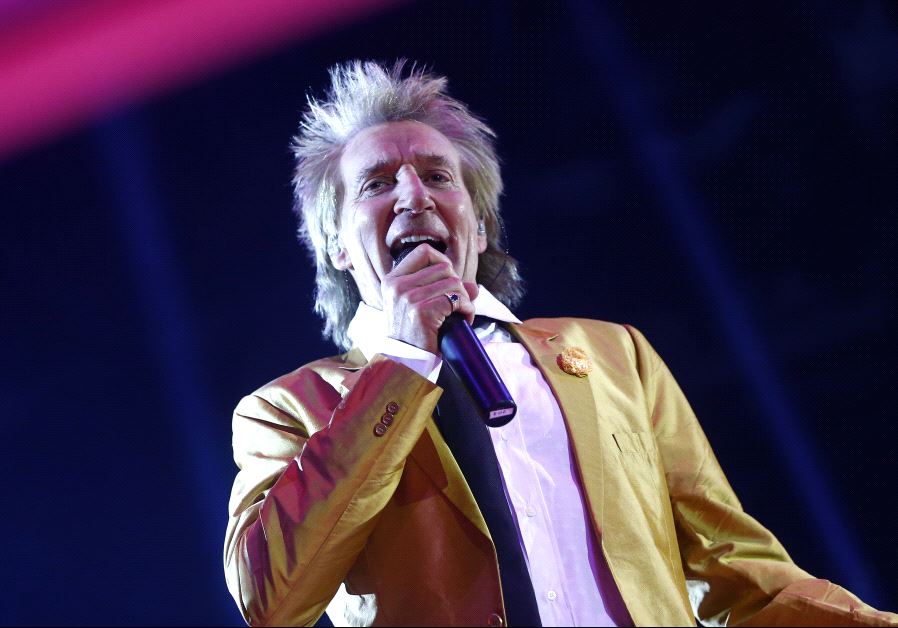 Rod StewartJune 14, Park Hayarkon, Tel AvivTickets: NIS 255- 795One of late 1960s/early 1970s rock's greatest singers and song stylists is sure to present a mixed bag jukebox – the great ("Maggie May") and the not-so-great ("Do Ya Think I'm Sexy) from his uneven career.   A Las Vegas revue in Tel Aviv.  Grade – 7

Jim GaffiganJune 30, Menorah Mivtachim Arena, Tel AvivTickets: NIS 194-354Some comic relief amid the music – the last time Gaffigan was in town, he did an impromptu set at the tiny Off the Wall club in Jerusalem. This time, even though it's full Seinfeld arena mode, it should still be just as funny. Grade - 8 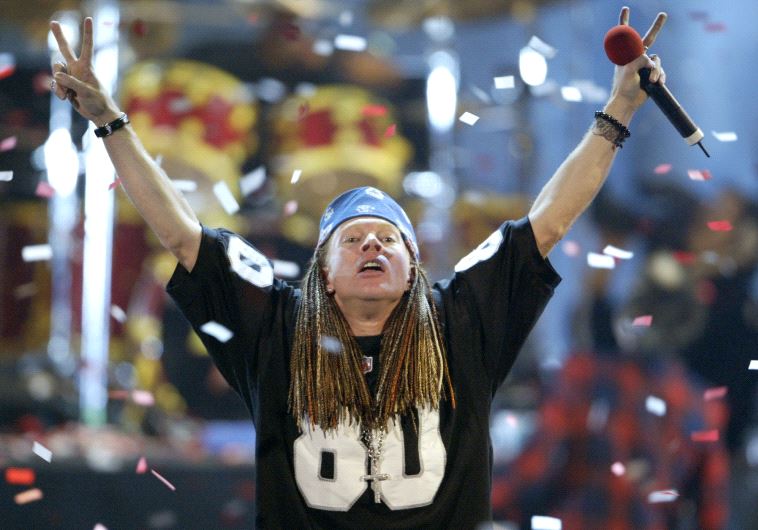 Guns & RosesJuly 15, Park Hayarkon, Tel AvivTickets: NIS 355 – 1,355The fabled hard rockers' 'Not in This Lifetime" tour marks their third appearance in Israel (the second with the core trio of Axl Rose, Slash and Duff McKagan). By all accounts, they're firing on all cylinders and Axl is  even showing up on time. Grade - 8 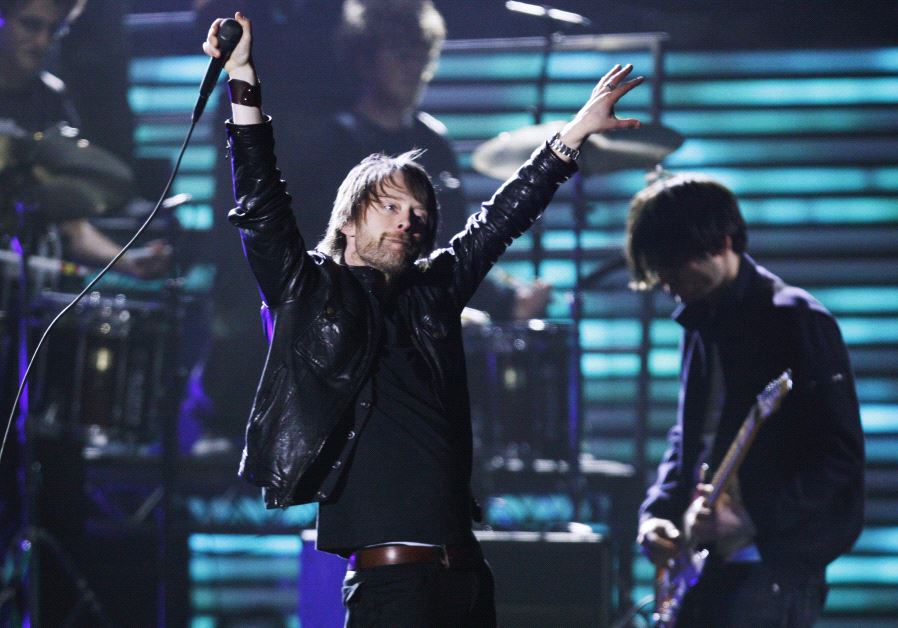 RadioheadJuly 19, Park Hayarkon, Tel AvivTickets: NIS 484Israel helped break them back in 1993, and the British superstars are returning the favor, albeit at a hefty price. The only fear is that Thom Yorke's haunting falsetto and the blips and bleeps of the band will be drowned out by fans yelling for "Creep." Grade - 9 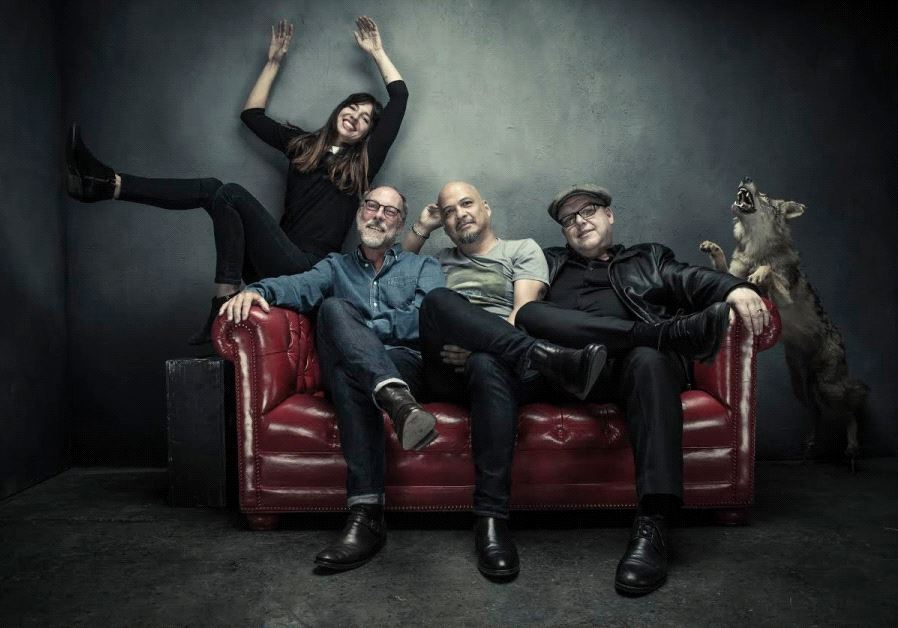 PixiesJuly 25, Caesarea AmphitheaterTickets:  NIS 204-366What are these aging Boston indie rockers doing in a classy place like Caesarea? Bringing the '90s back to life, albeit without Kim Deal. Based on their 2014 show here, expect a lot of music and no talk. Grade – 7.5 Tears for FearsJuly 5,  Menorah Mivtachim Arena, Tel AvivTickets: NIS 290-799The quintessential '80s MTV band (save for Duran Duran) make their Israel debut to perform hits like "Mad World," "Shout"  and  "The Seeds of Love." Nostalgia for a time nobody really liked that much. Grade – 5.5 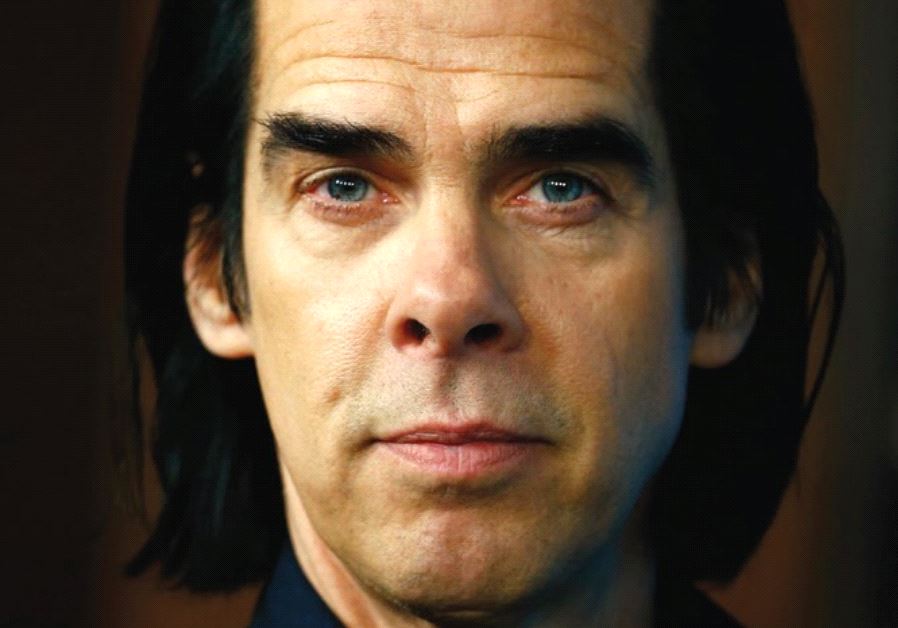 Nick CaveNovember  19-20, Menorah Mivtachim Arena, Tel AvivTickets: NIS 234The dark prince returns to Israel after a long absence at a career peak -  his 16th album Skeleton Tree, recorded after the death of his 15-year-old son, is one of his best. With Leonard Cohen and David Bowie gone, Cave carries the torch of stormy poetry and jagged hearts. Grade - 9 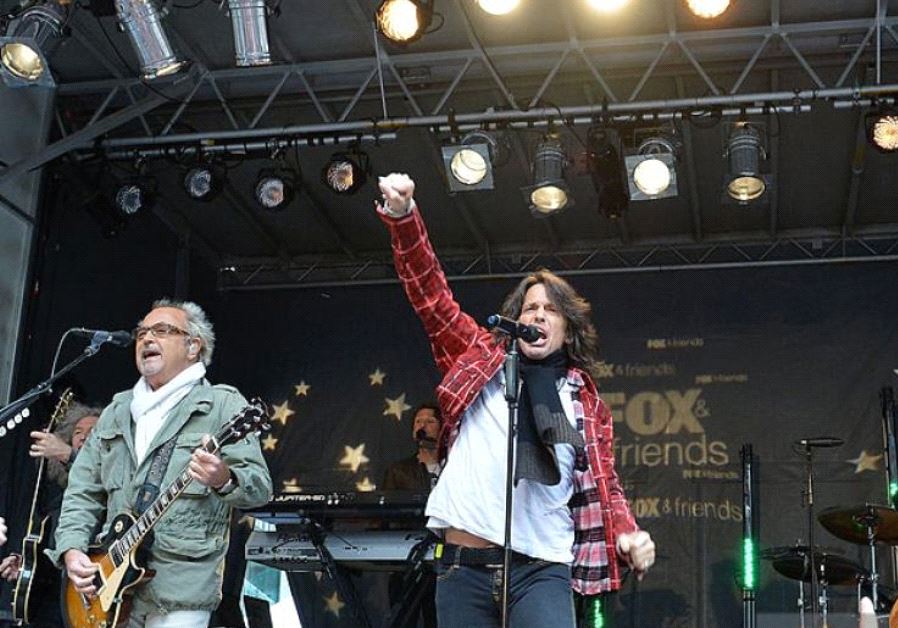 ForeignerDecember 2, Menorah Mivtachim Arena, Tel AvivTickets: NIS 204-604The Mick Jones-led classic rockers keep lumbering on with another visit to Israel as part of their 'Flame Still Burns' tour.  As pleasing and professional as it will be, does anyone really want to hear "Hot Blooded" again? Grade - 5