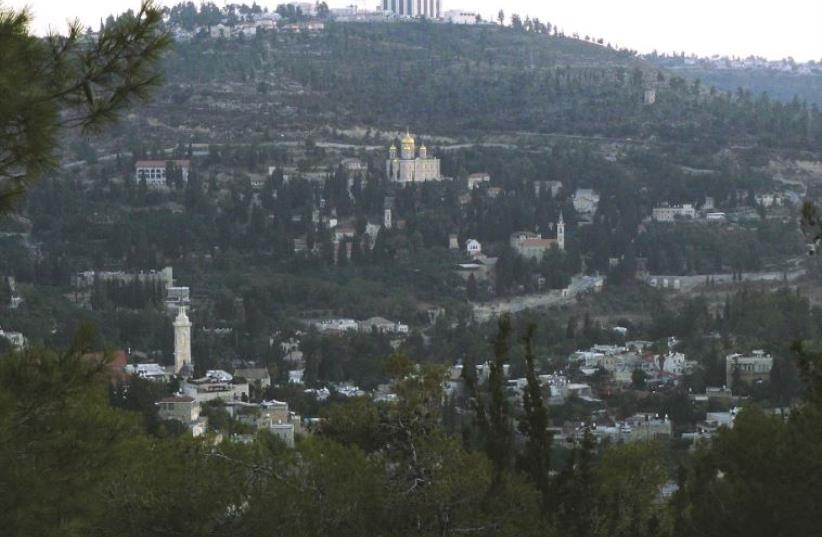 Church tradition holds that John was born in Ein Karem
(photo credit: DAVID SMITH)
Advertisement
There was nothing festival-like in the opening concert of the Israel Festival’s classical music section.All the festival did was shamelessly adopt the regular weekend concerts of the Eden-Tamir Music Center in Ein Kerem into its own programs, as though these concerts were a production of its own and did not take place permanently throughout the year, festival or not. Even the delicious soup offered in the intermission was the handiwork of the Music Center’s director Alexander Tamir, not a contribution of the festival.Classical music aficionados consequently had nothing to look for in the festival’s program – unlike previous years when the festival’s founder, Aron Tsvi Propes, whose name is not even mentioned in the festival’s program, made tremendous efforts to bring to Israel the world’s most celebrated musicians, even though he was not a musician himself but merely a government official who happened to like classical music. (Yes, once upon a time such a thing existed). With the present management’s addiction to modernity only, classical music seems to have become passé.As for the performance, the Phoenix Ensemble for period instruments, directed by Myrna Herzog, presented an impressive rendition of Bach’s Musical Offering. This is not music to sit back and relax to, but requires concentration to follow the intricate contrapuntal lines and enjoy their independence and mutual relationships. Phoenix achieved this admirably, with utmost transparency and differentiation of tone colors.A dazzling virtuoso rendition of Bach’s Chromatic Fantasy and Fugue by harpsichordist Marina Minkin deserves special mention.