The museum’s has prepared a jubilee of events that will cater to all musical tastes and genre persuasions. 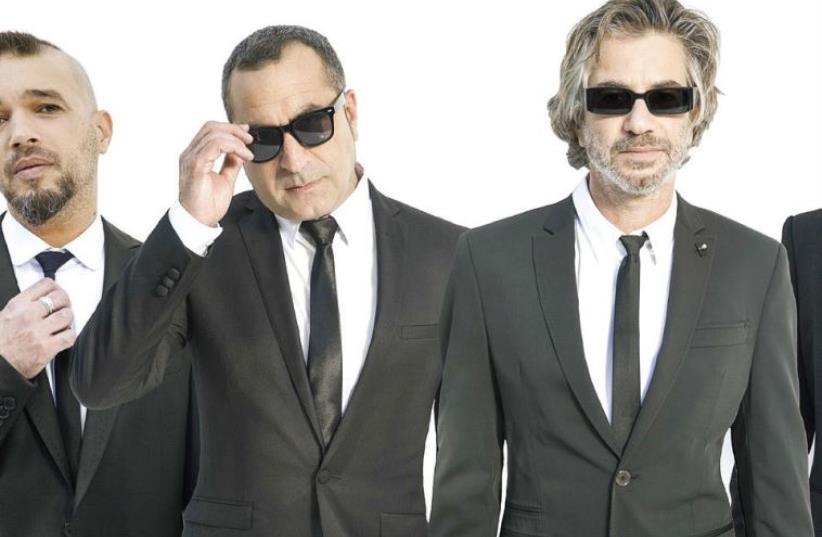 ISRAELI ROCK legends Mashina
(photo credit: TINO VACCA)
Advertisement
The Billy Rose Art Garden of the Israel Museum will rock and groove between July 27 and August 4, when it hosts a glittering roster of big-name acts from right across the musical spectrum.The summer program is part of the museum’s ongoing jubilee events and it looks like organizers have spared no expense to offer the public quality entertainment that will cater to all musical tastes and genre persuasions.First up is Mashina, often referred to as the country’s seminal rock group and which first took the stage in 1984.The show is being touted as part of the band’s 30th anniversary celebrations even though, to be accurate, Mashina disbanded in 1995 and did not reunite until 2003. The museum show will feature many of the group’s hits, from its early days playing gigs at the Tel Aviv hot spots of the ’80s and ’90s, such as Penguin and the Dan Cinema, through to its stadium-playing days.That will be followed by a show of a very different ilk, when international star vocalist Achinoam Nini (aka Noa) joins up with the Israeli Opera Soloists and the Israel Symphony Orchestra Rishon LeZion for a program of “numerous musical surprises.” Nini has been touring the world for over two decades with a repertoire that spans pop music, ethnic songs and classical works, including performing at the Vatican and representing Israel at the Eurovision Song Contest alongside Christian Arab singer Mira Awad. The museum show will take in arias from Rossini’s Barber of Seville, items from the Great Israeli Songbook and numbers from Broadway musicals.Rita has been delivering romance-infused material for around 30 years, so it comes as no surprise to see her appear on July 30 –Tu Be’av – with a reprise of her Ahava Gedola (Big Love) show which she premiered 20 years ago. In addition to the title song, Rita will perform other hits from the original repertoire, including “Erev Kachol Amok” (Deep Blue Evening), “Yemei Hatom” (Days of Innocence) and “Boh” (Come).The museum lineup stretches its geographic and cultural boundaries a notch or two on August 2 when it hosts the Global Klezmer concert, which will feature 50 players from Israel and around the world. The show will traverse a wide hinterland of subcultures and styles, and forms part of the inaugural Jerusalem International Klezmer Festival.The museum’s magical musical tour closes on August 4 with a North African- Spanish-oriented extravaganza which stars veteran guitarist-vocalist David Broza, who will present his Andalusian Love Song concert together with the Mediterranean Andalusian Orchestra Ashkelon under their young conductor Tom Cohen. The show features new arrangements of many of Broza’s time-honored numbers including “Beduin Love Song,” “On the River of Seville” and “It Will Be Fine.”All shows start at 9 p.m.For tickets and more information: (02) 677-1300 and www.imj.org.il.