As well as opera, the opera house hosts a cutting-edge dance season and offers five musical series from symphonic to a boldas- brass Revolution Series featuring the Revolution Orchestra. 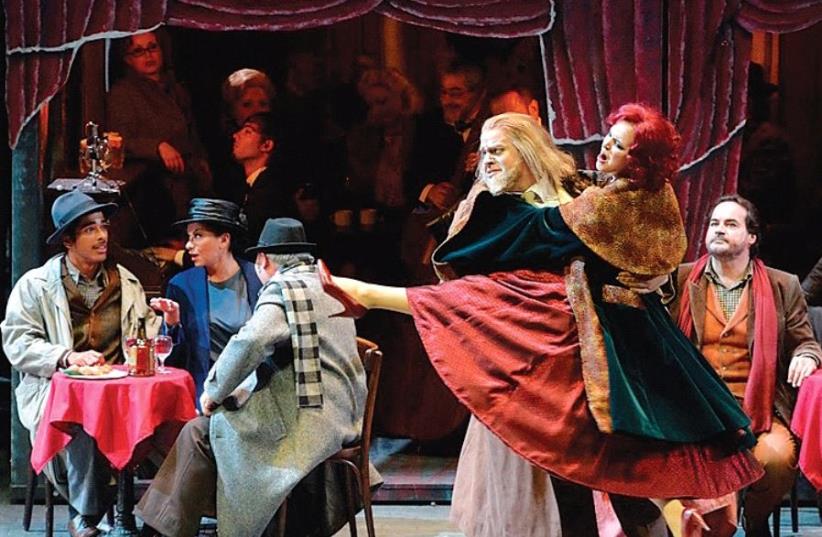 ISRAEL OPERA’S production of ‘La Boheme.’
(photo credit: YOSSI ZWECKER)
Advertisement
Back in 1985 when, to hoots of derision, the New Israeli Opera opened at the Noga Theater in Jaffa presenting Purcell’s Dido and Aeneas, just about the only thing Israeli about the opera was its name. Fast forward to 2017 and the Israel Opera (IO) features home-grown singers in the leading roles and home-grown designers backstage. In fact in Benjamin Britten’s haunting A Midsummer Night’s Dream (January 2018) the whole team is Israeli and in (yes) Dido and Aeneas (January 2018) and Carmen (July 2018) it’s most of the team.It’s a meaty season of seven productions starting with that perennial heartbreaker La Boheme (November and December, 2017), then comes the Britten followed by a new and trail-blazing production replete with video mapping of Mozart’s Don Giovanni (February 2018). The conductor is Daniel Oren, who’s also on the podium for Verdi’s Don Carlo (March 2018) so musical fireworks may be expected. The grandest of grand opera, Don Carlo tackles the fraught relationship between church and state, father and son. Then, for a treat, from Moscow comes The Tale of Tsar Saltan (May 2018) by Rimsky Korsakov based on a poem by Alexander Pushkin. It’s about swans, princes, jealous sisters, princesses and bumblebees. (It’s where “The Flight of the Bumblebees” is from.) And rather than at Masada, this summer the IO presents another Puccini favorite, Tosca, at Park Hayarkon (August 2017) and at the Crusader Fortress in Acre, Handel’s Julius Caesar in Egypt (August 2017) From 1985 to 2017 is 32 years, and IO has gone from strength to strength. Its productions fill the house. It is active in the community.It reaches out to children [disclosure: my grandson went from three to 10 mesmerized by the Children’s Opera Hour].As well as opera, the opera house hosts a cutting-edge dance season and offers five musical series from symphonic to a boldas- brass Revolution Series featuring the Revolution Orchestra (founded ’04).“We want the audiences to say ‘Wow!’” says general director Tzach Granit, who took over last summer from Hannah Munitz, who shepherded IO for 21 years, definitely initiating a wow factor.We’re game for “wow” too.