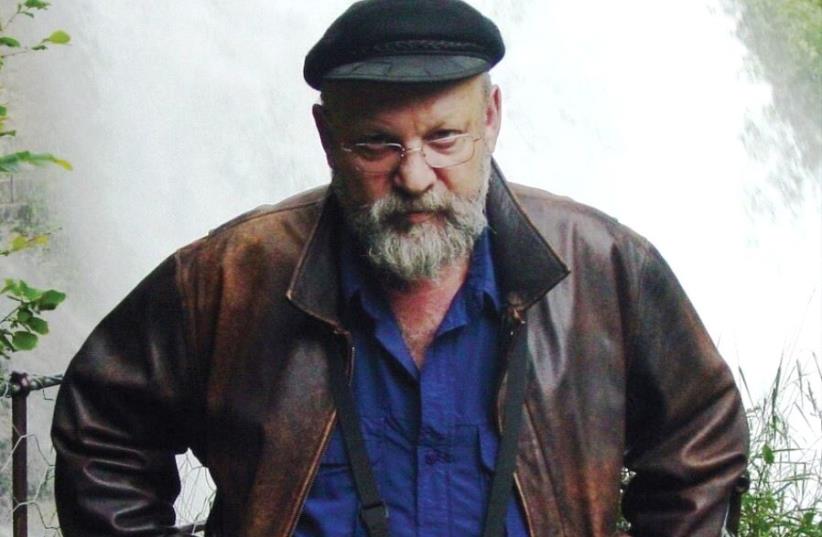 ‘WHEN YOU are taking a photograph, you are taking the soul of a person to some extent... I had a lot of motivation to make something that told a story through pictures,’ says veteran Israeli photographer Ya’akov Shofar.
(photo credit: Courtesy)
Advertisement
The Israel Museum is currently featuring two concurrent photographic exhibits. Both provide intimate looks into immigrant communities whose circumstances represent a chapter in Israel’s history. Ron Amir’s Doing Time in Holot presents images and video documenting the lives of Sudanese and Eritrean asylum seekers being held in the Holot Detention Center. Ya’akov Shofar’s “Born In Israel” is a collection of 30 black and white photographs taken between 1978 and 1982 and depicting the Israeli Black Panthers, a group of second-generation Jewish immigrants from Arab countries. In honor of the museum’s 50th anniversary, Shofar gifted the entire collection to the museum. The collection was previously shown once at the Haifa Museum of Art in 1983. Both exhibitions are on view until April 22. Shofar sat down with The Jerusalem Post to discuss Israel in the 1970s, the New Deal and how photographs capture the soul.What was going on in Israel during the five years that you took these photos? It was a terrible time in our country. On the one hand, if I was a psychiatrist, I would say it was a people suffering from manic depression. We started the 1970s thinking that Moshiach was coming, after the 1967 War when Jerusalem was ours. On the other hand, we started the 1970s with a lot of terrorism and the Yom Kippur War. There was not one year that we didn’t have a dramatic security situation at Ben Gurion Airport. There was the kidnapping and killing at the Olympics in Munich. But during this time period, we also had Maccabee Tel Aviv taking the championship and an Israeli woman won Miss Universe.The Black Panthers starting demonstrating in 1971. The government and Israeli society were terrified by these demonstrations. There was a lot of money put into the immigration of Russian Jews and the Black Panthers felt neglected. They weren’t given a chance to build themselves or enter into the modern life. In order to survive, a lot of them were gangsters who stole, sold drugs and used drugs. I started to work on this project when I was at [the] Bezalel Academy of Art [and Design in Jerusalem]. We had an assignment centering around the slogan “how the other half lives.” It was based on an American photographic concept of looking at neighborhoods and investigating how we can express it in photographs. I remained in this project for five years.I moved in 1988 to Kibbutz Ein Hashofet, where I still live today. In Hebrew, it means “the judge.” The judge in this case is Louis Brandeis. If I’m looking back in history, it’s connected to photography and to the New Deal. In order to pass the New Deal, they [...] took 20 of the best photographers from America and sent them to rural areas, where bad weather and poverty created a lot of damage for a huge population of farmers. They were trying to pass laws in America in order to support these people. Brandeis, as a Jew, tried to help the president to pass the right laws for the New Deal. I took the ideas of these 20 photographers. They were the influence for my work. Being a part of a kibbutz that is named after Brandeis was coming full circle for me.So your motivation for “Born In Israel” was more than just artistic? Yes, I had good connections with social workers and people who tried to support the Black Panthers here in Israel. The social workers helped me get connected to them. I visited them in jail. Basically, once a week, I was part of them. I would talk and make good contacts with them. I watched as they learned that they had to get more organized and put pressure on the government to get what they wanted. They met Golda Meir in 1971. The result was not so good. After that, they were being arrested and their lives were miserable. I found them to be great, suffering people. They told me the stories of their lives, that I recorded. There are hundreds of hours of stories that are now in the Israel Museum’s collection, as well as 320 photographs. I gave them all. When you look at these photographs, you see a whole generation of people who wore [their emotions] on their faces all the time. I’m very pleased with the photographs. It shows how open they were to me. I really loved them. They trusted me because I never gave up. I went every week for five years. I became a part of the environment. I’m not an activist; I didn’t go with them to demonstrations. My philosophy was that I wanted to meet them in an intimate way in order to express their souls.Did you feel sympathetic to their cause?

Of course, they are very sensitive and you cannot fool them. You can’t approach them if they don’t trust you. Trust doesn’t mean that I had to agree with every word that they said, but at least to listen and give respect. I met people who were very violent, selling and using drugs, stealing. But it was because of their situation and it doesn’t mean that they are not human beings. In order for them to be able to share with me the most intimate dialogue, which is to take a picture. When you are taking a photograph, you are taking the soul of a person to some extent. They knew that I was coming from academia and that I was not going to sell the pictures. Because I felt sympathetic, I got these results.It’s amazing that it all started as a school assignment.Yes, in 1976, a project for advanced students. For me, it was a door to a very deep project for many years. I received the Israel Young Photography Prize in 1983. I was very young. I started this work when I was 30 and I was 36 when I received that prize. In 1984, I [put together] a book that had the same title. Later on, I decided not to continue photography professionally. I had five kids and I started to work in a factory as a business development manager. In 2014, Bezalel celebrated 30 years of their photography department and all of the teachers and alumni were invited. They had a poster of my work displayed. When I left, my friends from 30 years ago suggested that I offer the work to the Israel Museum.Were you aware at the time when you were involved with this project how significant it was? I had a lot of motivation to make something that told a story through pictures.Looking back is different because I have the perspective now. When you make art, you never know what will be the influence.You think about being accurate, technical issues, emotions, and creating the best work that you can. I went on my intuition a lot. At that time, it was an experiment really. I went to find new things, make new contacts. It was a trip! For more info on ‘Born in Israel’ visit www.imj.org.il
Advertisement
Subscribe for our daily newsletter