Israeli cinema on the way to American theaters

From features like ‘Presenting Princess Shaw’ to docos like ‘Tikkun,’ Israel will be represented this summer in the US. 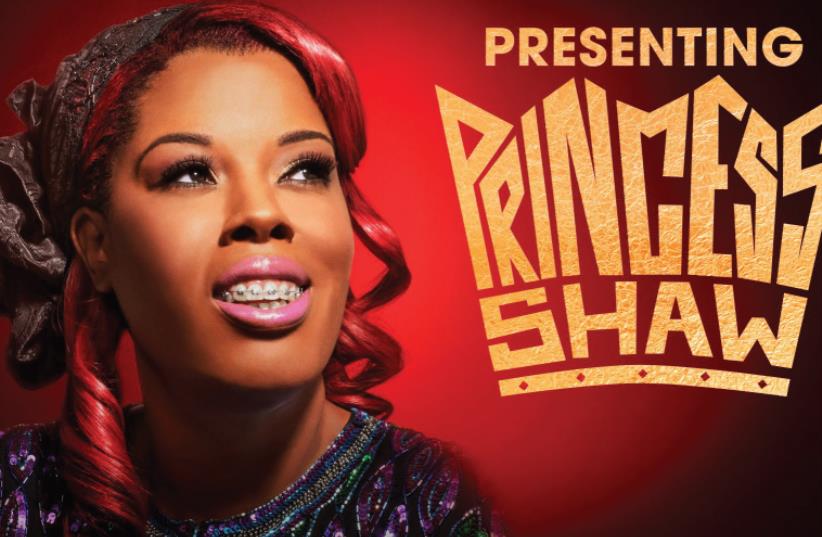 THE DOCUMENTARY ‘Presenting Princess Shaw’ was a big hit at The Jerusalem Film Festival.
(photo credit: Courtesy)
Advertisement
The summer movie scene is getting underway and Americans can look forward to a number of the best recent Israeli movies landing in their local theaters soon.Presenting Princess Shaw, which was a huge hit at the Jerusalem Film Festival last summer and which is currently playing all over Israel, is coming to the US on May 27. The crowd-pleasing musical documentary, directed by Ido Haar, tells the story of Samantha Montgomery, who goes by the stage name Princess Shaw, a struggling singer/songwriter in New Orleans whose music helps her cope with the abuse she suffered as a child and whose day job is working in a nursing home.Enter acclaimed Israeli musician Kutiman, who edits YouTube videos together into musical compositions. His work has been the subject of a tribute at the Guggenheim Museum in New York.When he discovers Princess Shaw and features her work in a video, her life changes overnight. This inspiring and enjoyable movie received a standing ovation at the Jerusalem Cinematheque in March, the first one I remember in over 30 years of seeing movies there. If you can, attend a screening in which Princess Shaw and Kutiman and his band perform after the film.Erez Laufer’s acclaimed documentary Rabin In His Own Words will be released in the US on May 6. This movie uses interviews, letters, news clips and home movies to tell the story of Yitzhak Rabin’s life. It’s a quick look at Israeli history, as well as an in-depth portrait of a fascinating leader, a man of great contradictions whose life was cut short by an assassin’s bullet two decades ago. Rabin’s ability to understand and work with those he opposed politically will make you keenly aware of how few politicians around the world seem capable of doing this today. This film is far more engrossing than Amos Gitai’s docudrama Rabin, The Last Day, which is more about Rabin’s death than his life.Tikkun, which opens in the US on June 10, is a strange but unforgettable film.While it definitely is not for everyone, this drama, directed by Avishai Sivan, who grew up ultra-Orthodox, looks inside the troubled mind of a yeshiva student. Even at the beginning of the film, he is conflicted over his sexual impulses and fasts as punishment, but after he suffers a head injury, he begins slowly descending into a kind of madness. The movie won the prize for the best feature film at the 2015 Jerusalem Film Festival, as well as awards at film festivals around the world. It is shot in black and white, with extraordinary cinematography by Shai Goldman, whose work received a special mention at the Locarno International Film Festival. Audiences should be prepared for the fact that there is some nudity in the film.Shemi Zarhin’s The Kind Words is a family drama that was a big hit last year in Israel.It stars several of Israel’s most popular actors, among them Rotem Zissman-Cohen, Roy Assaf, Assaf Ben-Shimon and Tsahi Halevi (the actor who became a star after he appeared in Bethlehem). The Kind Words tells the story of three adult siblings – a sister and two brothers – who learn a shocking secret after the death of their beloved mother, and head for Europe to find out more.There are strict, if unwritten rules, about when movies are released in the US. The top, Oscar-bait season is late September to December, and the summer season, which tends to feature more blockbusters, is May through July. August, especially late August, when a great many people are away on vacation, is the time for releasing the movies that the distributors do not have high hopes for, although they may actually be great. So it is with surprise that I report that Natalie Portman’s A Tale of Love and Darkness, her adaptation of Amos Oz’s memoir and her directorial debut, is slated for release on August 19. I thought it was a wonderful movie, and that Portman’s performance as Oz’s mother was excellent. I hope that audiences who still enjoy movies with subtitles – a dwindling number, according to distributors – will turn out for this movie, which was I put on my 2015 10 best list.