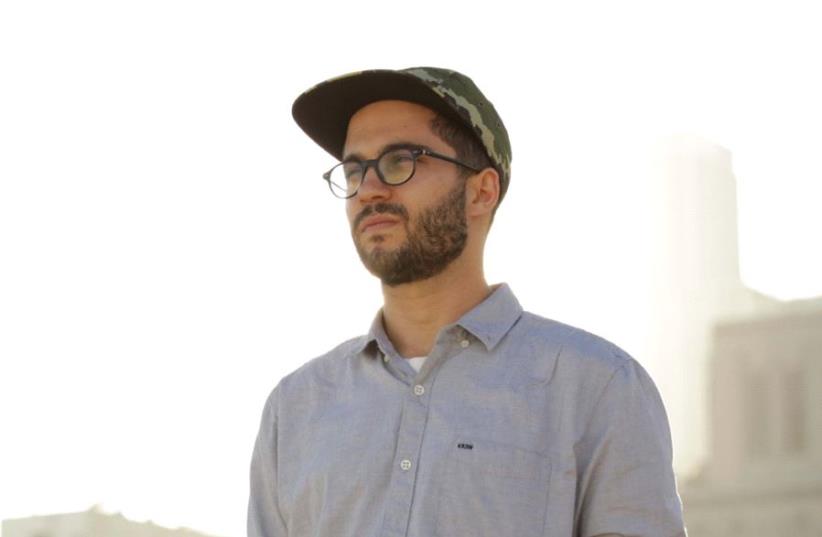 Israeli hip hop artist Michael Cohen
(photo credit: THEO JEMISON)
Advertisement
Israeli hip hop artist Michael Cohen aka Cohenbeats, in collaboration with Los Angeles-based record label Stone Throw Records, has just released his debut album, Daily Affirmations.According to Stone Throw Records, Cohen started his musical career at 17, rapping and making beats as part of the local Israeli hip hop trio Cohen@Mushon (with Michael Moshonov). Influenced by the Native Tongue movement, the band introduced a new style of Tel Aviv hip hop, and achieved mainstream success with two albums and extensive tours.After relocating to Los Angeles in 2011, Cohen connected with local beat-makers including Gaslamp Killer, Samiyam and others. Cohen returned to Tel Aviv in 2013.In an exclusive interview on the Stone Throw Records website, Cohen spoke about his album’s title track, “Daily Affirmations,” which features rapper Quelle Chris: “Being a hip hop artist in Israel is not easy sometimes. Coming back here after almost two years of living in LA, I felt happy to be home, but feared that I might have taken a step away from my big dreams, and that my future is uncertain. The song – which talks about believing in yourself – really spoke to me deeply. In a way, each beat I make is like a daily affirmation for me. A reminder to keep going and do what I love.”To listen to Cohenbeats ‘Daily Affirmations’ visit https://soundcloud.com/cohenbeatsaredope.