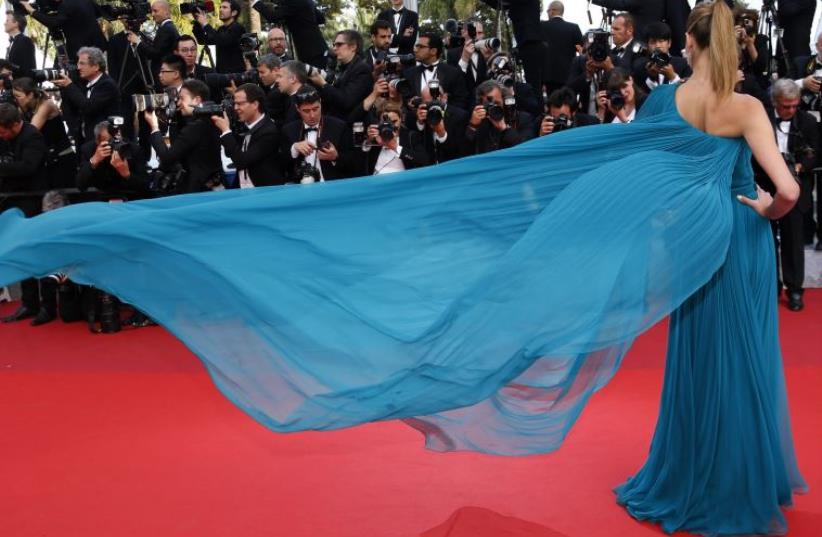 The 2016 Cannes Film Festival
(photo credit: REUTERS)
Advertisement
For the sixth year an Israeli medical-cosmetic magnate was at the glamorous Cannes Film Festival, preparing the stars for the red carpet. Ronit Raphael, originally from the central Israeli moshav of Pedaya, got her start at the age of 18 working in a salon. After her army service in 1986 she opened her own salon in Tel Aviv. In 2009 she began to make up the faces of the celebrities at the Cannes Film Festival. This year's star-laden 69th annual film festival will run until May 22.
(Ronit Raphael at the 2016 Cannes Film Festival. Credit: PR) At this year's festival Raphael treated the stars, including model Irina Shayk, French actress Juliette Binoche and American actress Julianne Moore.Raphael wasn't the only prominent Israeli featured at the festival this year, the country's Culture and Sports Ministry also sponsored a pavilion showcasing the Israeli Film Industry.
Advertisement
Subscribe for our daily newsletter